Damien Ferguson was officially charged with aggravated assault against his estranged wife and the murder of officer Dylan Harrison. 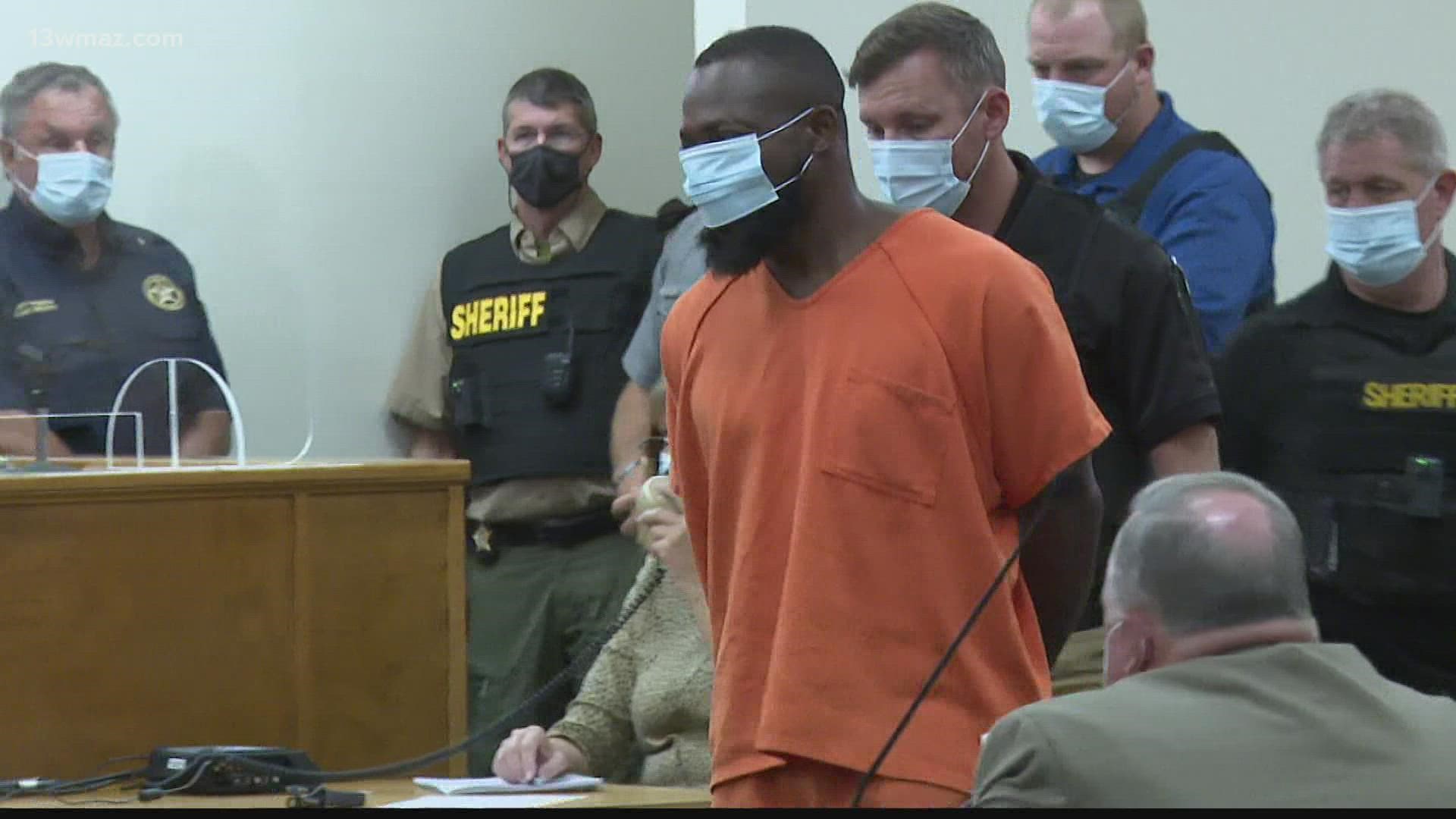 WHEELER COUNTY, Ga. — The man accused of killing an Alamo police officer made his first appearance in court Tuesday.

Damien Ferguson was arrested Sunday and charged with the shooting death of Dylan Harrison early Saturday.

Tuesday afternoon, there was a huge law enforcement presence inside and outside the Wheeler County Courthouse.

Dozens of officers lined the side walls of the courtroom as Damien Ferguson was escorted out by a few officers.

During his first court appearance, Ferguson was officially charged with aggravated assault against his estranged wife, and the murder of officer Dylan Harrison.

"The investigation is very early in its stages," District Attorney Tim Vaughn  said.

"The next thing that he can do is request a commitment hearing, which is simply a probable cause hearing. The same judge would hear a kind of a skeletal version of the evidence and make a determination whether that was probable cause to arrest him in the very beginning," Vaughn said.

Ferguson was arrested Sunday after Officer Dylan Harrison was shot and killed Saturday.

It lasted less than 15 minutes.

"You prepare for all cases in a very thorough manner, but of course, a case in this nature, it's one of the most serious cases you can get called upon to prosecute," Vaughn said.

Vaughn also says they still don't know whether Ferguson will request a public defender or a lawyer.

Whether Ferguson can get out on bond is still undecided.

Ferguson served 8 years in prison for aggravated assault on another officer in 1998.