'They bet on the fights': How to find out if your dog is involved in an alleged Central Georgia dog fighting ring

The United States Attorney's office in the Middle District of Georgia says all seized dogs are always scanned for microchips. 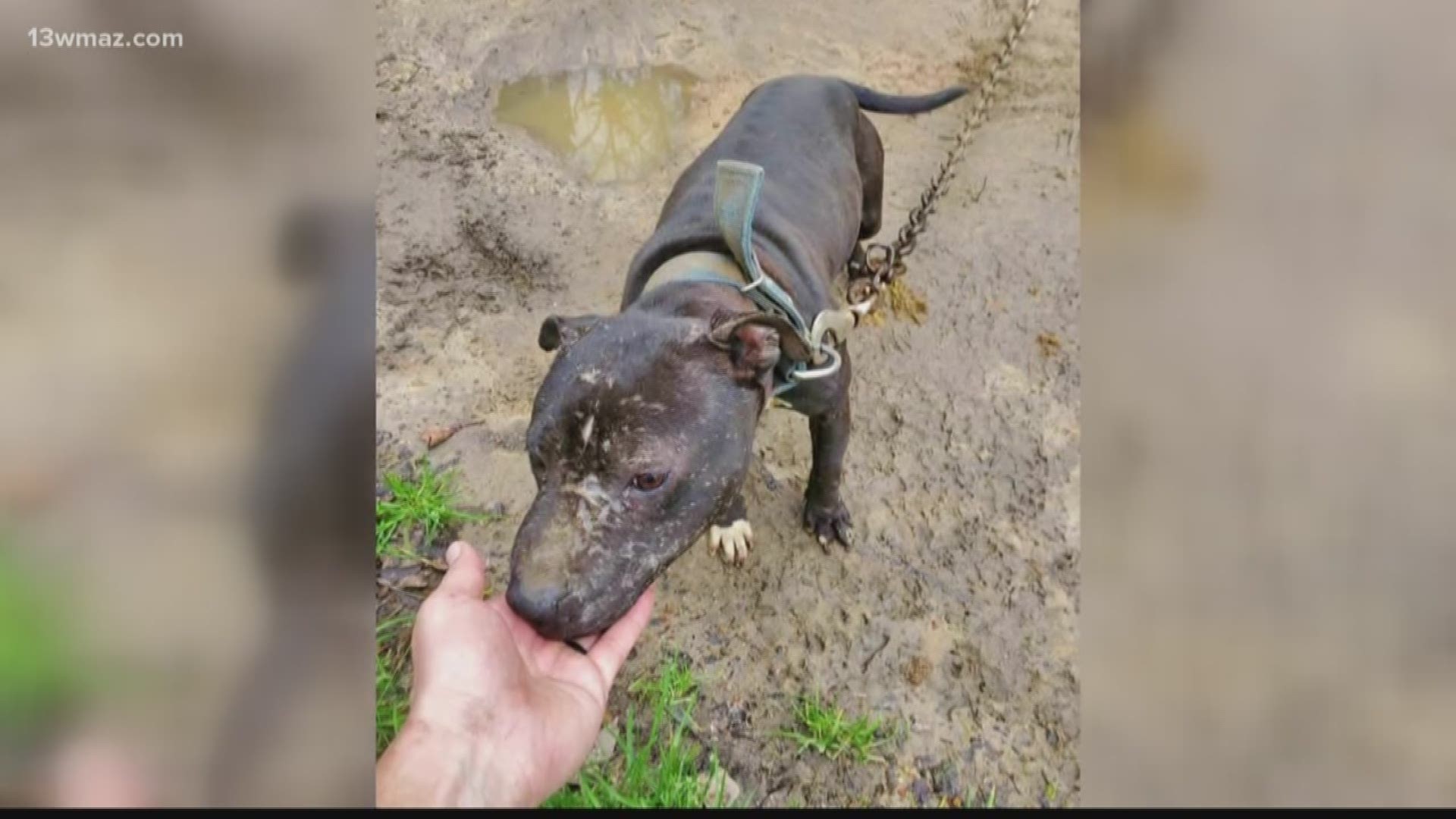 MACON, Ga. — United States marshals worked with other law enforcement to rescue more than 160 dogs from an alleged dog fighting ring with ties to Central Georgia.

Many viewers called and emailed 13WMAZ wondering if their lost dog was in that group.

A press release from the U.S. Attorney's Office in the Middle District of Georgia says officers searched 11 different sites on Wednesday including Macon, Warner Robins, and Fort Valley.

Melissa Hodges with the U.S. Attorney's Office says all seized dogs are always scanned for microchips and almost all of the dogs never have one.

Back in 2018, Dodge County Sheriff Lynn Sheffield encouraged people to secure their dogs after a dog fighting bust involving more than 60 dogs.

"In a rural area, my suggestion is to keep the dogs pinned up," said Sheffield.

A press release says many of the animals were malnourished with scarring and serious injuries.

Deese says it's a harsh reality law enforcement is working to fight.

Hodges says a legitimate pet owner's lost dog is unlikely to end up in an organized dog fighting operation. She says staff will review photos of all the seized dogs and compare them with photos of missing pets.

If you want to check if your dog ended up in an organized dog fighting operation you can email melissa.hodges@usdoj.gov.

There have been no arrests on federal charges at this time.

RELATED: Judge throws out most of Crawford man's lawsuit over dog beheading

RELATED: 'I went in and got my shotgun': Neighbors say dogs that may have killed man have been trouble in the area