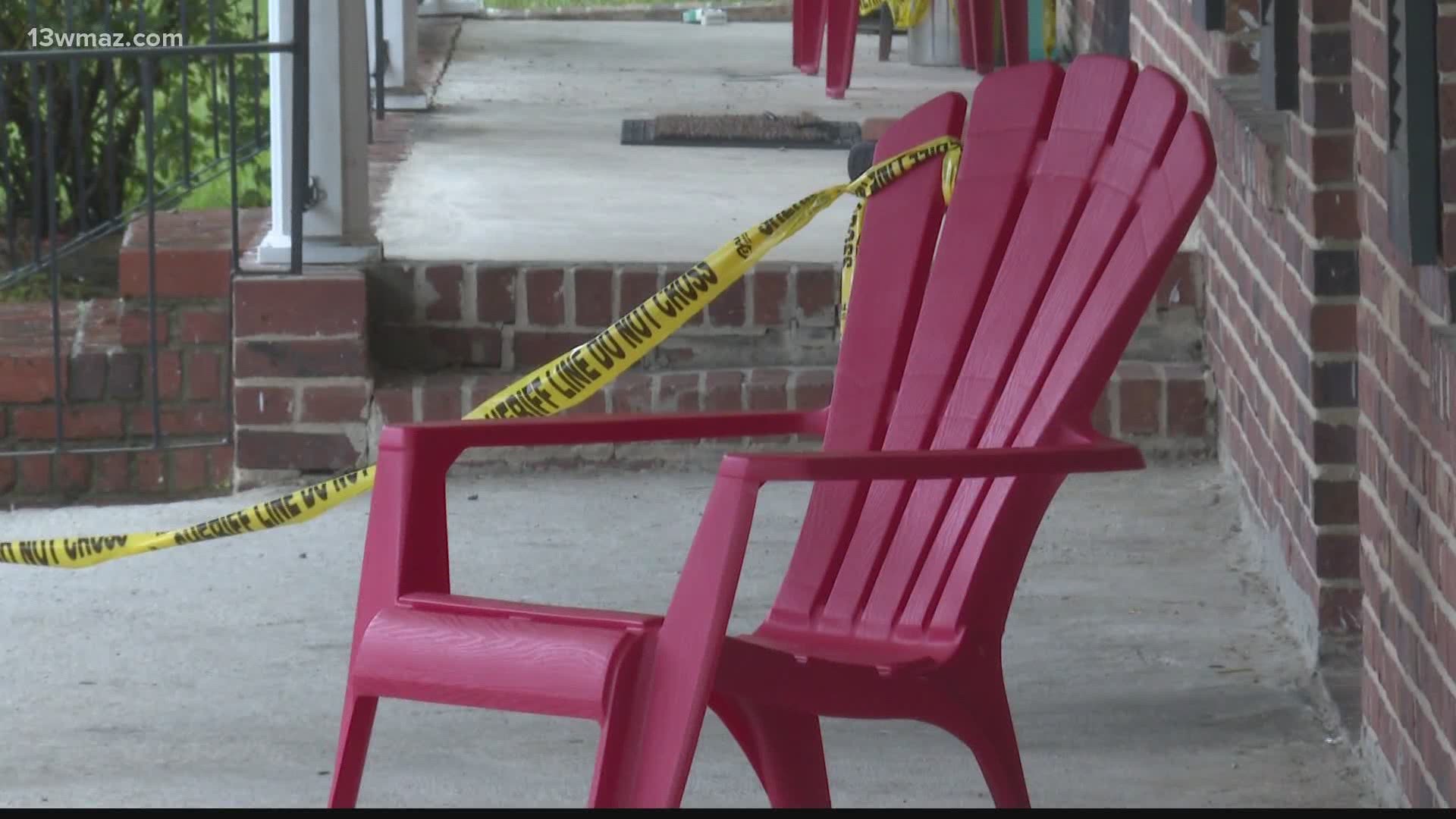 MACON, Ga. — A 13-year-old girl is in critical condition after being shot inside her grandmother's home Thursday morning.

The Bibb County Sheriff's Office says shots rang out shortly after two young girls got into a fight.

The victim's grandmother, Rhonda Hall, has identified her wounded granddaughter as Li'Princess Hall. She allowed 13 WMAZ into her apartment where the fight happened and walked us through what she saw.

It all started at around 11 a.m. when an unexpected visitor showed up at the doorsteps of Hall's home.

"[I heard] a knock knock at the door. I said, 'Yes, baby, who you want?' She says, 'Li'Princess.' I said, 'Well, Li'Princess can't have company here and I don't like kids in my house, and why aren't you doing you work?'  She says she's on her break," Hall said explaining the conversation.

Hall says she let the girl talk to Li'Princess, but only for a little bit, saying she had to get back to her schoolwork. After Li'Princess was outside talking to the girl for a few minutes, Hall says she came back inside and closed the door. Hall says the other girl barged through the door and a fight broke out between the two girls.

Hall managed to get the other girl out of her home, but then, the Bibb County Sheriff's Office says that girl shouted to several men outside telling them to shoot.

Bibb County Sheriff's Office says one of those men fired several shots, hitting the home and striking Hall's granddaughter in the back.

"Next thing I know when I shut the door, go around into my bedroom, my grandbaby is on the floor. She says, 'Grandma, I can't feel my leg,' her leg's burning. When I turned her over and saw that blood, I went out the door hollering," Hall said.

Hall said she was trying to find help. By the time deputies arrived, the suspects had fled the scene.

"They came over here to kill. I don't care -- I'm going to say kill. If you look at my house...," Hill said looking back at the bullet holes scattered across the front of her apartment.

The Bibb County Sheriff's Office says the 13-year-old girl is in stable but critical condition. Hall says her granddaughter was airflighted to a hospital in Atlanta for treatment around 6 p.m. on Thursday.