'They got my wallet': Bibb deputies searching for person wanted in car break-ins reported at Amerson River Park

Worsham is connected on Facebook with other people who suspect they were hit by the same thief, on the same day. 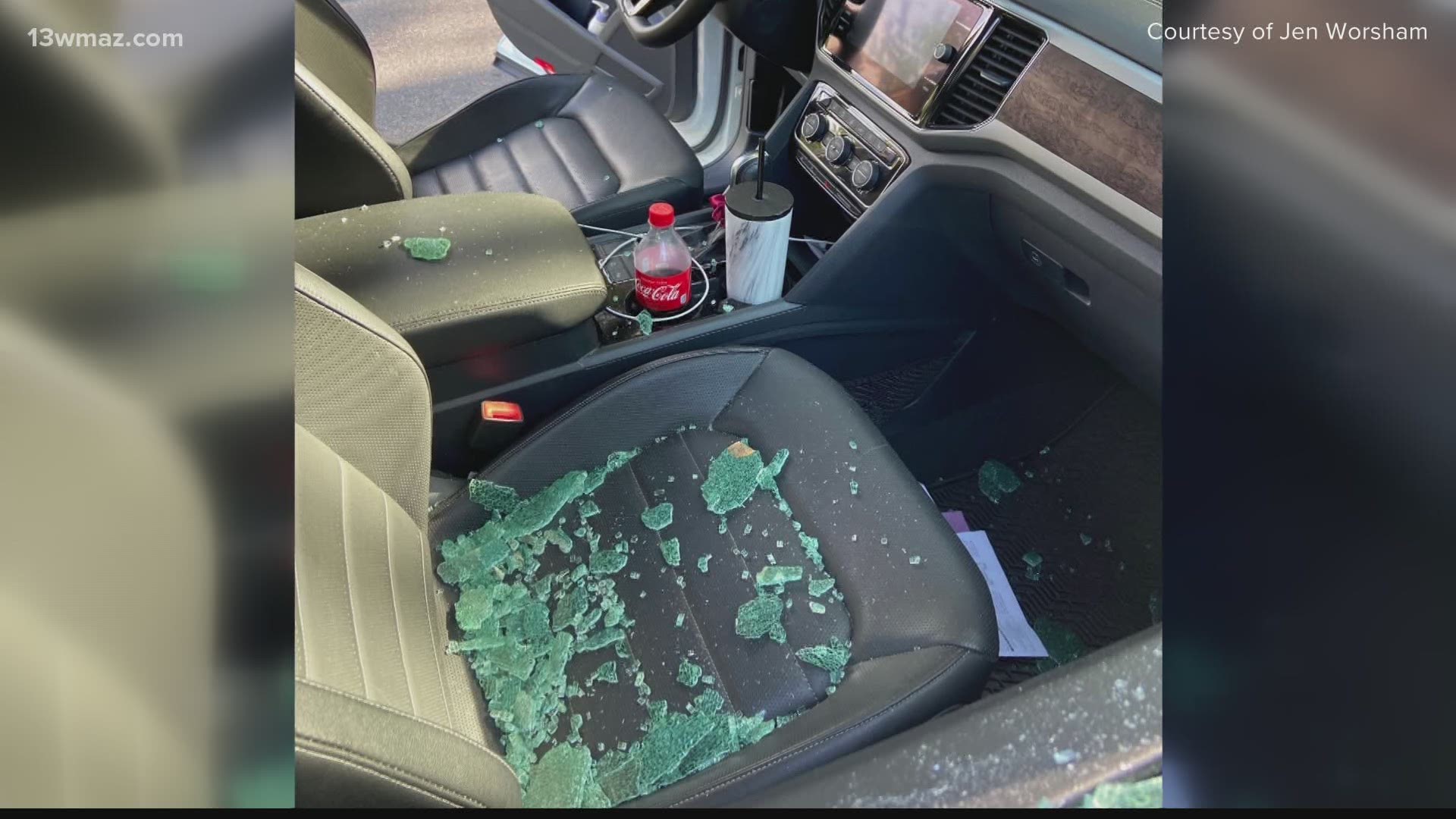 The Bibb County Sheriff's Office is searching for a person connected to a car break-in that happened at Amerson River Park.

One woman lost a purse full of personal belongings.

A family came to the park to just enjoy the afternoon, but when they got back, their car was smashed in.

Jen Worsham and her husband James go to Amerson River Park with their two boys all the time.

"We come here at least once a week," said Worsham. "It's super-safe."

However, one recent visit stands out.

Worsham said, "We were out here, parked over by the lookout area. We walked the path over to the playground and played there for a little bit and came back, and when we came back, there was a family. They were just standing outside of their car and it kind of looked like they were waiting for something."

That's when they told her to look at the other side of her car.

"We walked around and saw it was busted out," said Worsham. "I immediately remembered I left my purse in the floorboard."

She also said, "They got my wallet, which had my driver's license and all of my cards."

In addition, they got away with birthday cash, AirPods, and other personal items.

A car parked just a little ways down also got broken into.

"When we were waiting for the police, this other girl and I both kept getting notifications like fraud alerts from our cards," said Worsham.

According to their incident report, the crime happened during the daytime on April 15.

Now, the Bibb County Sheriff's Office is asking for the public's help in identifying and locating the woman seen in surveillance pictures, because she is wanted in connection to Worsham's case.

According to the sheriff's office, the woman is seen on surveillance using the victim’s stolen credit cards.

"Since she has access to my bank account, I have to actually close the bank account," said Worsham. "It's always just a pain to change out all your stuff."

Worsham is connected on Facebook with other people who suspect they were hit by the same thief on the same day.

She says the link is that the thief used the same name on both forged checks.

Worsham said, "This woman from Perry reached out to me because she found my post on Facebook. She's been doing a lot of research. She had two checks that were forged. One was in one person's name and a second check was in a second's person's name. She found that second person who actually lives up in Nashville and she got her car broken into in Nashville, got her social and driver's license."

According to the sheriff's office, the woman is seen on surveillance using the victim’s stolen credit cards.

Anybody with information on the case can call Macon Regional Crimestoppers at 1-877-68-CRIME.