'This is the wrong county to pick to steal from': Deputies release video from multi-county chase

ALPHARETTA, Ga. — Five teens landed themselves behind bars after they allegedly led law enforcement officers on a chase last week.

Monday, authorities released dashcam and bodycam video from the multi-county chase that crossed through Cherokee, Forsyth and Fulton Counties on Friday morning.

"This is the wrong county to pick to steal from," Forsyth County Sheriff's Office said on it's Facebook page. "It’s just not going to end well for you. We do pursue, our K-9 does bite, we have great partnerships with police in our neighboring areas, and we DON’T catch and release."

Early Friday morning, deputies said they were notified that multiple suspects broke into cars in the Evans Farms Subdivision.

Deputies obtained surveillance video from residents in the area and alerted surrounding agencies to be on the lookout for the suspects. Forsyth deputies said Cherokee County Sheriff’s units near the county line attempted to stop two vehicles, but they both sped off.

"And of course FCSO pursued both vehicles, which were … you guessed it, stolen," deputies said.

The video, close to nine minutes long, begins showing the dascham video from the first pursuit.

You see an SUV speeding down the highway, not stopping at any of the traffic signals. A timestamp from the video shows it happened around 2:45 a.m.

Forsyth authorities said one of its sergeants successfully preformed a PIT maneuver, quickly resulting in two suspects being taken into custody.

Deputies said spike strips were used on Georgia 400 to get the SUV to stop. You can see the vehicle on the side of the road, with a door open.

The suspects that were inside reportedly ran from the vehicle to a Alpharetta apartment complex.

Body camera video shows part of the manhunt, along with the K-9 unit responding.

The sheriff's office said the search continued for the next four hours - so long that power for the body camera the deputies were wearing had been drained.

"Three additional suspects are in custody, one left with a K-9 bite to remember #youcantoutrunK9," deputies said.

The suspects were found in a vacant apartment. 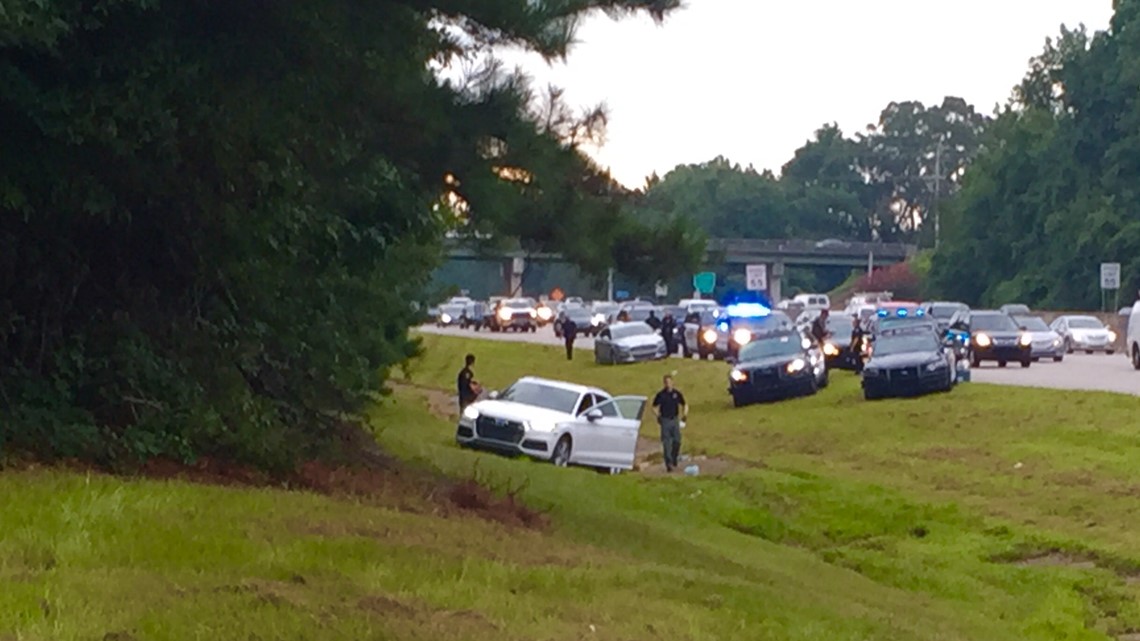 UGA to screen all incoming freshman for mental health issues

Man critically wounded in shooting at Waffle House in DeKalb