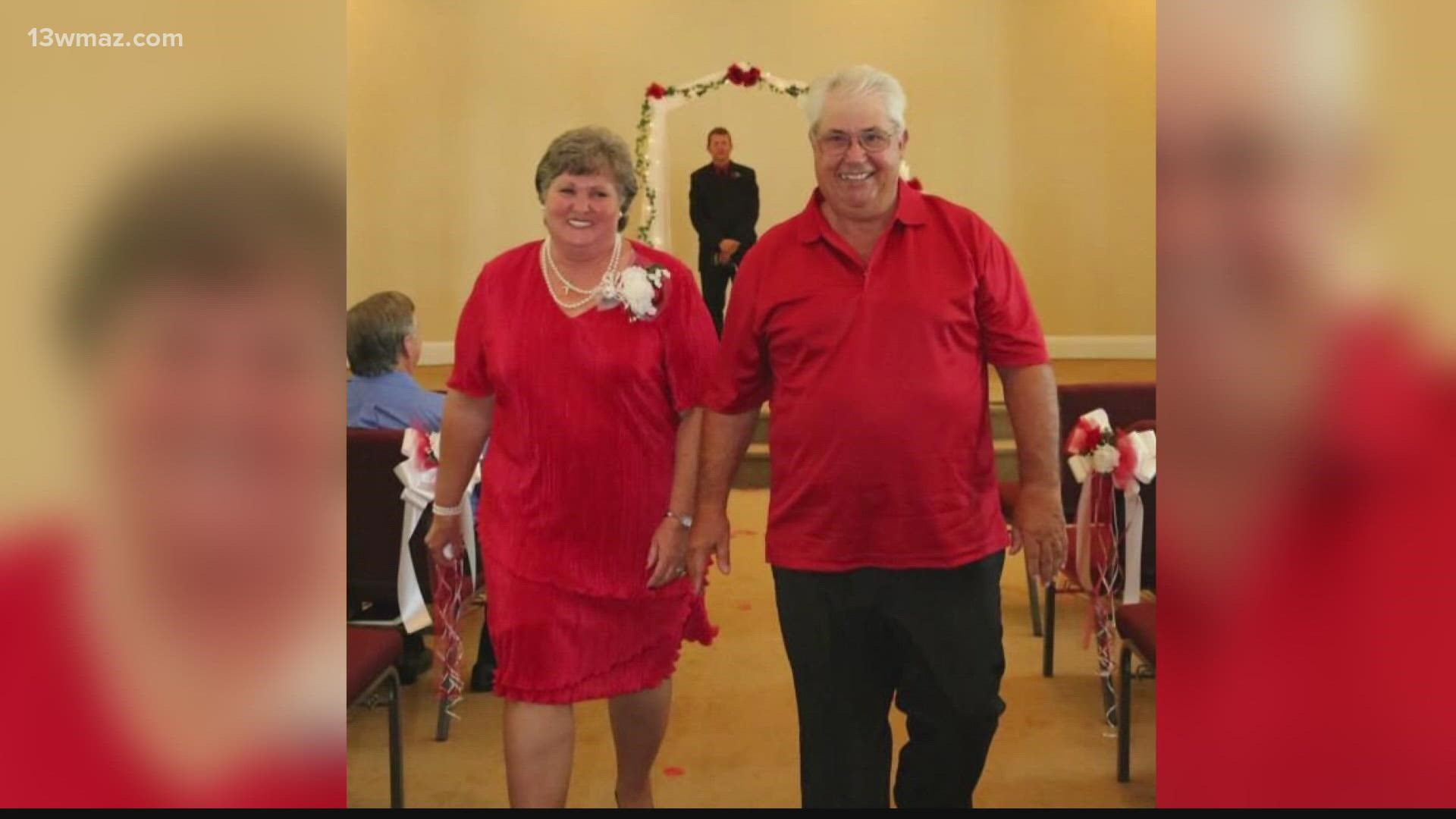 TWIGGS COUNTY, Ga. — The Twiggs County Sheriff's Office says that a man is in custody in connection with a double homicide.

The sheriff's office said they identified suspect Charles Rowland based on a description of his vehicle, which was seen near the Whites' home last Friday.

The Twiggs County Sheriff also says Rowland is the man seen in surveillance video from the couple's home.

"My favorite part of them is just being in their love. I can assure you words do not do them justice at all -- they are the most selfless, giving, loving people you will ever meet," said Jordan Pike about her grandparents.

Matthew Pike echoes how selfless their grandparents were.

"Everybody they come across, they helped. Never known them to turn down one person that didn't ask for help they didn't help," said Matthew.

Their great-grandson Jonathan Pike said they were the most important people in his life.

"They gave loans to people. My pop Fred tried to help young people get their life started, get a career, and my grammy, everyone's going to miss her," said Jonathan.

"My grandpa would donate to anything he thought he was passionate about. He donated to animal shelters, anybody he could," said White.

They all say Fred and Peggy will be dearly missed.

"They should be remembered as God-fearing, loving, caring people," said Jordan.

"I am going to remember them smiling all the time and laughing. They had both such infectious smiles and laughs," said Pike.

The sheriff says Rowland is now in the Twiggs County jail, and the charges include two counts of felony murder two counts of malice murder, and burglary.

They expect to bring more charges. The state Department of Corrections records online show Rowland served two prison terms -- the first from 1990 to 1999 for two armed robberies in Bibb County, and then from 2001 to 2012 for charges that included four forgeries and assault on a police officer.