Police sergeant still in ICU after getting shot in head during Carroll Co. chase, but department remains optimistic

The other two officers involved in the incident have been released from the hospital. 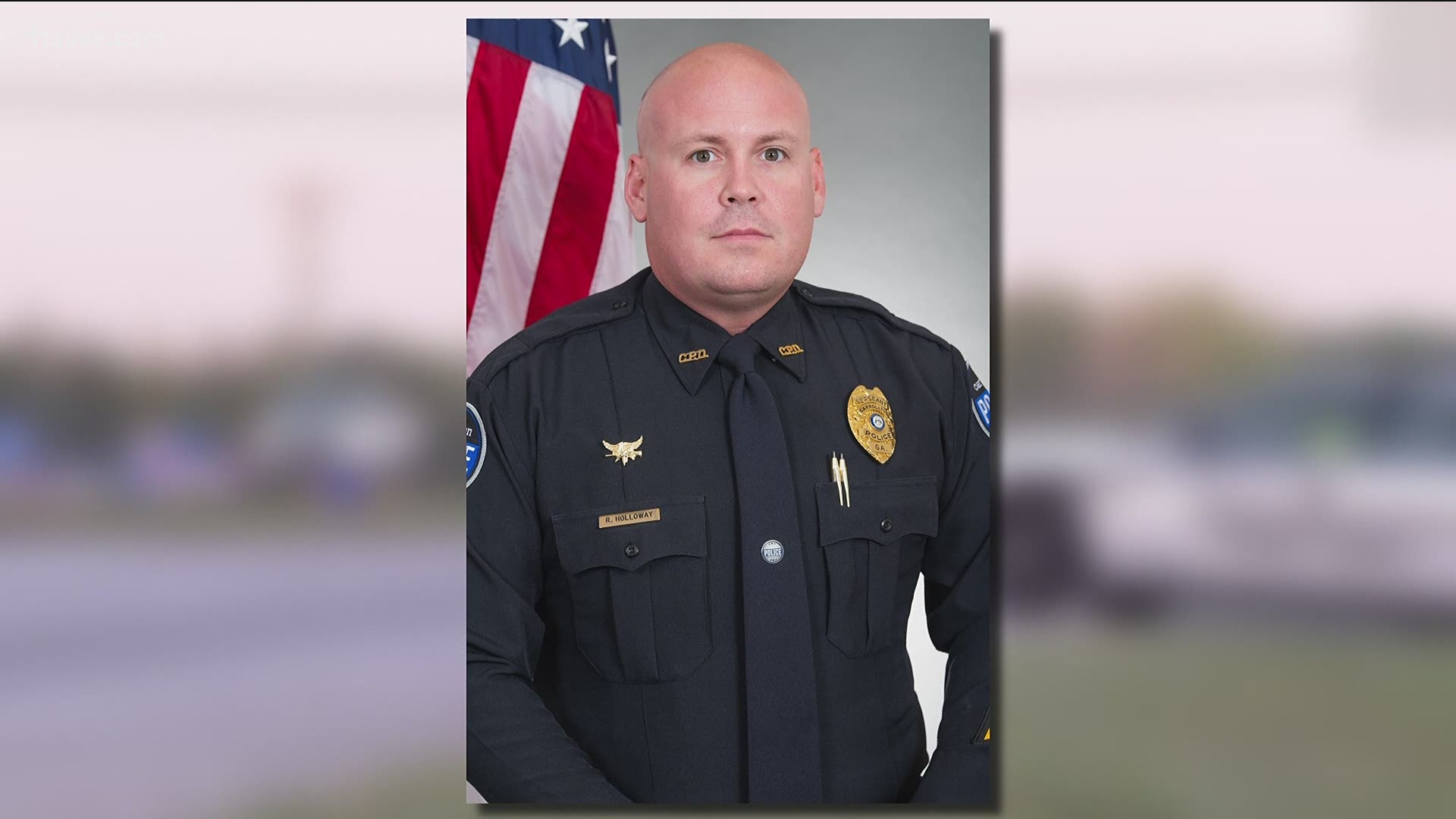 CARROLLTON, Ga. — The Carrollton community continues to pray for a sergeant in the police department involved in the chase and shooting on Monday that injured two other law enforcement officers.

Sgt. Rob Holloway is still in the intensive care unit after being shot in the head, the Carrollton Police Department said. They said he is improving, though.

The department said that all of his scans came back with "positive news," showing no evidence of spine injuries or broken bones. They said his color and vital signs are "perfect." He is able to move both hands and feet and hold a cup and drink through a straw on his own.

"He is still critical, but we remain optimistic with his progress," the department said in the statement.

"The family and this department continue to be grateful for all of the support. We appreciate all of your viewers and listeners reaching out to offer support and words of encouragement."

Three officers in all were hurt when the Georgia Bureau of Investigation said two suspects shot at them during the chase that crossed several cities.

The two men in the car, 22-year-old Aaron Jajuan Shelton and 28-year-old Pier Alexander Shelton, are cousins from Birmingham, Ala., the GBI said.

According to warrants, Aaron Jajuan Shelton was the getaway driver during the chase. Pier Alexander Shelton was shot and killed by authorities.

This all started with an attempted traffic stop when a trooper spotted a car going 111 mph on Interstate 20 early Monday morning. After the car was stopped, it sped off and a chase began with the state trooper. After a PIT maneuver, the driver regained control of the car and the passenger leaned out of the window and began firing shots at the trooper using an AK47. His patrol car became disabled.

Sgt. Holloway then made contact with the vehicle and continued the chase. Police Chief Joel Richards said the passenger fired rounds into the vehicle, striking Holloway. His police vehicle then crashed into a utility pole. He was airlifted to an Atlanta hospital.

Villa Rica was the next jurisdiction involved. When the suspects crashed, they ran before opening fire at Gordy. Authorities said Gordy returned fire, but was struck twice by gunfire. He was taken to Grady for his injuries. He was released on Tuesday.

The chase ultimately ended when the two men crashed the Nissan near Ithica Elementary School. Once they crashed, they ran from the vehicle.

Authorities said Deputy Jay Repetto was shot in the arm at the end of the chase when the sheriff's office became involved. He was taken to the hospital and has since been released as well.

An online fundraiser has been created for Gordy and Holloway.