Katie Barrett Todd says she's glad her home surveillance video was able to capture it all on camera. 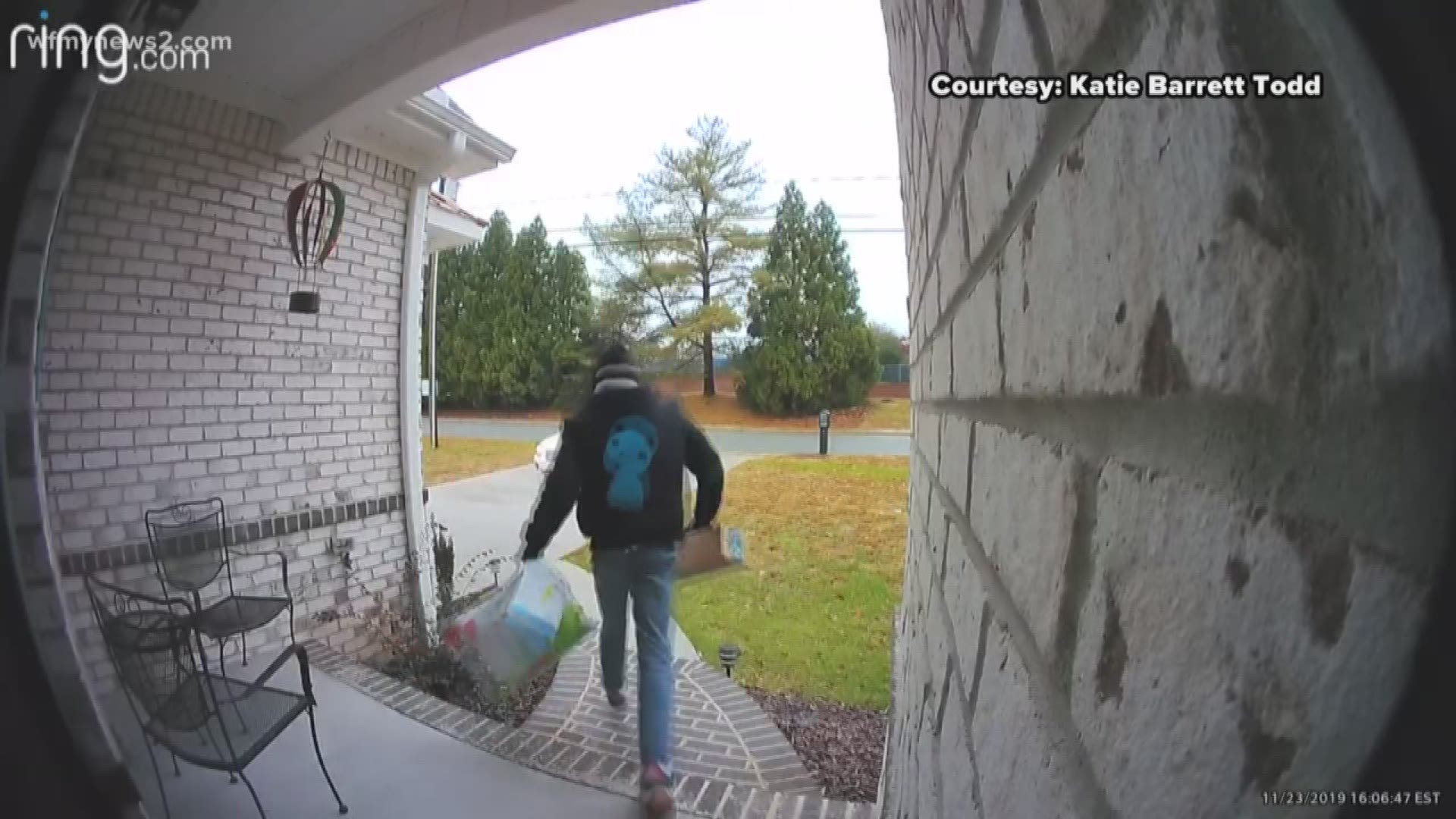 She says it happened about an hour after the packages were delivered, right before she and her husband got home.

"I did not receive a notification from Ring," said Todd, "I got a new phone and didn’t set up the app and so I got a text message from the Postal Service that said your packages have been delivered."

But there were no packages insight.

"Pulled up the ring app," said Todd, "noticed that the theft happened so we called the police and the police came."

In the video, you can see a white car pull into her driveway. The video shows a man get out, come up the stairs, and take the packages from the porch. 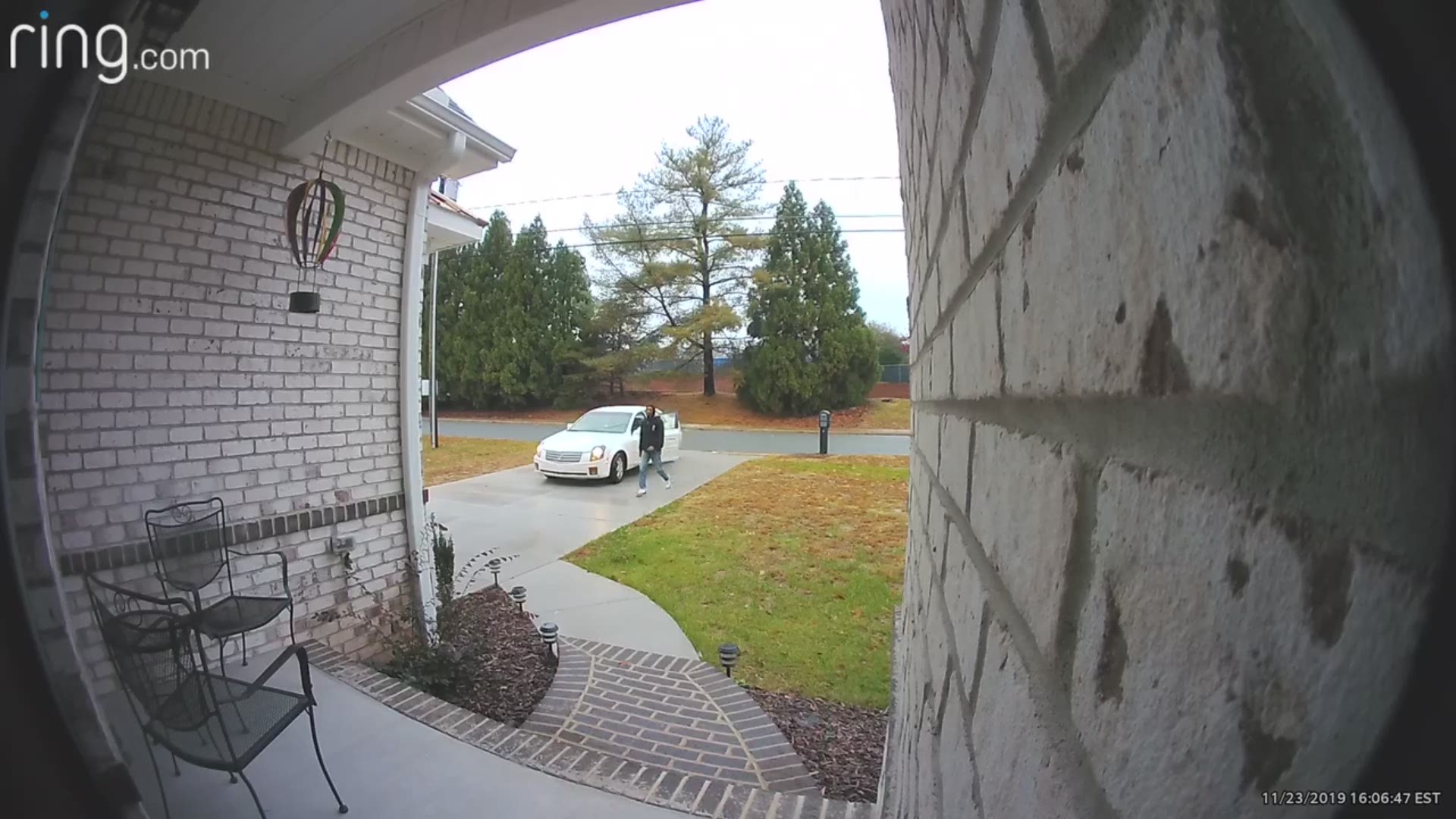 "I was really angry, but the more that I think about it, if this person is to get caught I think it’s really humorous that they’re going to get caught for stealing a 3T pink tutu dress and Christmas pajamas for children," said Todd.

Todd says the packages were Christmas presents meant for a family event this weekend.

"I was really most upset about the fact that I was making gifts to give to people for a family event that was gonna happen this weekend," she said.

Todd says she was surprised to hear something like this happened so far away from Christmas.

"I thought at first it was really early, usually we hear about this like middle of December and there’s notifications going around like Facebook and that sort of thing," said Todd.

But now, she's making it a point to warn others through social media, in hopes no one else becomes a victim.

"I want people to know hey this is already happening," said Todd.

She recommends getting text alerts for packages, and if you can afford it, a home security system, too.

"We’re lucky in that it’s not going to ruin the holidays for us, it’s just very disheartening," said Todd.

RELATED: Black Friday Shopping Guarantee: If You Have A Ticket, You'll Go Home With Your Item!

RELATED: Use Informed Delivery to Know Exactly What and When is Delivered to Your Home