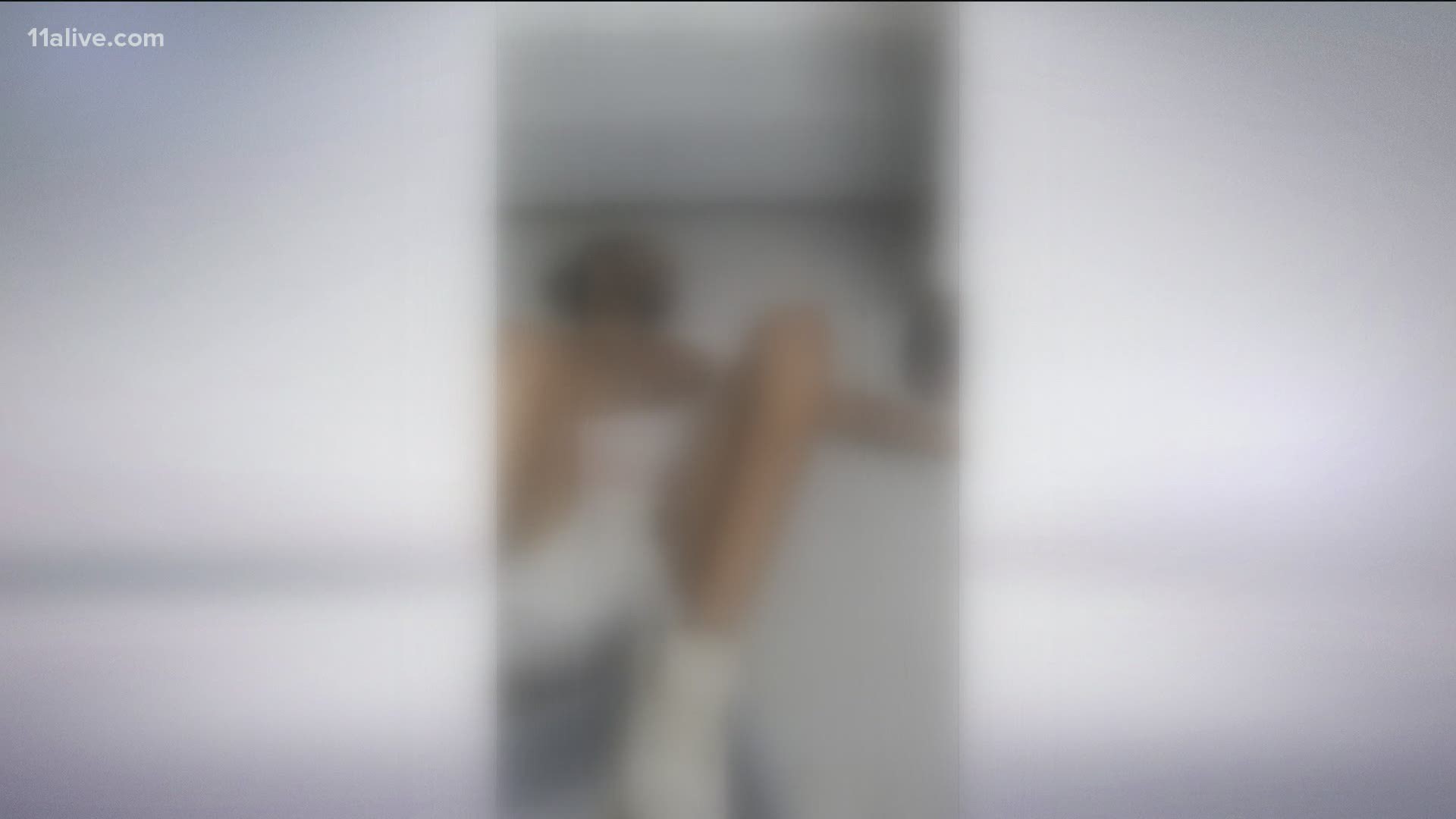 WAYCROSS, Ga. — Two new videos allegedly taken behind a south Georgia prison's walls are providing an inside look at the aftermath of violence that occurred inside on Saturday night.

Now, we’re breaking down what those videos may reveal about a Ware State Prison incident that left two staff members and three inmates injured.

It is not legal for prisoners to have cell phones but an Atlanta man, Kyshawn Williams, who is serving a life sentence for murder was one of the men posting videos as the ordeal unfolded.

The first of the two cell phone videos runs about seven minutes and begins in a darkened cell. An apparently injured man is seen lying on a bunk while a second man attends to him. A loud alarm, perhaps a fire alarm, can be heard in the background. A significant amount of what appears to be blood can be seen soaking the man's pants.

As he pulls his legs up in an apparent attempt to get some sort of relief, a voice can be heard saying, "get him some water, man, he need some water."

"Somebody get us some help down here. My man's been shot."

Hands reach in to start helping the injured man in the bunk put pressure on his leg. Bright light suddenly streams in.

Two men help to get the injured man up, one supporting him on either side, as the alarm gets louder. They take him down a flight of stairs.

"Where the ice at?" someone asks.

The person holding the camera has found an ice machine and begins to scoop ice into a large container. This is followed by a jumble of movement until we see the room that was found in the original video.

The two injured men were on the floor of that room and several other men were attending to them. The ice was apparently welcome to help the injured men. The person holding the camera left to get more ice. As he got to the ice machine, the video ended.

The second video is shorter -- just under four minutes in length. It also begins in a darkened cell, and may have taken place prior to the earlier video.

The camera is focused on a man on a bunk, who appears to be exceptionally bloody and can be heard saying, "I need help, man. They done shot me."

The man shooting the video yells to whoever is outside to open the door. The injured man is struggling to take his soaked pants off. His breathing is labored.

"My man got shot down here! We need some help here," the other voice can be heard saying.

"They just shot my man," another voice can be heard saying. "Man got blood all -- this s*** is real. They just shot that man. Look at the wound. Watch out."

The camera is pointed at the blood-soaked leg.

"We under siege -- the whole prison," a voice says. "They shooting."

Prison officials said they are still identifying the perpetrators for potential prosecution. Of those injured, officials said none of the injuries were life-threatening.

Officials also said that a golf cart was also set on fire and that several windows were broken. However, no major damage was done to the facility.

There are still many questions regarding how this started or exactly where it started. Prison officials said they won't be able to answer those questions until this investigation is complete.