Younghoe Koo posted a picture of an empty parking lot space where his car should have been. 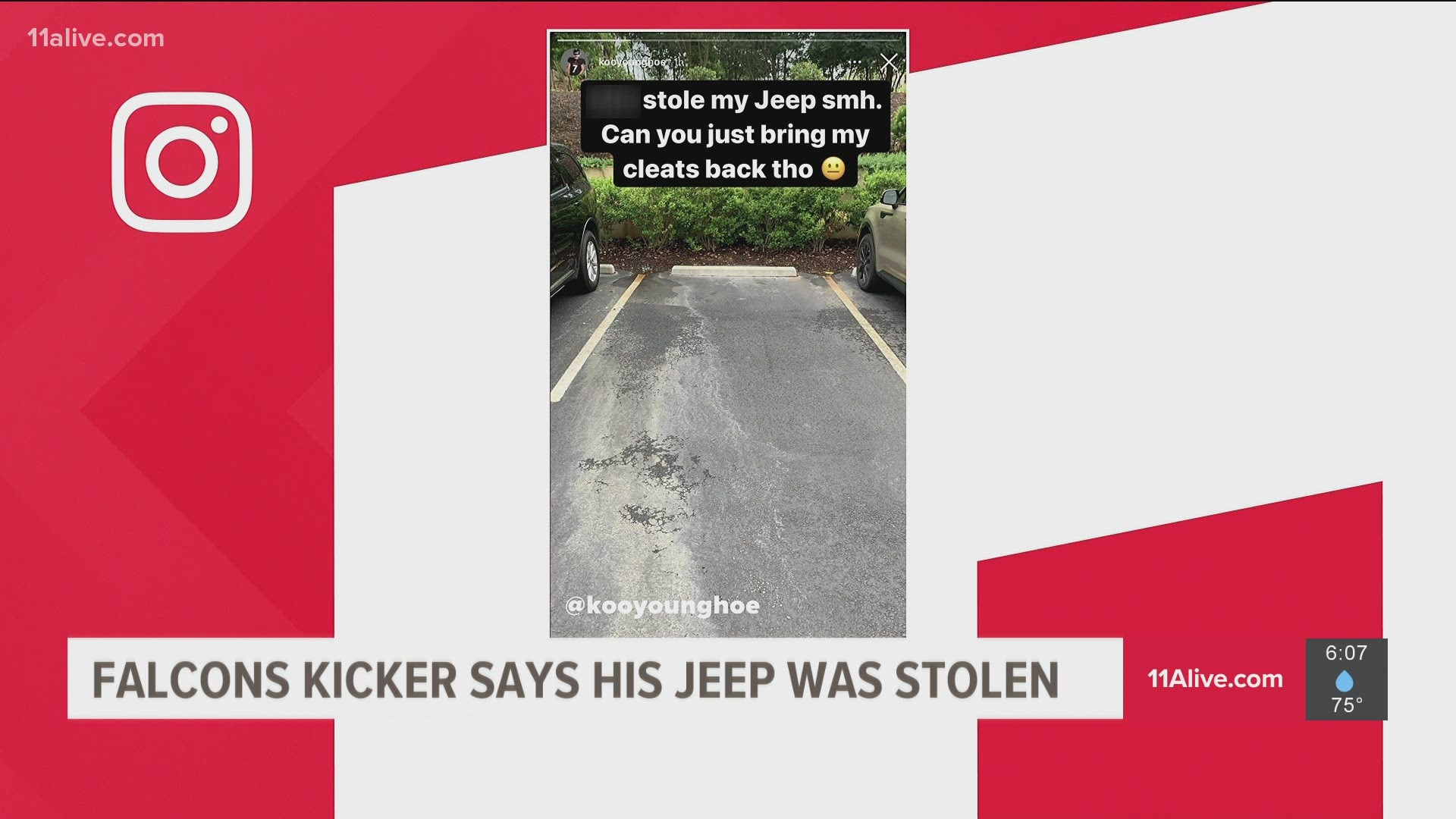 Koo posted about the incident to his Instagram story, with a picture of an empty parking space where his car should have been.

Evidently, whoever took the Jeep also ran off with his cleats.

"Can you just bring back tho," Koo wrote.

In the next slide, he made the plea again: "I won't even be mad bro just bring all my cleats back so I can go kick."

Koo told 11Alive's Chenue her the Jeep is a black Grand Cherokee with Georgia plates RZA4953. He said it was stolen in Alpharetta, the latest high-profile vehicle theft in metro Atlanta.

In May, another NFL player - the Titans' Janoris Jenkins -  said his Rolls-Royce had been stolen from a parking lot at the Atlanta airport. That same week, R&B artist Akon said his Range Rover was stolen from a gas station in the Lindbergh area. It was later recovered.

And back in January, Ludacris' Mercedes-Benz was taken while he went to an ATM - his car also was recovered.

The Falcons re-signed Koo in March, after he made the most field goals in the NFL last year - 37 on 39 attempts. The 26-year-old who was born in South Korea also made 33 of his 36 extra point attempts.