The Bibb County Sheriff's Office says they're investigating after multiple reports of debris thrown at cars on the highway. 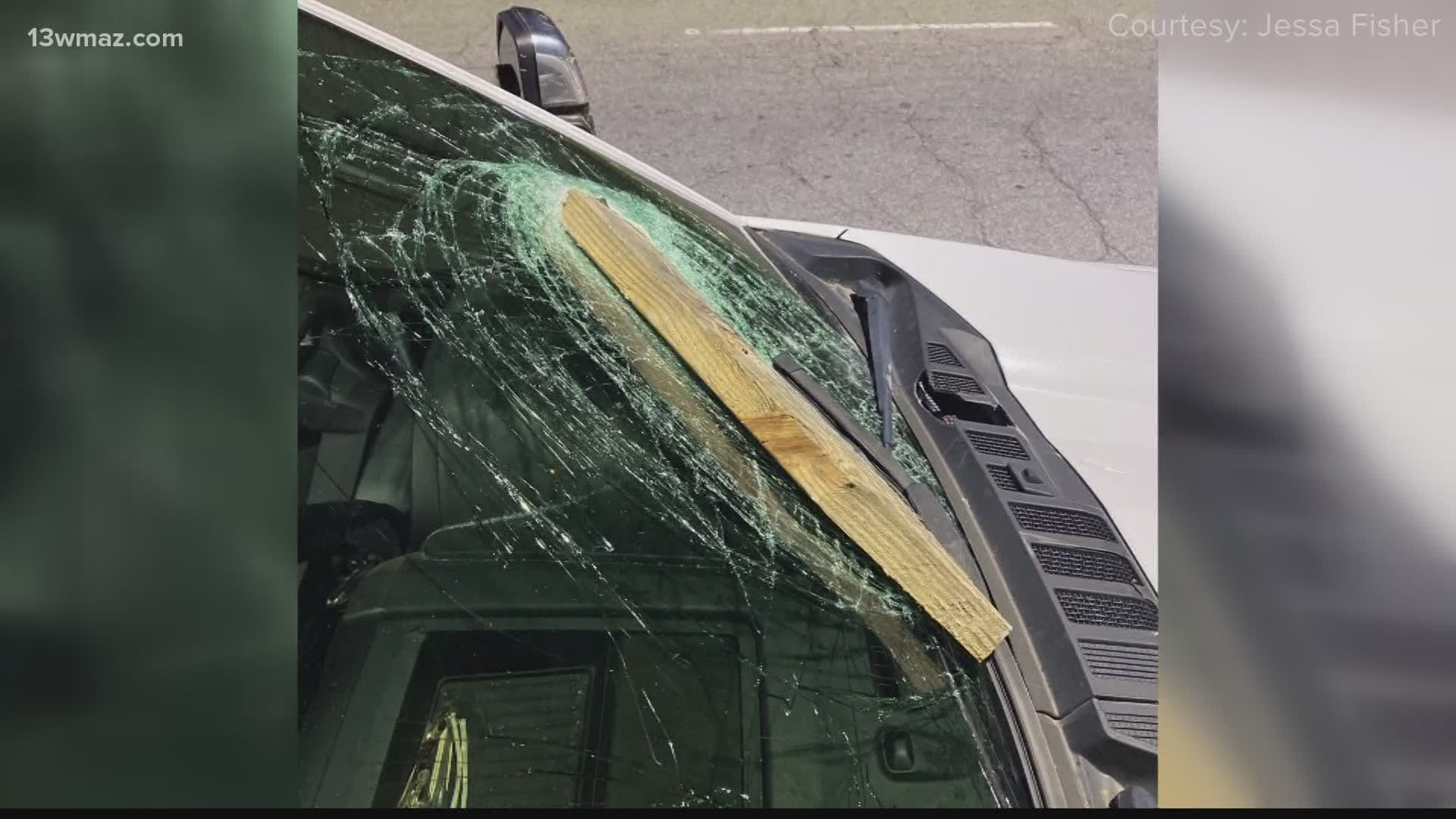 MACON, Ga. — A Macon couple, and others, were shocked Monday night as their cars were hit with flying debris thrown by people.

On Monday night, Nathan and Jessa Fisher say they were driving on I-75 near the Hardeman Avenue bridge overpass when something flew into their windshield from above.

"Two 2x4's hit our front windshield. There was someone up on the side construction wall throwing debris off," Nathan said. "I just eased on the breaks, rode over against the wall, put the flashers on."

Jessa says she immediately called 911, but was told by dispatch that they were already aware of the situation.

"When we were sitting on the side of the road calling 911, we witnessed other people also get hit and have to pull over in the middle of the interstate in the dark," she said.

The Fishers say they were told to drive home, with their windshield cracked, and file a report on Tuesday.

"I threw my arm over my face as quick as I could just before I could get glass in my eyes, but I did it just in the nick of time, and it was just like a loud bang. So I heard the bang, I looked over, the passenger side was busted up, my side was busted," he said.

His car was hit around 11:45 p.m. He says he then pulled over and called the Bibb County Sheriff's Office. He says he's just thankful he didn't get hurt.

"I could've hit the wall, or I could've swerved and hit them. So, luckily, I didn't panic. I just drove off the Hardeman exit. I just swerved off as quick as I could," he said.