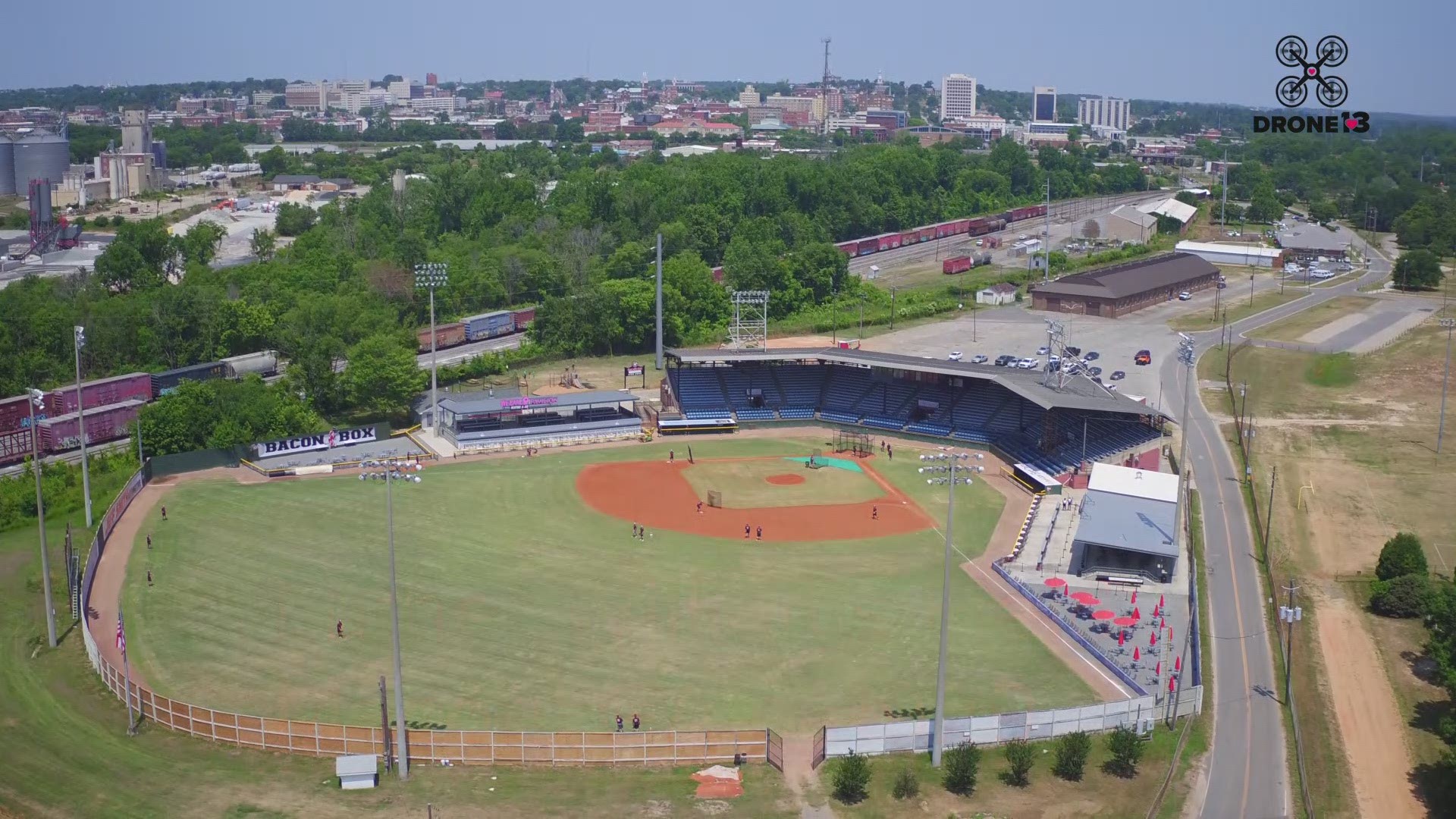 MACON, Ga. — Macon's historic Luther Williams Field has hosted baseball since 1929. The park's historic charm has drawn its share of interest from Hollywood in movies like "42" and "Trouble With The Curve."

The Macon Bacon have made several new additions during the off-season to make a day at the ballpark even more enjoyable for fans.

The team is part of the wooden bat Coastal Plain League, which brings in talented college players from across the nation.

There are also some standouts from the state of Georgia on the team. The level of play is compared to Single-A minor league baseball.

The team recently revealed a beefed up -- or should it be porked up? -- menu with six bacon-themed items.

Our #Drone13 crew watched the 2019 team take the field as we got a bird's eye view of the old ballpark on opening week of the 2019 season.