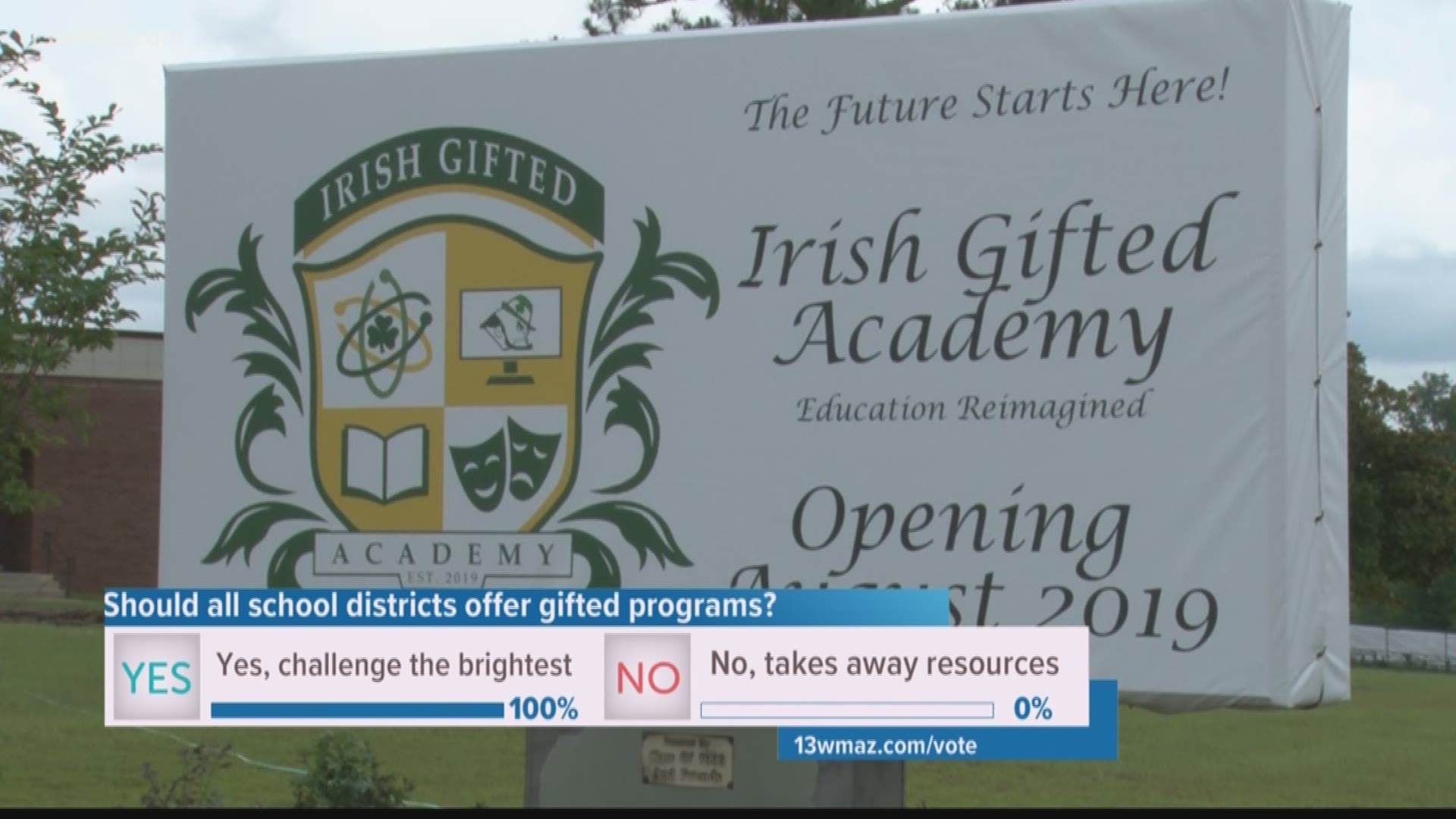 "Gifted is like one of the hardest classes to be in," he said.

"The students will still have a base school that they are able to be a part of the extracurricular activities, sports, and clubs and whatnot, but they will spend the majority, or almost 90% of their time here at the gifted academy behind us," Director Cassie Tibitt said.

There are 93 students in the gifted program, and with the separate space, they'll be in smaller classes and receive more individualized attention from their teachers who can better recognize each student's academic strengths.

"With this program model that we're going to put in place, the learning is going to be instigated by the students -- it's very student-led, very student-oriented," Gifted and Advanced Academics Coordinator Susan Thornton said.

She says they've been planning the academy since 2011 and kept the cost low by renovating the old high school band building.

"We can focus solely on their needs and how they learn best, the core elements of what they need to be successful, so putting them in a separate building is really going to be the greatest benefit for them," Thornton said.

Sarah Pham and Dustan Fennell, who have children in the program, are happy to see the district support gifted students.

"It's a more hands-on approach and smaller class sizes so your children are going to be able to flourish and have more one-on-one time with the teacher," Pham said.

"It's going to be a great school year, probably," Patisaul said.

Thornton says their next step is to get the academy certified as an International Baccalaureate, or IB, school. That's a higher learning program that challenges students' academic and personal development, and is recognized by universities worldwide.