The Braves took home their first state title since 1981, and now they're hoping to raise money to buy the rings to show for it. 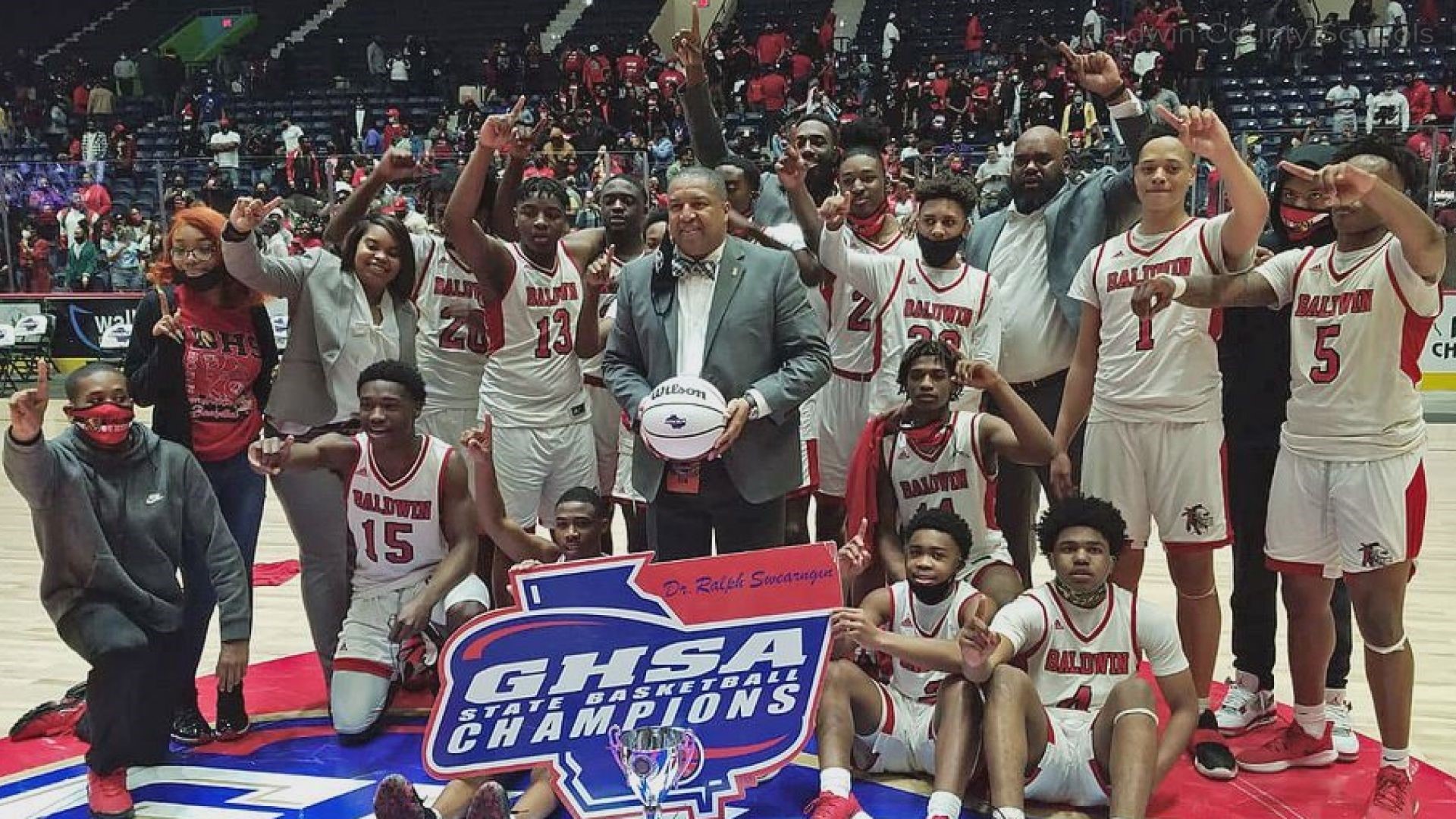 "I started playing when I was 5-years-old. Me and my grandma used to play in the apartments before she passed away, so I had to keep the tradition going," Freeman said.

Little did he know, he'd go on to make the crucial game winning shot against Fayette County High School to secure Baldwin High's 54-to-53 state championship win with his coach Anthony Webb and teammate Myles Bolston.

"Everybody rushed the floor. They was jumping, of course they was elated. William Freeman made the game winning shot, so of course they rushing him and knocked him on the floor," Webb said.

"It still plays back in my head today, like I still can't believe it," Bolston said.

"For us to be so young and win, and everybody doubted us and everybody believe that we was going to lose a little early, for us to come in and win it was a blessing," Freeman said.

Usually state championship teams commemorate their achievement with rings, but Athletic Director Dextor Ricks says they don't pay for themselves.

"Georgia High School doesn't say, 'Here is an allotment of money to purchase rings.' They give you a trophy and they give you a couple of t-shirts and they congratulate you. So, it's up to you to come up with the funding," Ricks said.

Ricks and Webb came up with a sponsorship fundraiser to buy about 25 rings that cost $265 each.

With it being the first state championship since 1981, Bolston and Freeman say it represents more than a win.

"It's been over 40 years since we've had one here. So it's going to be a big accomplishment in future, especially for our school history," Bolston said.

"We worked real hard for it and like for us to have one, you can't ever like forget it," Freeman said.

Information on donating to the Baldwin High boys basketball team is listed on the Ring of Honor Sponsorship Program webpage.