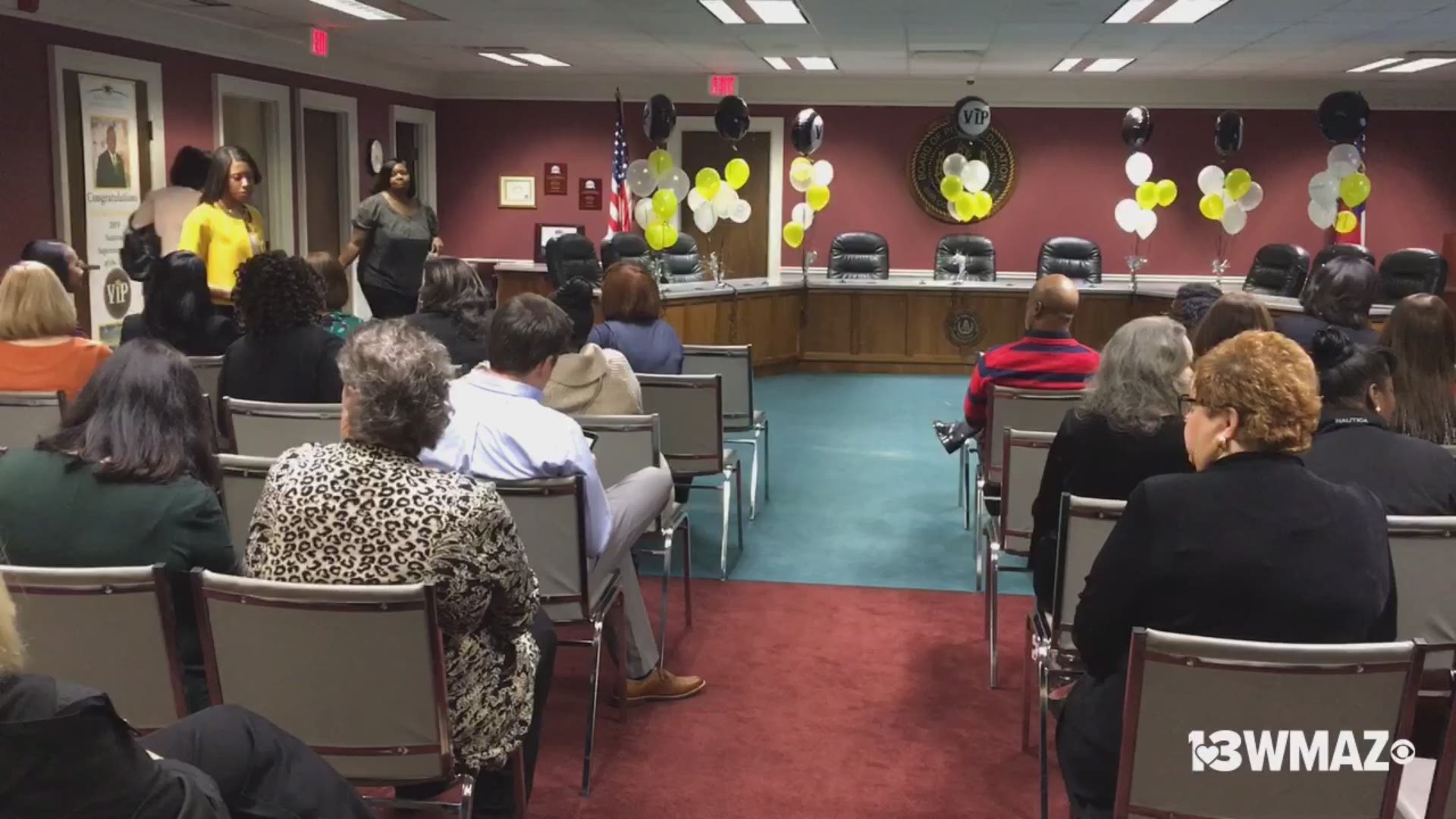 MACON, Ga. — Bibb County superintendent Curtis Jones returned to his first day back at work Tuesday after being named the National Superintendent on the Year.

His colleagues filled the board room with balloons and signs and gave him a huge celebratory cheer when he walked in.

Jones spoke about how nervous he was right before they announced the winner at the ceremony in Los Angeles.

RELATED: 'We are a victory in progress:' Bibb superintendent Curtis Jones named National Superintendent of the Year

He said once they announced his name, he truly felt like it was the cherry on top of an already incredible year for Bibb County.

When Jones flew back into the Atlanta airport, some Bibb principals drove up to meet him there, but not everyone was able to make it on the trip.

That's why Tuesday's surprise was planned.

Jones says now he's even more determined to keep moving the district forward since all eyes are on Bibb County from this major achievement.