Drake Walker stays busy in the classroom, on the football field, and keeps his hands full being a full-time dad. 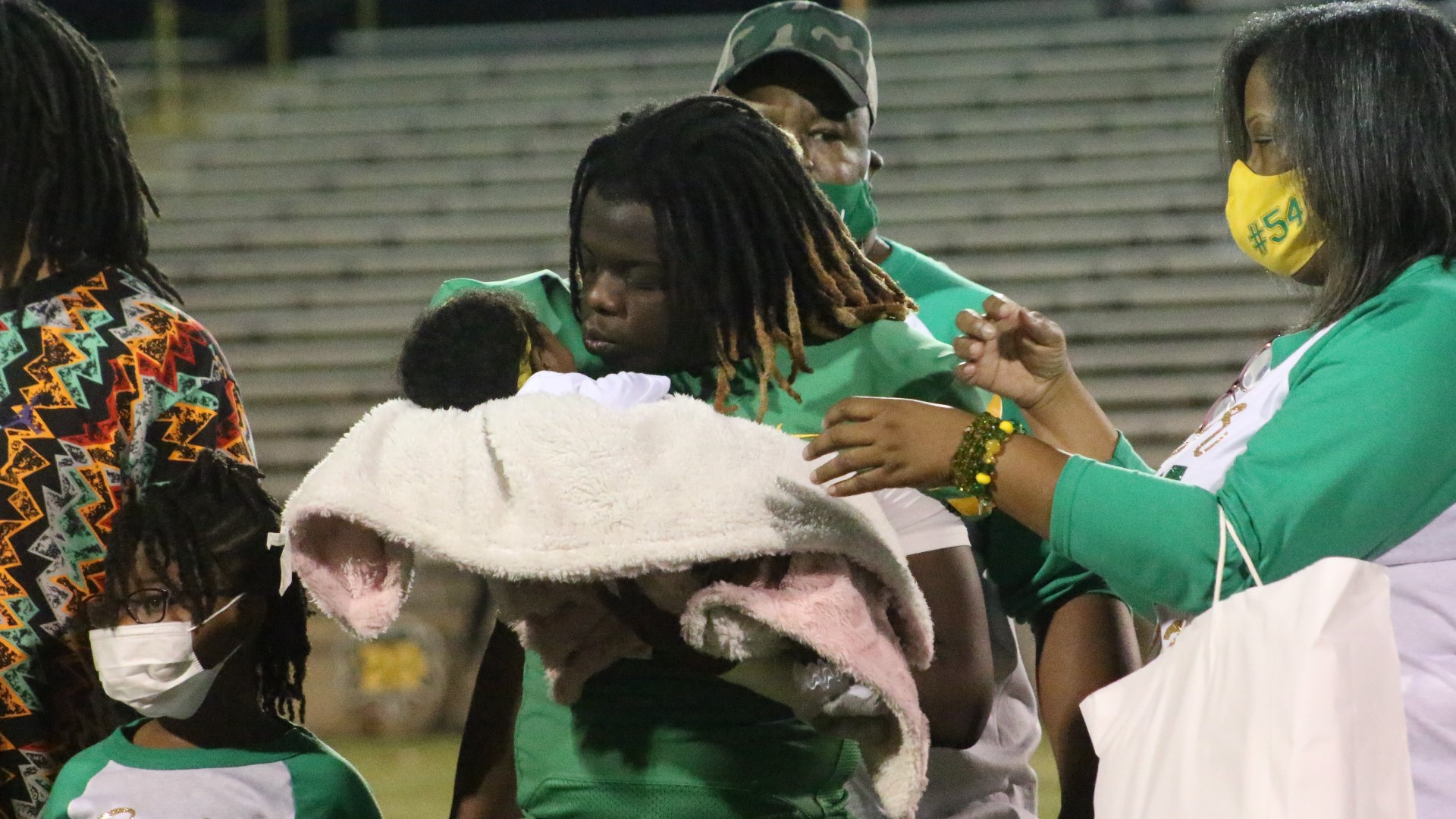 DUBLIN, Ga. — Every morning this week, we're sharing why so many Central Georgia students are 'Great Grads.' Our first graduate takes us to the Emerald City -- Dublin!

Drake Walker stays busy in the classroom, on the football field, and keeps his hands full being a full-time dad. Sports became a way of life for Walker when he was 4-years-old.

"I play football. I do track, soccer," said Walker.

The Dublin High School senior says sports are more than a passion.

"To this day I still don't think there is nothing else I can do, but play football in the future. There is other stuff that I have other plans of falling back on," he said.

Walker grew up in Dublin with five brothers and sisters. He says life wasn't tough, but he learned he wanted more.

"I just want to have that life. If I want this, I know that I can get it," Walker said.

Working in the classroom, on the football field, in church, and with his family is making that life a reality. When Walker turned 16 in 2020, he took on an incredible responsibility.

"From the time I knew, I always knew that with everything in me she would not have to worry about a thing, or she would never have to doubt my love for her," he said.

Walker says he made the choice to step up for his daughter, 8-month-old London.

On top of school and sports, Walker started working full-time at Taco Bell and now Zaxby's. He says he worried what his mother would think of him being a teenage dad, but she says he's surpassed her expectations so far.

"I'm extremely proud, I didn't think that he would be able to do it, but he has been," Vernita Walker said.

Walker is working to get a full-ride scholarship to play football in college, while keeping his family and God in the center of his life.

"I have to because I know something good is going to come out in the end of all of that, so it's just patience," he said.

He adds that he's nervous about life after graduation, but takes solace knowing his support system will always be there for him.

'They changed the rules': Monroe County parent hopes for normalcy for students as schools no longer require masks