The college spent over $400,000 on COVID-19 supplies and equipment, including temperature screening devices and ionization units 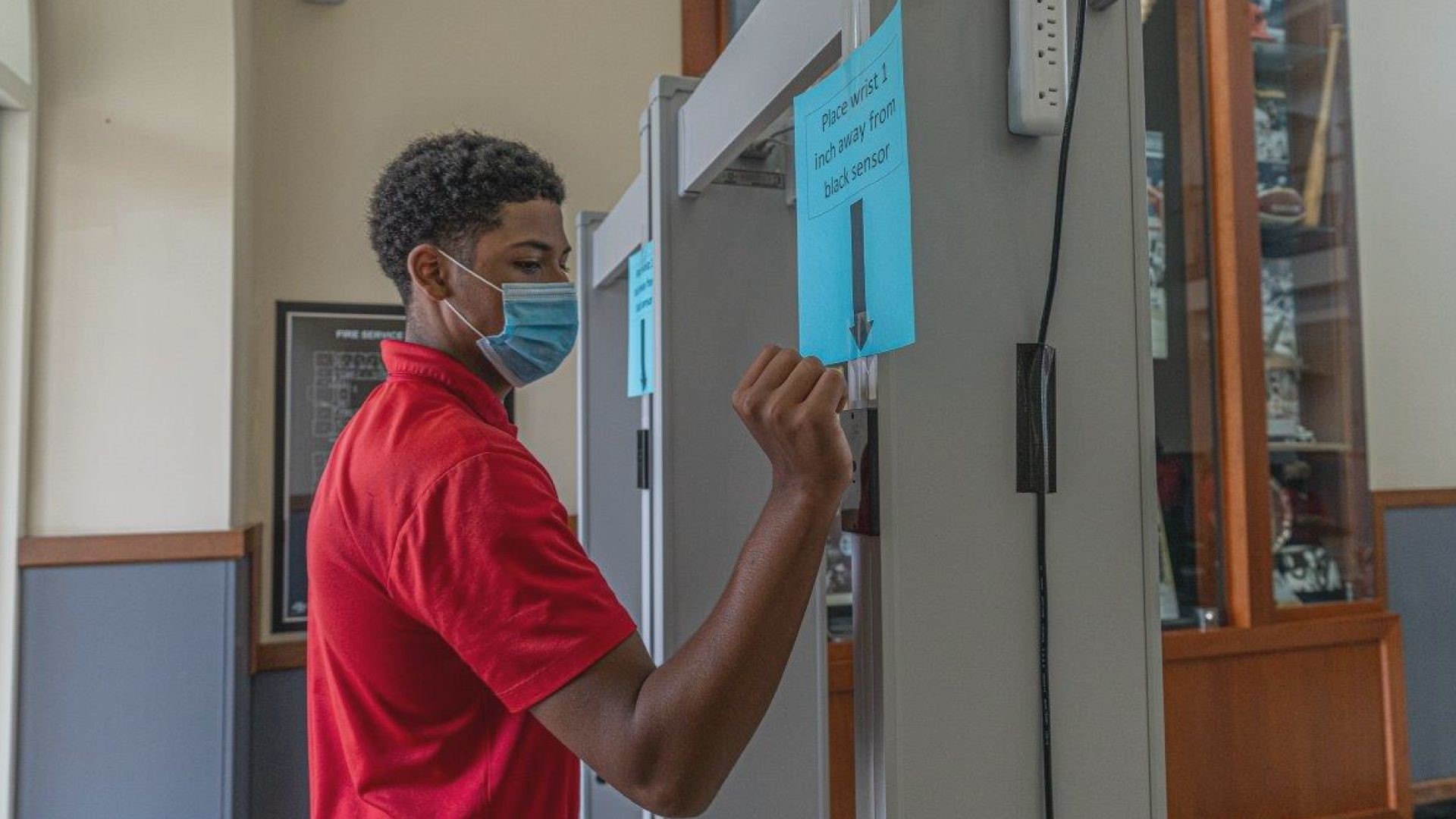 WARNER ROBINS, Ga. — Georgia Military College and prep students get their temperatures checked every morning, either by a handheld device or a walk-through screening

"We only enter through one entrance and then there's this giant contraption inside. It's a temperature checking machine. So, you just put your wrist up to it and it's going to end up taking your temperature, so that's probably the weirdest thing," GMC student Kamori Moss said.

Moss says it's just another part of his routine now after returning to in-person instruction two weeks ago.

"I would say it's little weird at first, but it seems like I've quickly gotten used to the situation here at GMC, but I feel safe, relatively safe coming back to school," Moss said.

The school says the ionization units reduce nearly 95% of COVID-19 in the air stream after 30 minutes.

Gray thinks they've had a good start to the school year so far, and will continue to look for the best safety equipment.

"We're not at the end of the road here. I don't know what we'll figure out and start next week, but it's a continuing process and we'll be working on it until we've all had two doses of vaccine I would say," Gray said.

They also bought UV wands for staff members to use to decontaminate computer keyboards in between classes.

The wands require wearing safety glasses and gloves to use, but you only need to hold it over a surface for about five seconds to get rid of germs.

Ionization systems range from $300 for a home unit and up to $6,000 for larger buildings.

The temperature screen walk-through units are about $2,600 each.