New safety measures will be added on to what Hall County Schools already implements. 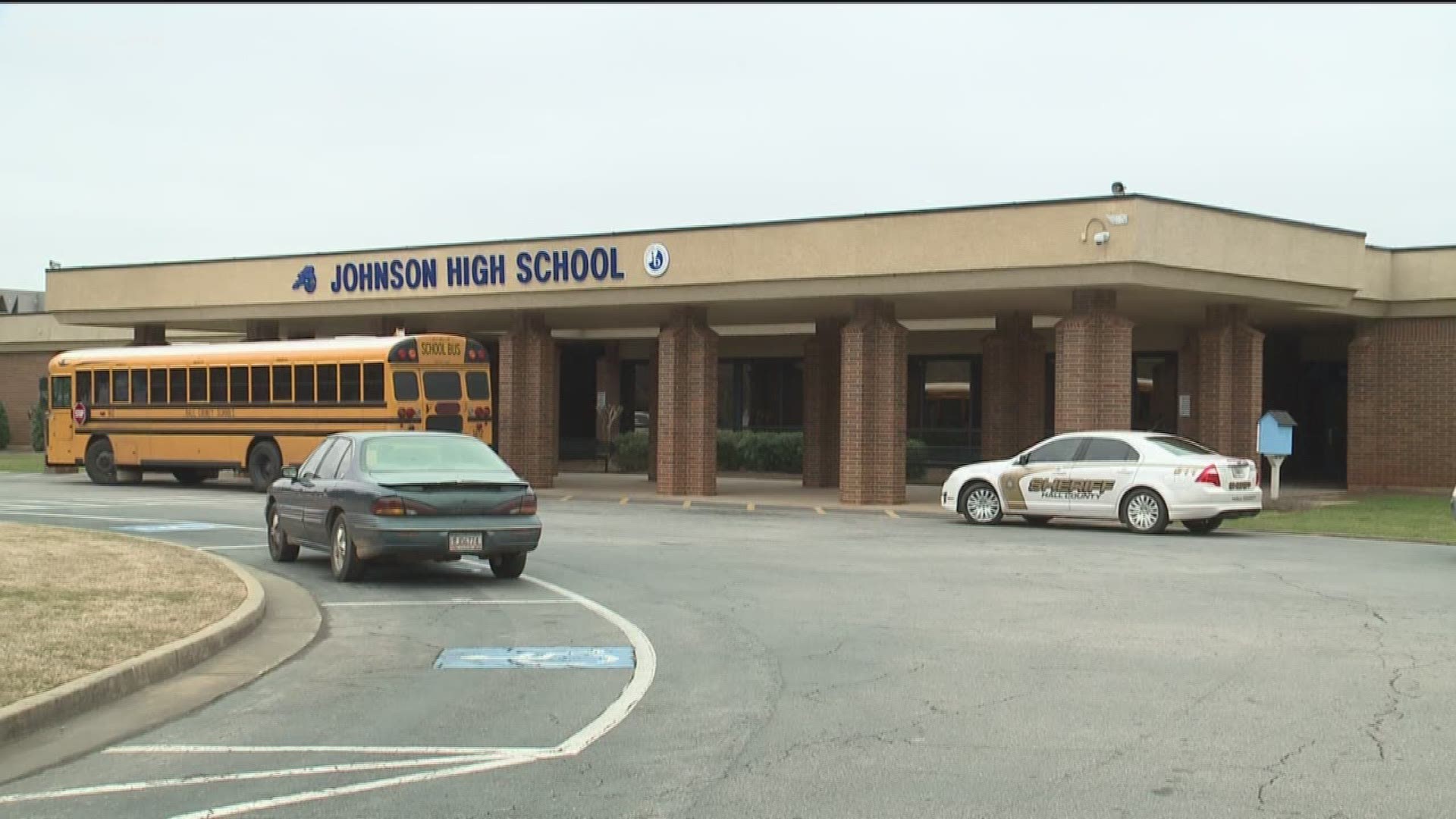 GAINESVILLE, Ga. — Hall County Schools is looking to spend about $150,000 to improve safety measures at all elementary, middle and high schools.

These safety measures include putting silent alarms on computers, according to Gordon Higgins with Hall County Schools.

"We are taking the notion of an alarm button under a bank teller's window if you will and putting it in various locations around the school so that when the button is depressed, the law enforcement community is immediately notified," Aaron Turpin, Hall Co. Assistant Superintendent said.

The concept for the silent alarm will allow teachers to press a single button that will activate and notify multiple agencies including law enforcement and medical personnel.

"It will be like calling the cavalry. Once you push it, they are coming," said Higgins.

A pilot program is planned for launch in the next two weeks to test out the new addition to Hall County Schools’ security. Turpin said the silent alarms supplement an already established security system. Right now, the only place one can go in Johnson High School is the front office.

The only way to get through the locked doors of Johnson High School is with a photo ID badge, something that is standard for all 1,600 students and faculty at the school.

In total, Hall County has 33 schools and at each of its six high schools and middle schools, an armed Hall County deputy sheriff patrols both inside and outside. As the officer makes the rounds, strategically placed cameras scan hallways, entrances, and exits, with control monitors in key offices to view and record all activity.

While the county already applies significant financial resources to keeping schools safe, the need to provide extra security to students has been increased due to the recent deadly school shooting in Parkland, Fla., school leaders said.

"Parkland, Florida was the reason. Any time a school shooting happens, it's a horrible, horrible tragedy," Higgins said.

1 / 28
Kristi Gilroy (R), hugs a young woman at a police check point near the Marjory Stoneman Douglas High School where 17 people were killed by a gunman yesterday, on February 15, 2018 in Parkland, Florida.