School bus drivers gave some of their bonus money to their former colleague Grady Mimbs to show their appreciation for his morning devotions. 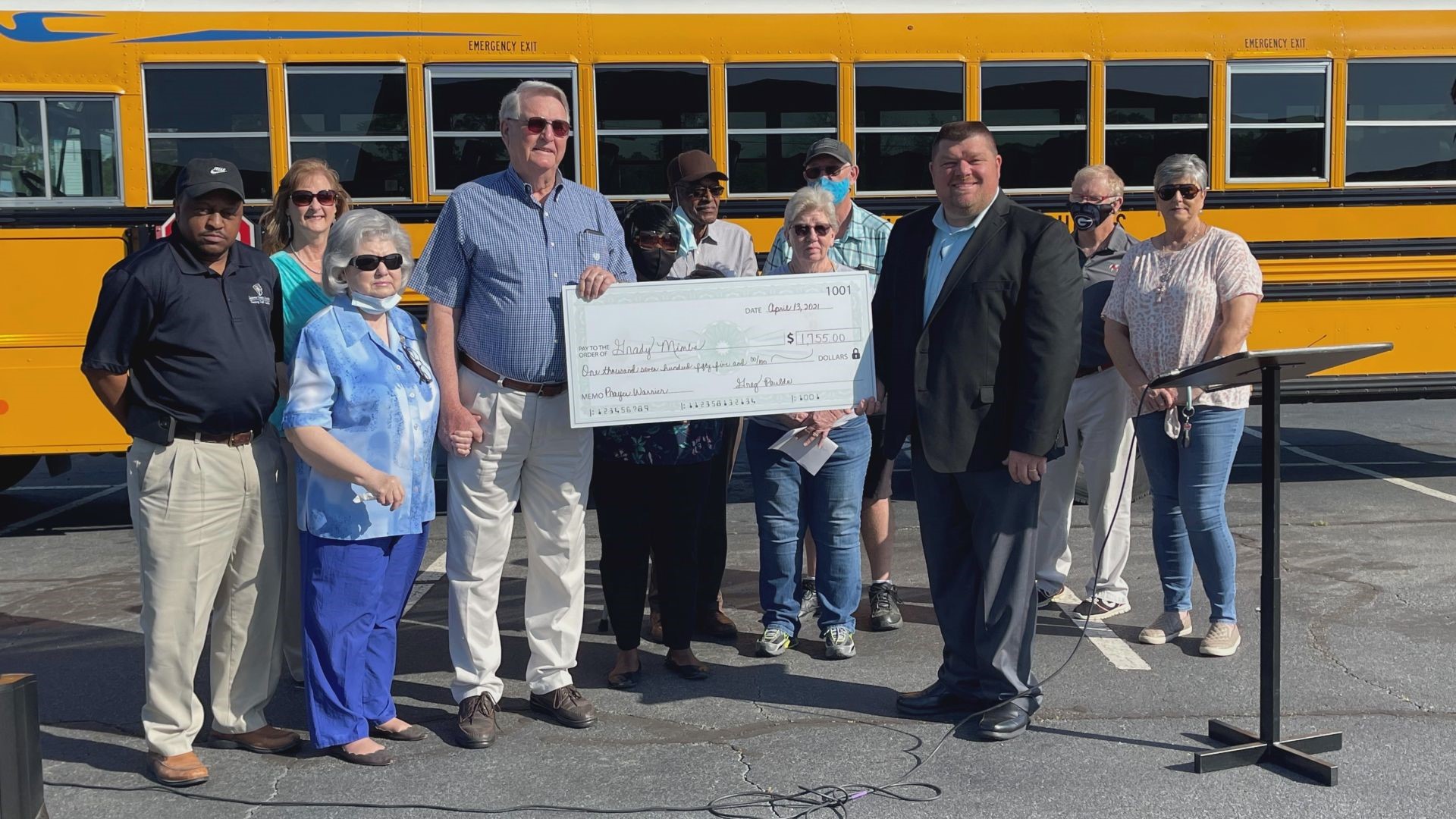 LAURENS COUNTY, Ga. — Laurens County school bus drivers surprised their former colleague Grady Mimbs with a check to show their appreciation for his morning devotional over the radio.

For years, Mimbs would pull over on his morning route to broadcast the devotion from the school bus. In 2015, he retired after injuring his eye from being rear-ended in his personal car.

"A lot of drivers got real into the word with him with the devotional and then they was complaining, 'Well I don't be on my bus at 7.' So he backed the time up at 7 and like he say, this been going on for eight years," Pauldo said.

"Sometime after I could not drive the school bus, I was called by an official in the county and they asked me if I would do this, if I were to bring a radio to my house. Now they've given me a base unit so I sit in my living room and do the devotion," Mimbs said.

Laurens County gave their bus drivers bonuses from the COVID-19 relief funds, and Pauldo said it took only five hours for their staff to give some to Mimbs.

"I talked to the drivers and told them, 'Look the Lord has blessed us with a bonus and if all will and who could, let's bless Reverand Grady,' and I was amazed," Pauldo said.

"Thank you so much for this. We are overwhelmed today. My wife has been taking treatments for about a year and yall know how expensive those are. This is a blessing," Mimbs said.

Grady's daily prayers are voluntary. Bus drivers are not required to listen.