Just over 30 tons of premium sand for the pits used by the jumpers who compete in track and field will be put to good use. 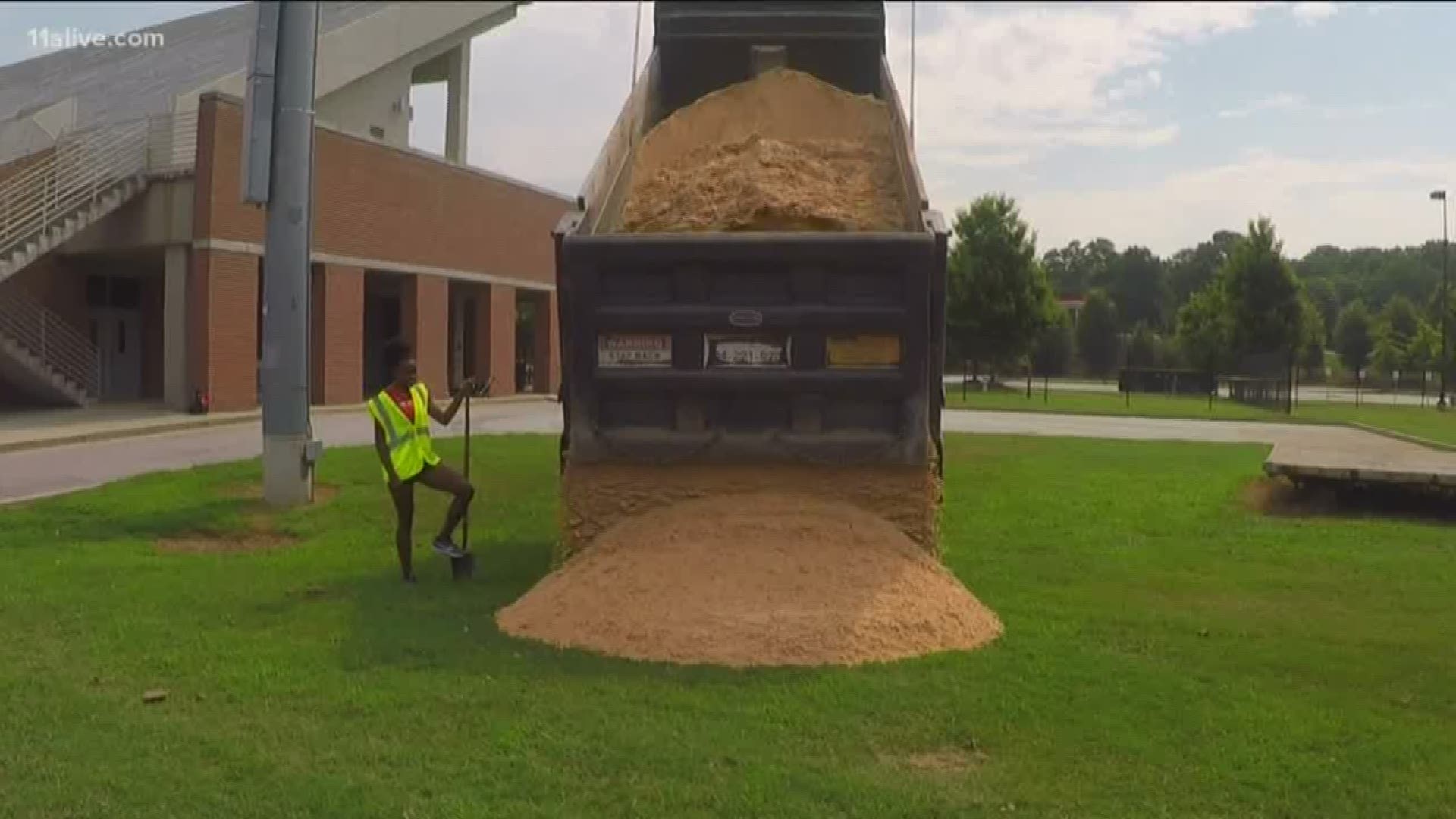 ATLANTA — An Olympian and University of Georgia graduate teamed up with the Atlanta Track Club to deliver a gift for Atlanta Public Schools.

“I was able to win my fourth consecutive title which has never been done before by another woman triple jumper,” she said smiling.

She recently turned pro after competing with UGA and helping them win a National Championship. The Atlanta Track Club has been there for it all.

“The Atlanta track club has been so supportive of my entire journey, it’s been amazing,” she said.

Now, she's giving back by teaming up with the track club to deliver this special gift for students who utilize Lakewood Stadium.

Just over 30 tons of premium sand for the pits used by the jumpers who compete in track and field will be put to good use.

“The sand is actually from the Peachtree Health and Fitness Expo, so I jumped in this sand,” she said.

Orji added that she's glad other young athletes will have the opportunity to use it now as they benefit from being involved in sports.

“Sports gives you discipline, passion, consistency - it develops so many things in kids that is so important," she said.

Lakewood Stadium hosts students from many parts of Atlanta. Jasper Jewell is the Director of Athletics for Atlanta Public Schools.

“Lakewood Stadium is home to about 11 high schools and 12 middle schools,” he said. “For us to get this new sand is phenomenal.”

He said the donation of sand, and the inspiration from an Olympian helping deliver it, will go a long way.

“When they see someone like her and how successful she’s been, it just drives them to work to do so much better," Jewell said. “You can’t put a price on that.”

Orji added it would have helped so much when she was a student learning long jump and triple jump.

“Our sandpit wasn’t always the best - weeds growing in it and rocks, I know that affected my practice," she said.  “So, to know that they are going to have a great place to practice and it will help them means a lot.”

“I’m grateful for this opportunity for them to compete in a sport and have the chance to excel at it," Orji said.

Police release video of officer being dragged on I-285, say suspect was trafficking drugs