The lunch included a few carrots, a cup of marinara sauce and what appears to be a hot dog bun with a bunch of cheese melted on top of it. 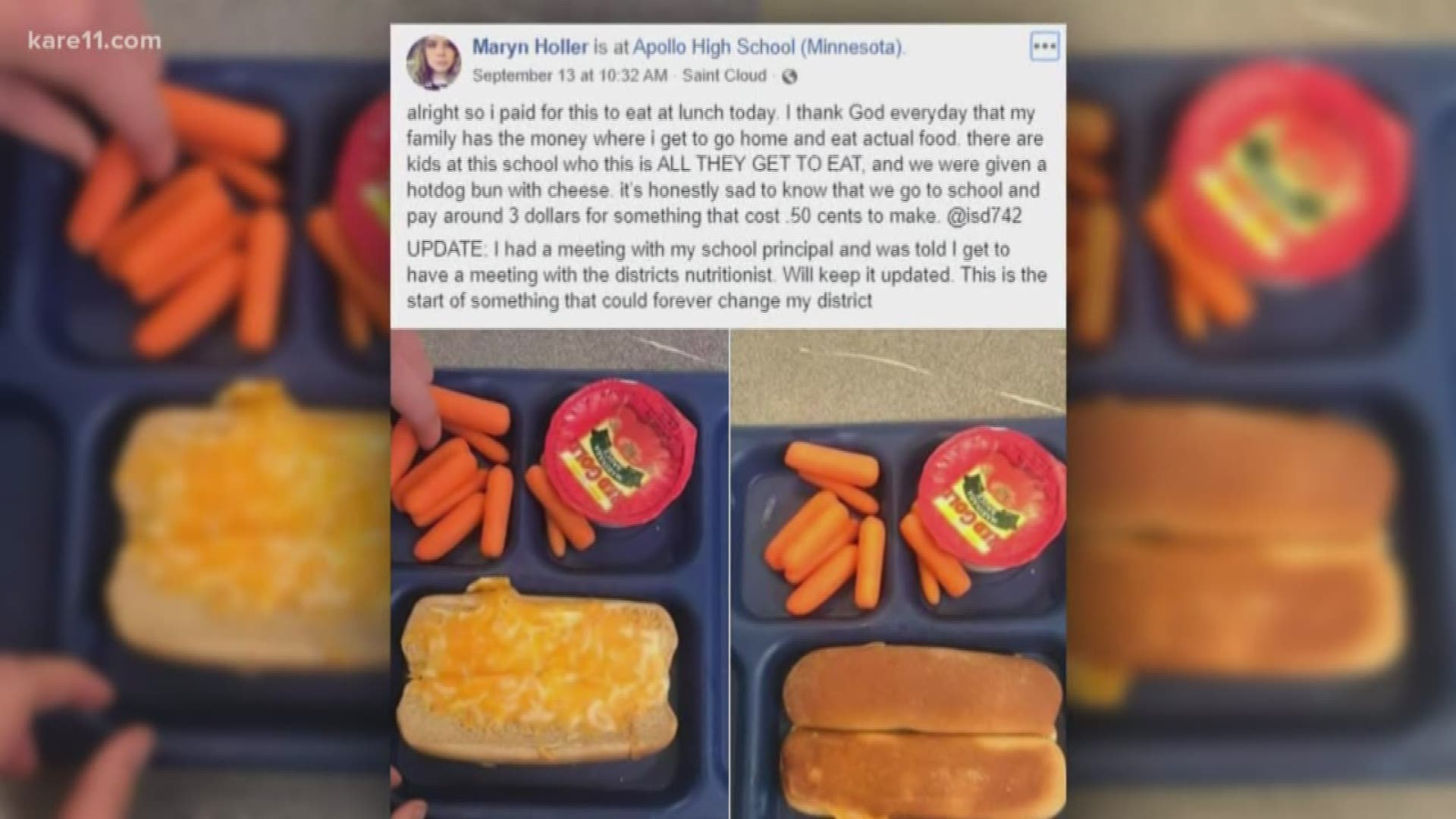 The St. Cloud Public Schools learned that the hard way this week, when a new menu item was outed on social media, and drew so much derision that the district had to eat a big slice of humble pie.

It started on Friday, September 13 when a St. Cloud Apollo student named Maryn Holler posted a picture of her school lunch and an accompanying rant on her Facebook page. The lunch included a few carrots, a cup of marinara sauce and what appears to be a hot dog bun with a bunch of cheese melted on top of it.

"Alright, so I paid for this to eat at lunch today," Hollar wrote. "I thank God everyday that my  family has the money where I get to go home and eat actual food. There are kids at this school who this is ALL THEY GET TO EAT and we were given a hot dog bun with cheese."

Hollar's post went bonkers, drawing more than 1,000 reactions, 700 comments and almost 900 shares. "What a joke. That's not a lunch, whoever came up with that is lazy as a cook and should be fired!," wrote Douglas Hawkinson after seeing the post. "My granddaughter came home from Apollo that day to tell me what they had for lunch...I thought she was Kidding !," added Kathy Deeren.

A gent named Kody Klaphake put it succinctly: "St. Cloud Area School District 742, I would be ashamed if I were you as a whole district, to be serving this as a lunch."

It didn't take long for the district to get the message, and issue a Mea Culpa. "Oops! We goofed," read a post on the St. Cloud Schools Facebook page. "Tried a new menu item today at lunch and we hear it was not a winner! Going forward, we will gather input from our students on new menu options. Thanks for the feedback!"

For her part, Maryn Holler sat down with Apollo's principal and was promised a meeting with a district school nutritionist to talk about what is served for school lunch moving forward. "This is the start of something that could forever change my district," she wrote.