The TEA said it is working to address the problem. Part of its Operation Connectivity is to map the dead zones and bring affordable internet to students who need it. 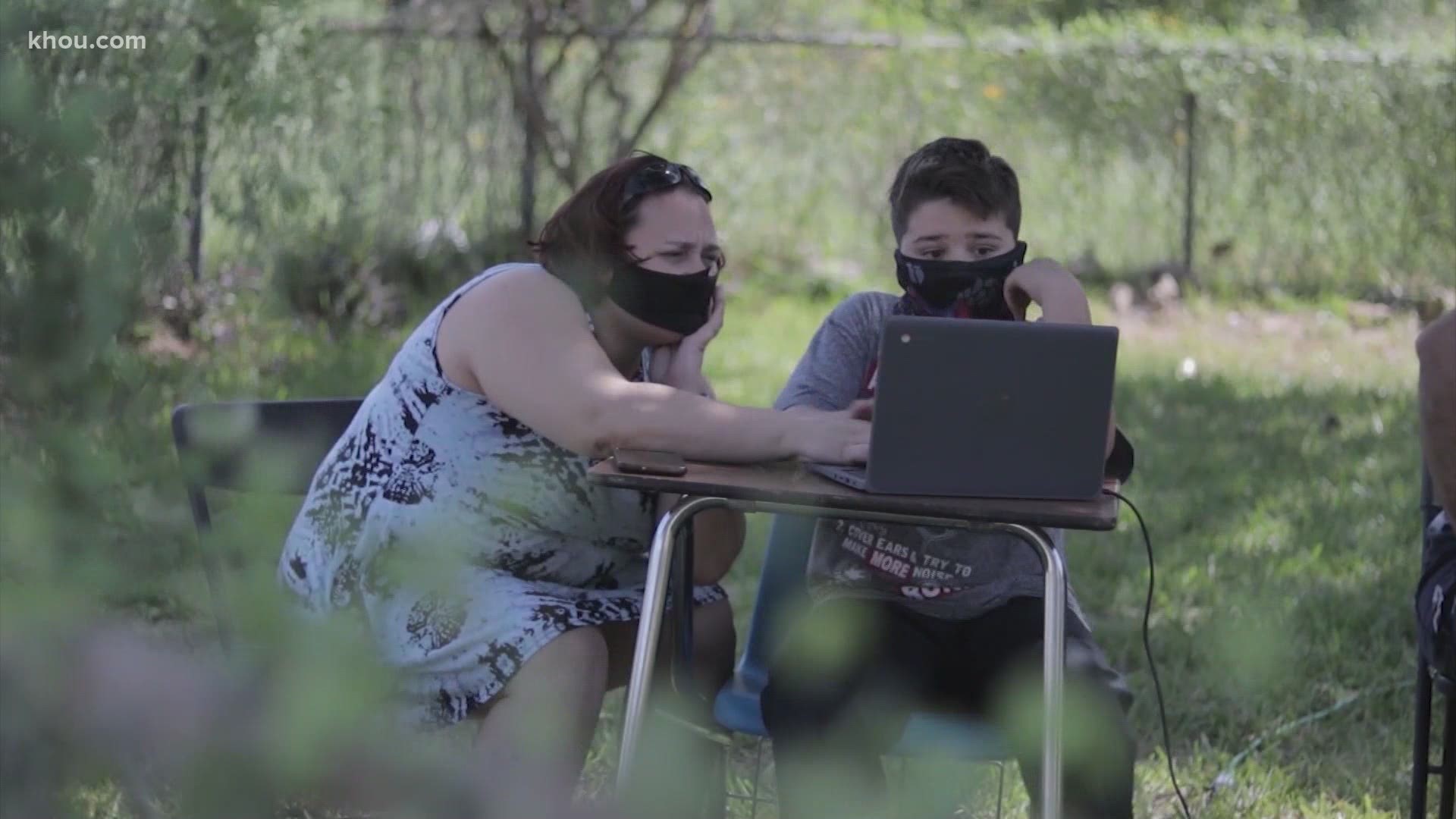 HOUSTON — Every day, a million times over, Jamie Gould pleads for her kids’ patience, pushes them to keep studying as they repeatedly lose internet connection and provides tech support to the best of her non-technologically-inclined ability.

“We have a lot of horrible internet connection issues out here,” Gould said.

The mom of three living south of San Antonio in Bexar County said she lives in a dead zone where multiple hotspots provided by the school district are not working.

“I feel like I'm failing as a mom, because I'm not able to give them the Internet like we need at the moment,” Gould said.

“We're constantly trying to have to battle with three kids in hotspots and trying to get it where they can connect and actually do the assignments and watch the lessons,” Gould said. “But they're so far behind on watching lessons and behind on assignments set right now, I don't even know if they'll be able to catch up.”

Several hotspots the Goulds now have are an upgrade from how the 2020 school year ended.

When COVID-19 first hit and the schools shut down, the school issued one device for three kids and one hotspot.

In the new school year, Gould said the district provided each of her children with a device and eventually more than one hotspot, but the connectivity issues have not improved, even when Gould parked by a WiFi-outfitted school bus the district parked on the side of the road near a neighborhood.

“We are sitting here showing on the screen, ‘No internet, cannot connect,’” she said. “We had Zoom crash while we were sitting at the bus.”

The family had to stop going to the bus because several of them tested positive for COVID-19. As the time of publication, the family should be out of quarantine. But during that time, multiple hotspots weren’t cutting it for the three kids, and they’re still not.

“I get one kid on, but I bounce over to the next one and do the same thing over for that one. And then get that one hooked up only for the other one's screaming at me saying, 'Kicked me out again.’ So it's been rather nightmarish, to say the least, " Gould said. "It's just been a constant struggle with the kids at home and getting further and further behind."

A study published in 2020 by Common Sense, a nonprofit that describes itself as “dedicated to improving the lives of all kids and families by providing the trustworthy information, education, and independent voice they need to thrive in the 21st century,” said Texas, along with California and Florida, have the “largest population of students without adequate connection.”

The study listed 1,829,000 students in Texas without adequate connection.

The Texas Education Agency tells KHOU 11 it is working to address the problem. Part of its Operation Connectivity is to map the dead zones and bring affordable internet to students who need it.

“We're working collaboratively, of course, with the districts, but also with the industry partners to understand specifically where is coverage, where students live, where is their existing infrastructure, and how can we develop products and programs that will make that affordable for districts and for our most needy families,” said Gaby Rowe, project lead for Operation Connectivity.

Rowe told KHOU 11 the project has made significant progress toward closing the device gap, the first phase of the effort, with thousands of devices and hotspots being distributed across the state. In July, state leadership announced the allocation of $200 million in coronavirus aid to purchase “eLearning devices and home internet solutions to enable remote learning during the COVID-19 pandemic for Texas students that lack connectivity,” a press release said.

Rowe said 116,000 Chromebooks were delivered last week and this week, 98 percent of hotspots have been shipped and delivered and 100 percent of iPads are being delivered to the districts and being deployed.

“That's a lot of equipment in a lot of students hand,” Rowe said. “Then we need to get to the next phase, which is, as I said, how do we leverage existing infrastructure for broadband and make sure that there is a stable, steady, high speed Internet connection where that is the right solution for students.”

In the Rio Grande Valley, Maria Arias is struggling to provide at-home education for her two daughters, one in 4th another in 6th grades.

“When my daughters went back to school, they got a hotspot that doesn't work properly where we live, so we had to have internet installed at home,” Arias said.

Arias said she had to cut back on other expenses to afford this.

“Every month I pay a bill and fall behind on another,” she said. “I have to find a way to keep the internet paid.”

A sacrifice that still doesn’t fully pay off for her daughters, because of where the family can afford to live.

“They’ll lose the connection and they have to start their assignment all over again or can’t do anything at all,” she said.

“The older one stresses out and cries a lot,” she said. “She stays awake staring at the wall to try to sleep because she’s overthinking about the work she needs to complete.”

Parents aren’t only worried how their kids will get and stay online, but whether they themselves have the tech skills to help them.

“It’s hard for me, because I have to balance my housework with technology,” said Brenda Lilian Martinez, a mom of four living in Plano. “It’s still new to me, and the situation is stressful. Sometimes I’ll ask my older kids for help, but they're busy doing their own work.”

“We had to submit some work on Friday, and I wasn't able to do it until Sunday, and it wasn’t just one assignment. It was several,” Martinez said. “This was on Google Classroom and I don’t know how to use Google Classroom. I got help from my husband and son and that’s how I’m learning.”

Every day, a million times over, many parents plead, push and struggle like Gould, only to fall short.

“He's still on the same thing, nothing,” she said, sitting by her son in front of his Chromebook.

But we keep trying, because that’s what parents do for their kids.

“You can't give up. You've got to keep on trying, no matter how hard it gets.” Gould said.

Her kids are expected to return to in-person learning very soon.

UPDATE: Since KHOU 11 first interviewed the Goulds, they tell us someone who saw the family featured in another story helped them get satellite internet. 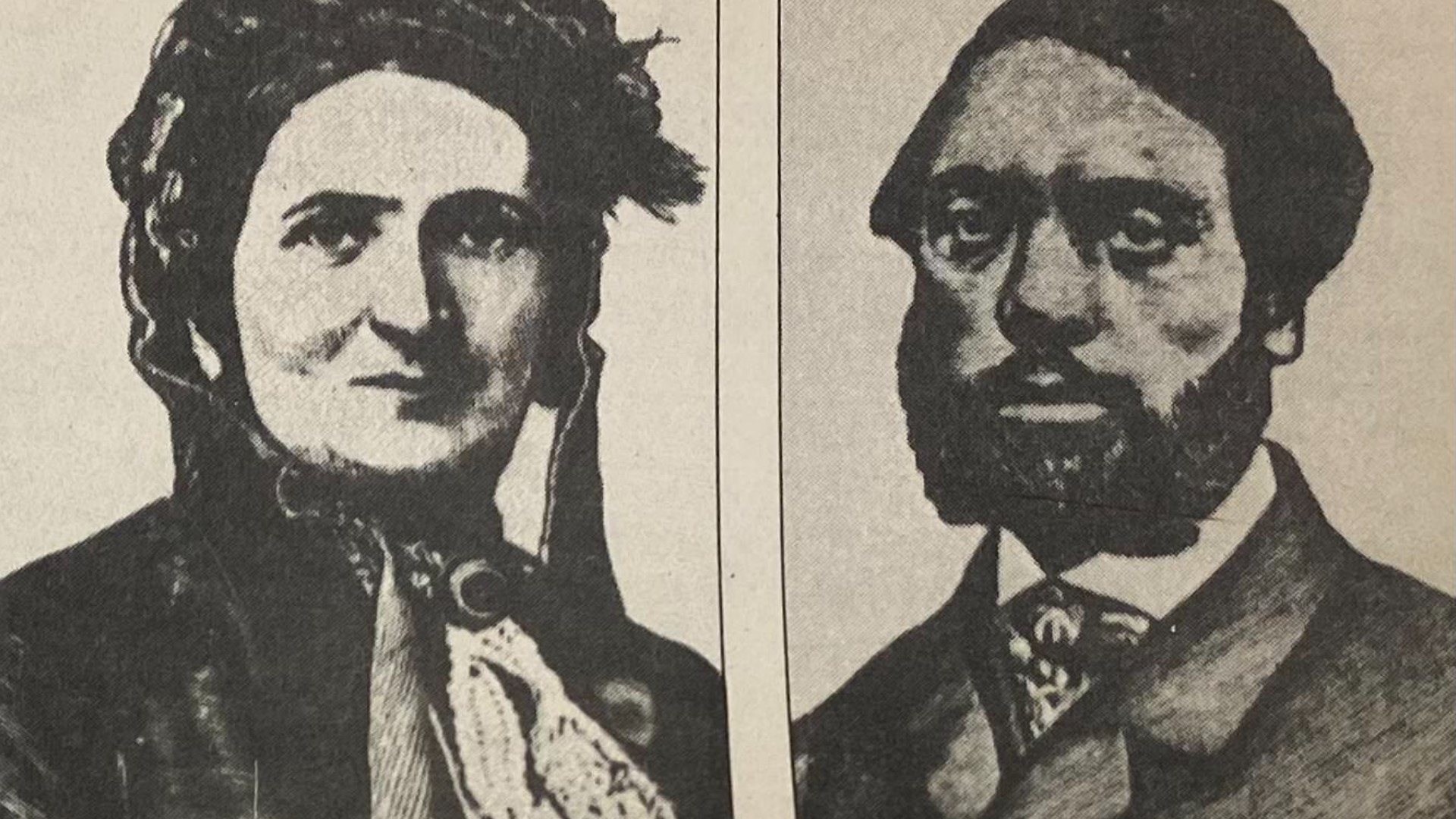 Just Curious: Who are Ellen and William Craft?