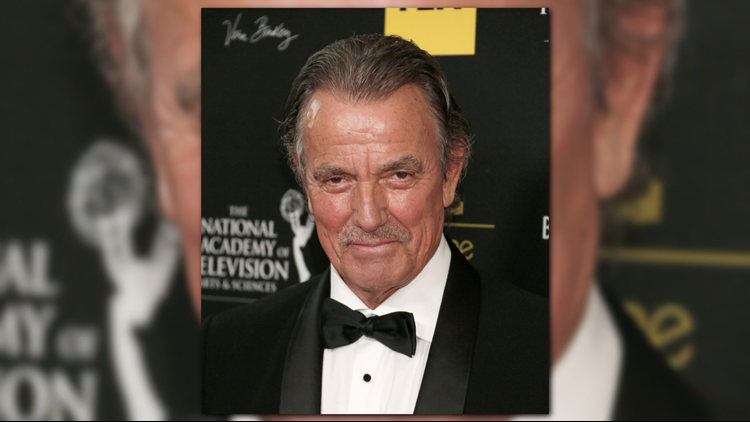 LOS ANGELES — He’s one of daytime TV’s biggest stars. Now Eric Braeden, who plays the infamous Victor Newman on “The Young and the Restless,” is celebrating his 40th anniversary on the popular CBS soap.

For 40 years, he’s been one of daytime TV’s most recognizable faces, and the most powerful force in all of Genoa City. Eric Braeden’s decades-long portrayal of the ruthless Victor Newman on “The Young and the Restless” has earned him a Daytime Emmy and a People’s Choice Award, all for a role he nearly passed up. “I was playing tennis with an old friend of mine, Dabney Coleman, you know the guy from ‘9 to 5,’ wonderful actor. He said, ‘Do it, you’ll love it!’” Braeden says.

So he did. Braeden originally signed on to play Victor for only a few months, but he fast became a fan favorite.

Braeden has since found himself entangled in hundreds of storylines, from amnesia, to near death experiences, to more than a dozen on-screen marriages. But it’s Victor’s layered backstory, as a child abandoned by his parents who rose to fortune and fame, that Braeden says makes the character so fulfilling to play. “He’s on one hand tough, ruthless, does this (hits fist into hand) if he has to, but he’s also vulnerable. He wants to be loved and he wants to love, but he can’t really. He’s a loner. It’s a fantastic part,” says Braeden.

It’s a part that’s earned Braeden legions of fans around the world. He says they are the reason he keeps coming back for more. According to Braeden, “What I mostly want to convey to my fans is how deeply grateful I am that they took to the character. Without that, I wouldn’t be here.”

“The Young and the Restless” will celebrate Braeden’s milestone anniversary over three episodes airing February 18, 19, 20 on CBS.

RELATED: 'The Young and the Restless' celebrates 41 years