Want to make a movie? Just pick up the phone. 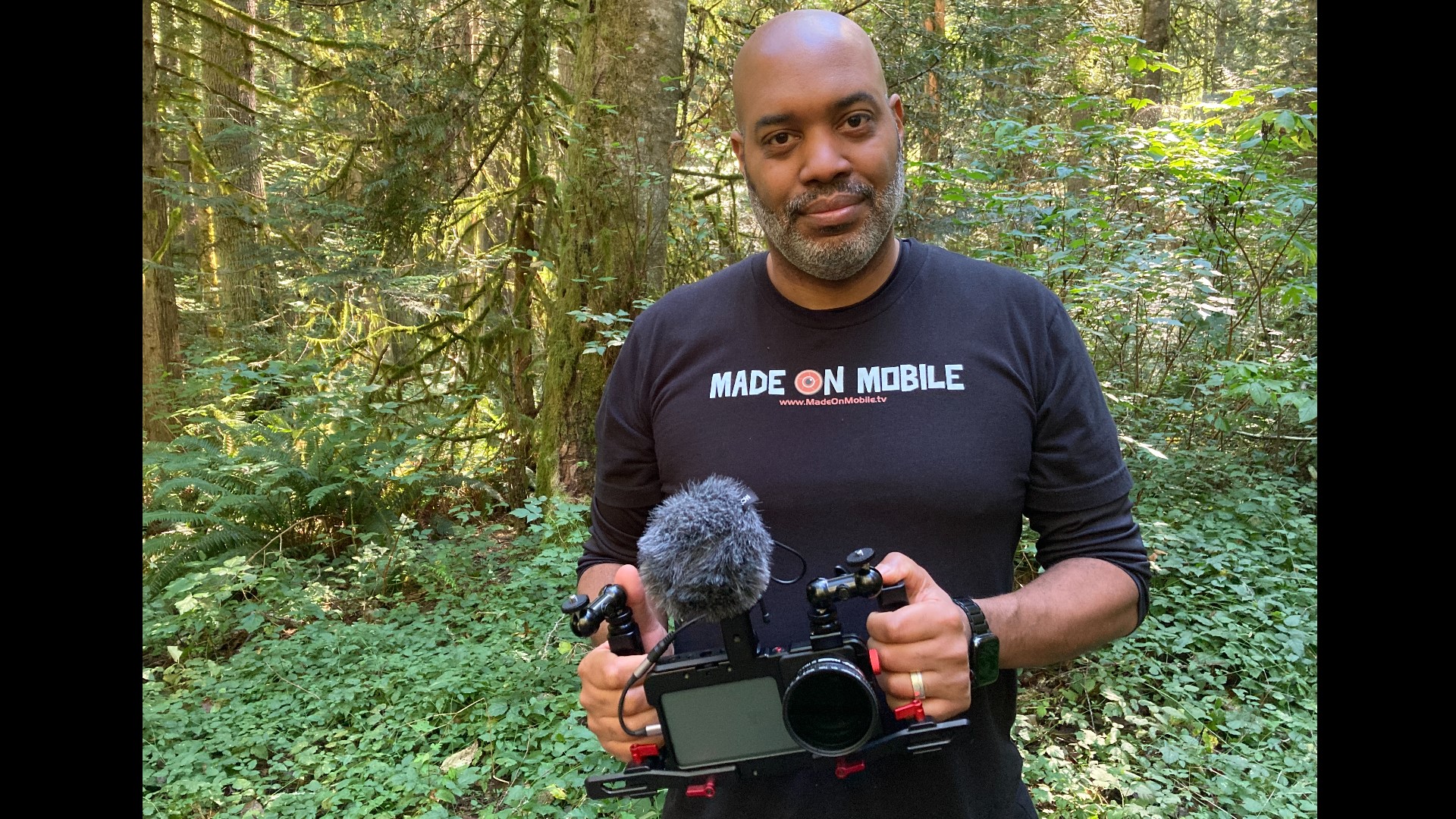 BAINBRIDGE ISLAND, Wash. — In  "Wood Witch: The Awakening" four best friends camping on a northwest island come face to face with the Norse goddess of the underworld and all hell breaks loose!

To make the film director Courtney G Jones didn't have to plead with investors for funding. He literally just had to pick up his phone.

“Mobile phones are ready for prime time,” says Jones. “I don't need to wait for Hollywood. I don't need permission from Hollywood to go out and create what I want to do.”

What Jones wanted to do was make a horror film in his hometown of Bainbridge Island using local places the historical museum and local actors like Bradley Tatum.

“The biggest reaction that I'm getting from my friends and family and people that I know is ‘Oh my god, you're in this movie and it's like a legit movie and it's on Amazon! Holy cow!” says Tatum, who adds, “My mom was not happy to see me die.”

Tatum’s death scene --like the last third of the movie--was shot in the island’s peaceful Grand Forest West. With a few lights, a soundman and his phone, Jones says he had everything he needed.

“So now it's just up to you to capture the story,” he says. “And the story is always king.”

The story may be king but mobile phones might be the future. Sean Baker's Tangerine was a Sundance hit and Steven Soderbergh has made two films on phones.

Jones and Tatum are reteaming for a sci-fi series that will be shot on phones, using the FiLMic Pro app, and edited on iPads using LumaTouch.

Jones has launched “Made on Mobile TV”, a streaming service dedicated to professionally made mobile video content.

If you've spent your whole life waiting for Hollywood to make your nightmares come true, maybe it's time for you to pick up the phone.

“All I have to do is grab my phone and a little bit of support gear and just go off and shoot,” says Jones.