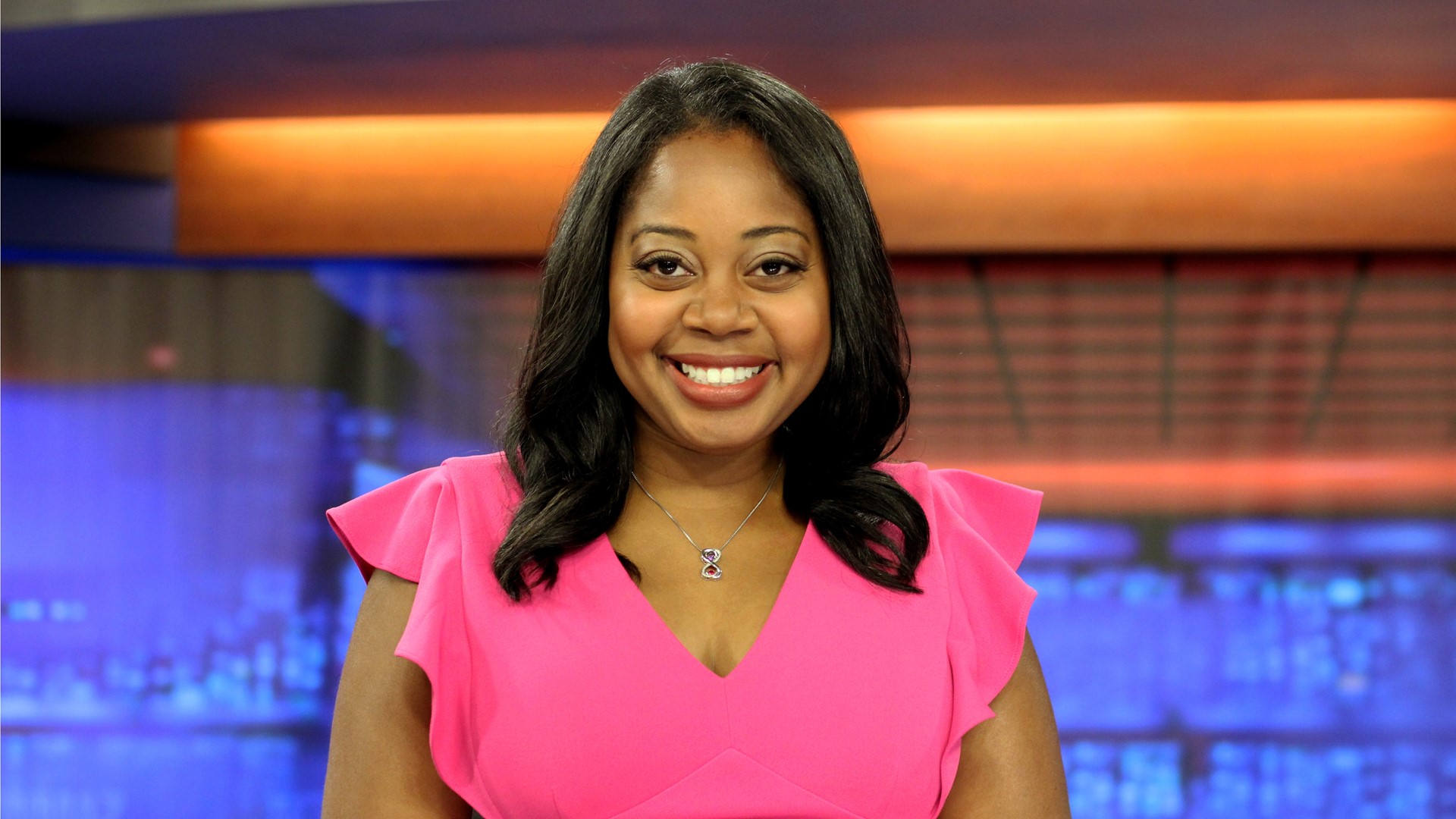 Eryn comes to 13WMAZ from WSPA-TV in Greenville, SC. While there, she covered several national news stories such as the removal of the Confederate Flag from State House grounds following the murders of nine church members in Charleston, a fatal school shooting in a small South Carolina town, and wildfires and landslides that ravaged counties in Western North Carolina.

Before moving to South Carolina, Eryn worked as a reporter and fill-in anchor in Fort Wayne, Indiana and Topeka, Kansas.

Eryn graduated from the Medill School of Journalism at Northwestern University, where she finished the Accelerated Master’s Program securing her Master’s and Bachelor’s degrees in simultaneous fashion.

While in school, Eryn held an internship with MSNBC’s “Hardball with Chris Matthews”. A native of Atlanta, Eryn also interned at WSB-TV.

When she’s not working, Eryn enjoys exercising, exploring new restaurants, and volunteering with two of her organizations, the National Association of Black Journalists and Delta Sigma Theta Sorority, Inc.

After being away for more than a decade, Eryn’s returned back to her home state.

Central Georgia, thank you so much for welcoming me into your homes for the past nearly three years. Waking up in the wee hours of the morning is never easy, but knowing I was sharing my mornings and middays with all of you made it worth it. It’s been such a blessing to be able to do the job I love at a station like 13WMAZ and back in my home state after a decade of being away. Words really can’t describe how special that was. So, the decision to leave wasn’t an easy one, but it’s bittersweet. Bitter because it’s always hard leaving a place and people who have truly become family. However, the sweet part is I’m moving from one music city to another. I’m trading in my peaches and Poplar for blues and Beale. I’ve accepted a promotion to our sister-station in Memphis, Tennessee. I’ll be the morning and midday anchor there as well. Thank you for the memories, Central Georgia. You’ll forever be on my mind, and that’s straight from the heart.