Officers had a bit of fun in Lee County. 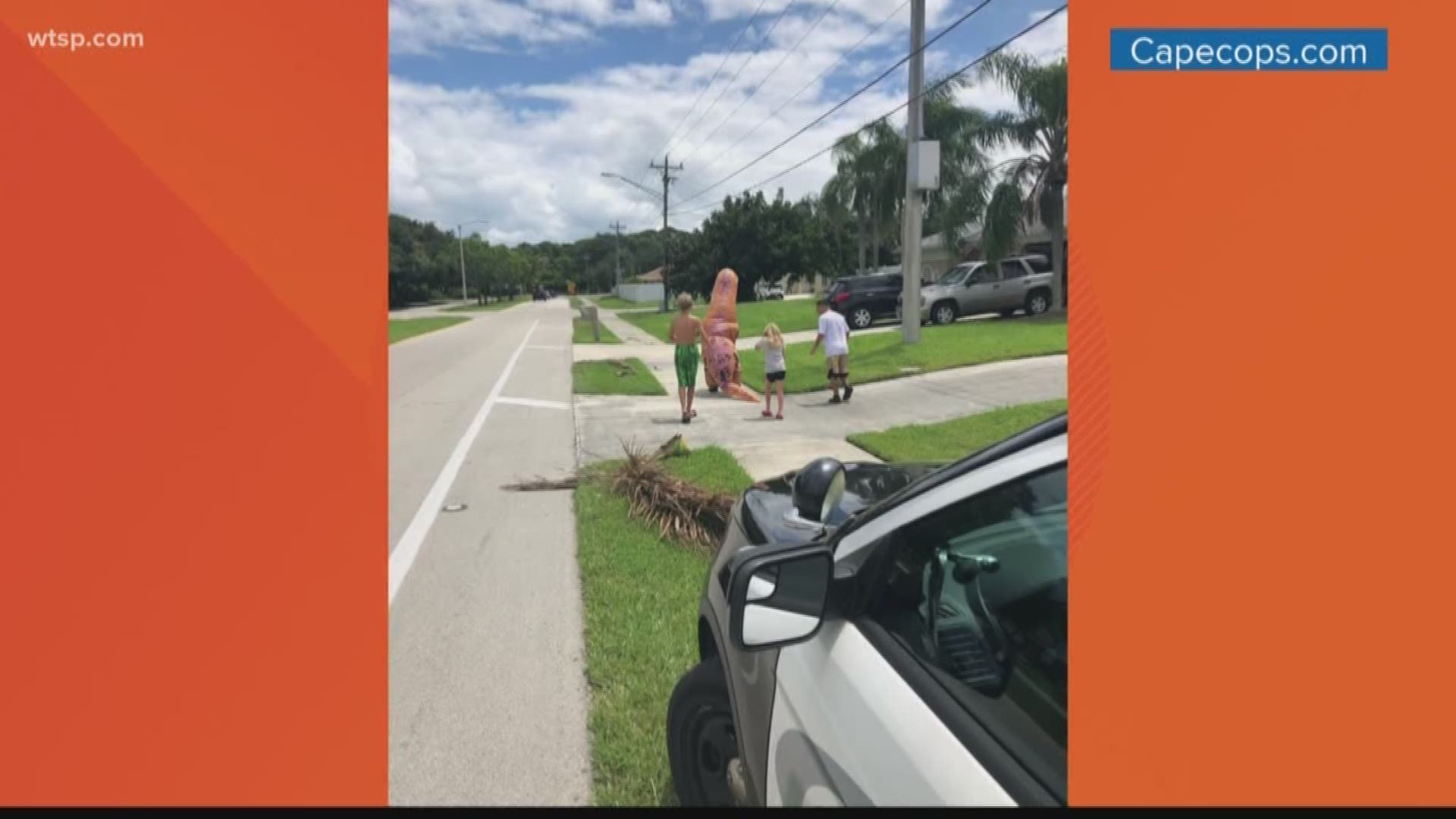 CAPE CORAL, Fla. — Police are trying to make crime extinct, and they're starting by taking on a ferocious predator.

A Florida officer arrested a Tyrannosaurus Rex for what can only be described as "terrorism." In a tongue-in-cheek blog post, investigators said the dinosaur was found chasing children through a neighborhood in Cape Coral.

According to the humorous post, Officer Patrick Dowdle nabbed the carnivore but struggled to handcuff the perpetrator due to the T-Rex's "tiny arms." Once the dinosaur was safely detained, the T-Rex was crammed into the back of a police cruiser -- which was a feat of its own.

The dinosaur's name has not yet been released.

No children were hurt.