Funnel cakes and murder at the State Fair

DES MOINES—Tens of thousands of people are flooding the Iowa State Fair this week to celebrate one of Iowa's grandest traditions. They stand in long lines to eat corn dogs, view 1,100-pound boars and glimpse a life-size statue of a cow sculpted entirely from butter. 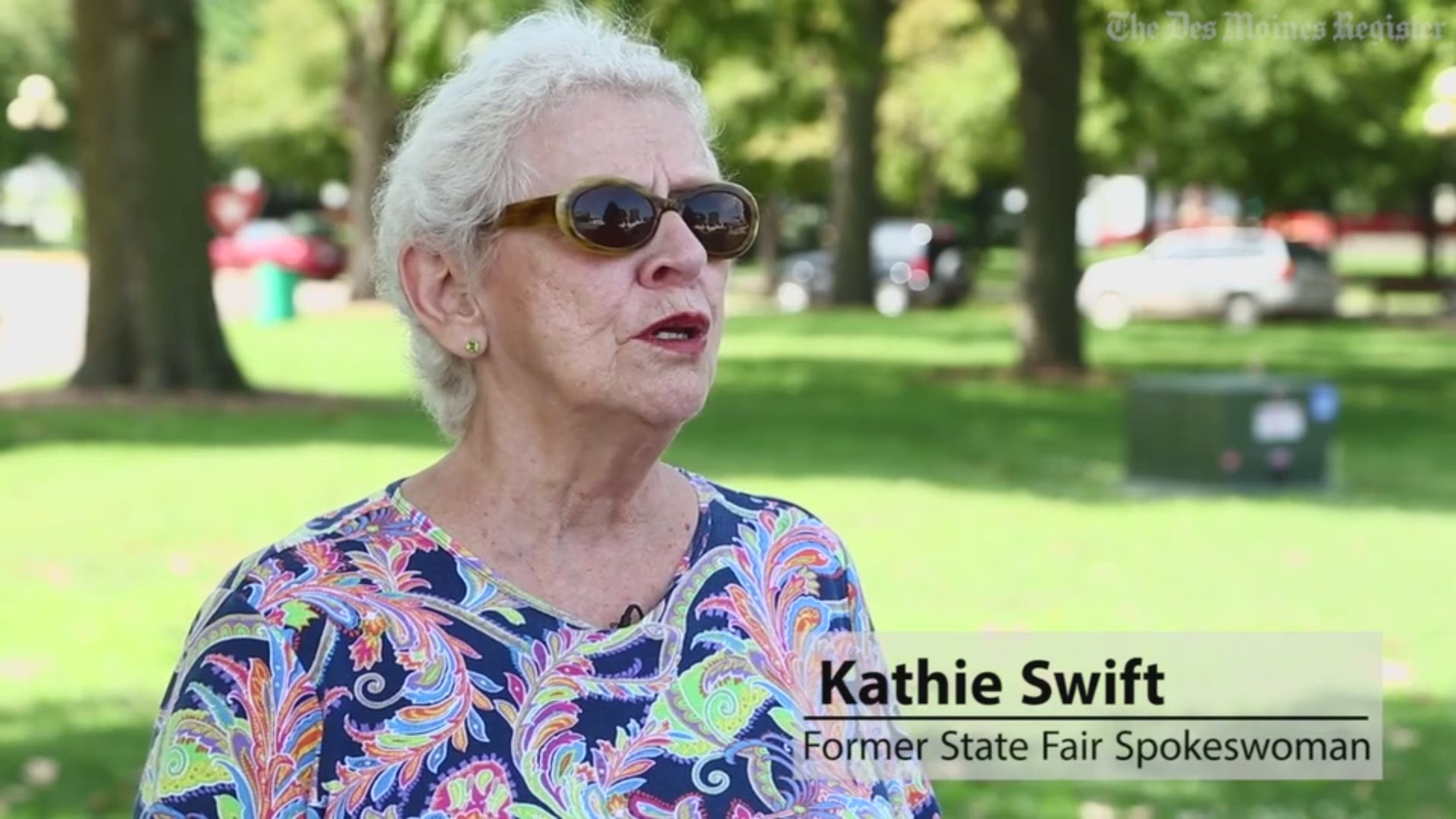 DES MOINES—Tens of thousands of people are flooding the Iowa State Fair this week to celebrate one of Iowa’s grandest traditions. They stand in long lines to eat corn dogs, view 1,100-pound boars and glimpse a life-size statue of a cow sculpted entirely from butter.

Twenty years ago, the annual fair was interrupted by a crime so grisly that it still shocks Iowans.

Bobie and Marilyn Blewer, Missourians who ran a popular funnel cake stand, were gunned down at the fairgrounds as part of a cold-blooded murder plot fueled by envy and lies.

Beau Blewer, 38, has been wrestling with his parents’ murders since Aug. 12, 1996, when he discovered their bound and gagged bodies on the floor of the family’s motor home.

For two years afterward, Beau Blewer tried to carry on their funnel cake business. He would hitch the red funnel cake stand with its gold wagon wheels to a pickup truck and travel with his younger sister, Jada, to fairs around the Midwest, selling deep-fried batter sprinkled with powdered sugar. But he had to give it up.

“I couldn’t handle it,” Beau Blewer said. “I couldn’t walk into the trailer seeing their faces all the time.”

Bobie and Marilyn Blewer began operating Florrie’s Funnel Cakes in the mid-1970s, not long after they married. They traveled a circuit of fairs each summer, living in a charter bus they converted into a home on wheels.

That Aug. 12, a Monday, Beau and his younger sister, Jada, left the family motor home shortly after 8 a.m. to begin serving funnel cakes to the crowd at the Iowa State Fair. By 1 p.m., their parents still hadn’t shown up.

Beau went back to the family bus and discovered a horrific scene.

His father was face down, duct tape covering his mouth and a bullet wound to the back of his head.

His mother was on her back, just beyond her husband, with bullet wounds to her chest and forehead.

Investigators found the bus’s safe was open, with thousands of dollars in cash missing.

Two things immediately caught authorities’ attention: Beau’s red pickup truck was missing and so was Jerimy Sneed, a tattooed 22-year-old felon who was working in the funnel cake stand.

The investigation quickly zeroed in on Sneed. Soon, a nationwide manhunt ensued.

For 19 days, Sneed crisscrossed the country after leaving Des Moines on a bus.

He blew through the duffel bag full of stolen cash, buying tattoos, booze, drugs and prostitutes in stops from New York to Seattle to Miami.

But he was tired of running, and he knew the law was on his trail.

On Aug. 31, 1996, Sneed left his oceanfront hotel room in Miami’s South Beach and dialed the Dade County police from a pay phone.

A few hours later, Sneed was recounting the killings in stunning detail in a videotaped confession.

Sneed told detectives he had forced Bobie Blewer to take about $22,000 from the family’s safe before ordering Blewer to duct tape his wife’s mouth and then his own.

“I lied to them and told them, ‘I’m not going to take it all. I just need some money,' ” Sneed recounted.

But Marilyn Blewer tried to get up from the table where she sat, and Sneed shot her in the chest. He then fired a round into the back of her husband’s head, killing him.

“I noticed Marilyn wasn’t dead yet … so I shot her in the forehead,” Sneed told the detectives.

Sneed said he wasn’t acting alone. He told detectives the robbery and murder plot had been hatched by the Blewers’ oldest daughter and her husband, Jamie and Rodney Borushaski.

The Borushaskis lived in a small trailer on the Blewers’ property near Granby, Mo., and were jealous of the cars and gifts that Beau and Jada Blewer received from their parents, Sneed said.

They dreamed of a windfall from the Blewers’ inheritance and life insurance payouts, Sneed said.

In separate trials, Jamie and Rodney Borushaski were convicted of two first-degree murder charges and received life-in-prison sentences. Jerimy Sneed took a plea deal that ensured he would spend the rest of his life in a federal prison.

Still, the fallout continued to haunt Beau and Jada Blewer.

Beau briefly competed on the rodeo circuit but now lives on a ranch in southern Missouri with his girlfriend and 5-year-old son.

Jada often wonders what her parents would think of her life. She and Beau still haven’t forgiven their older sister and her husband.