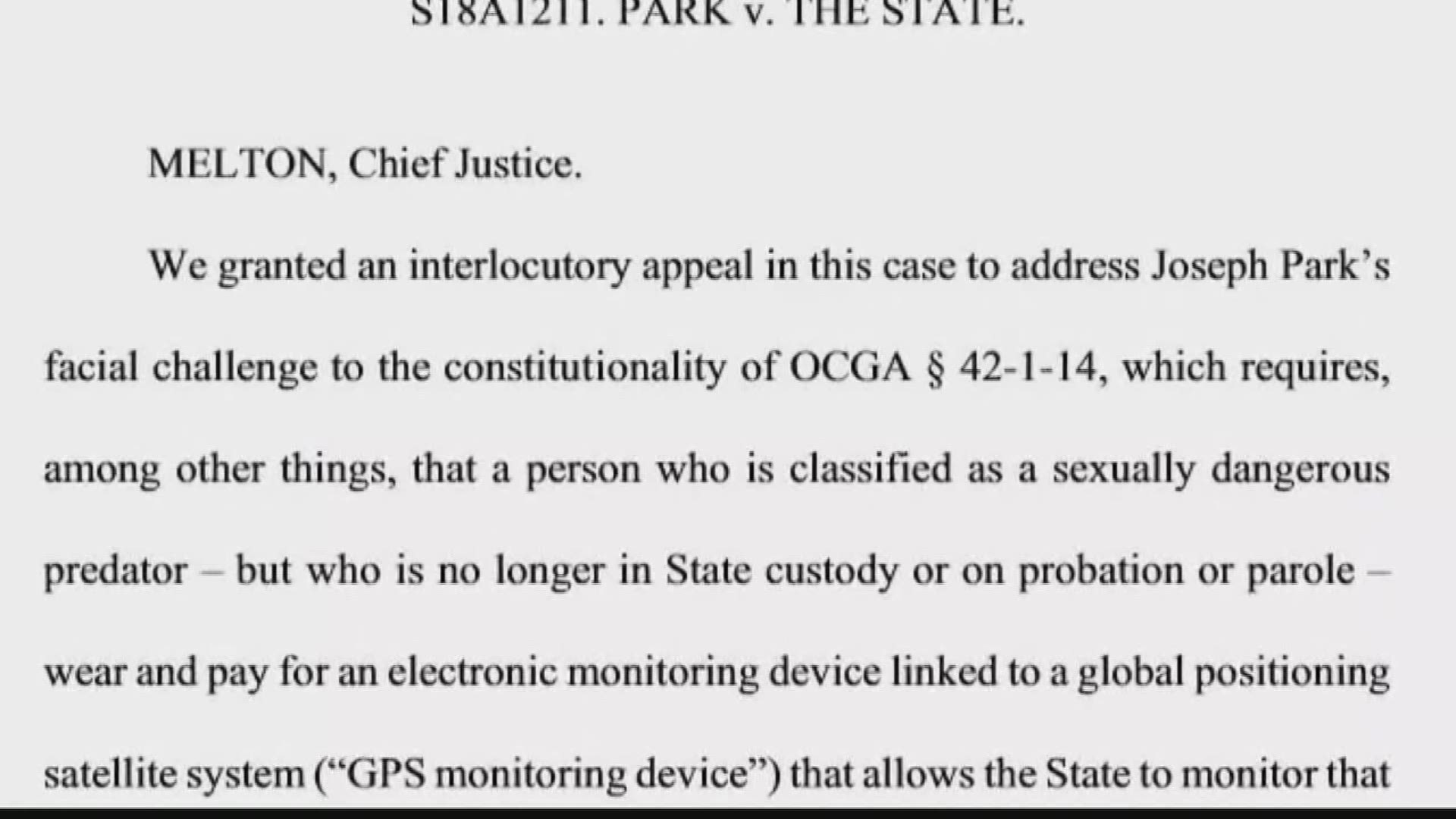 HOUSTON COUNTY, Ga. — A recent decision from the Georgia Supreme Court is shaking up the way law enforcement tracks some sex offenders.

For years, Georgia law required lifelong electronic tracking for "sexually dangerous predators" even after they completed their sentence, including their time on probation or parole.

However, in a ruling released Monday, the state's top court said no more.

In a unanimous decision, the court ruled that lifelong monitoring after a completed sentence violates the Fourth Amendment's protection against unreasonable search.

Defense attorney Frank Hogue thought the court got it right.

"I think it's a good decision because it holds the Fourth Amendment center to our values of privacy against government intrusion," said Hogue.

On the law enforcement side, the response was mixed.

Lieutenant Kent Bankston with the Houston County Sheriff's Office said those post-sentence ankle monitors were reserved for serious offenders, including those who committed crimes against children.

"When you've committed rape, you know, or any type of felony such as that," said Bankston.

But he said the ruling wouldn't keep the sheriff's office from doing their job.

"I understand the public concern, but it's not going to change the way we do things," he said.

Offenders who were formerly wearing the tracker will remain on the sex offender registry and will still have to provide their address to law enforcement. Bankston said law enforcement will, in turn, continue to verify those addresses with in-person checks, as they always have.

He also noted that the "predators"--the group of sex crime offenders the Georgia Bureau of Investigation deems most dangerous--make up a very small portion of Houston County's sex offender registry.

Of 287 people on the registry, Bankston said only five were classified as predators.

According to Sgt. Clay Williams, the county has 404 offenders total on the registry. Five of them are deemed predators.

In a Facebook post, he said the ruling has 'essentially removed the shackles from monsters in our society.'

He went on to ask legislators to find a way to bring the monitoring program back.

Hogue says a short concurring opinion shows that could be a possibility.

"(It) essentially tells the Georgia legislature 'here's an idea for how you can monitor these people with a GPS legally for the rest of their lives," he said.

That idea, he said, is passing legislation that calls for lifetime probation sentences for the worst sex crime offenders.

While on probation, the law provides them a diminished expectation of privacy. Under those circumstances, law enforcement could be able to legally track offenders with monitoring bracelets.