Lazavier Lamb was once told by doctors he may never be able to walk, but that's exactly what he plans to do on graduation day 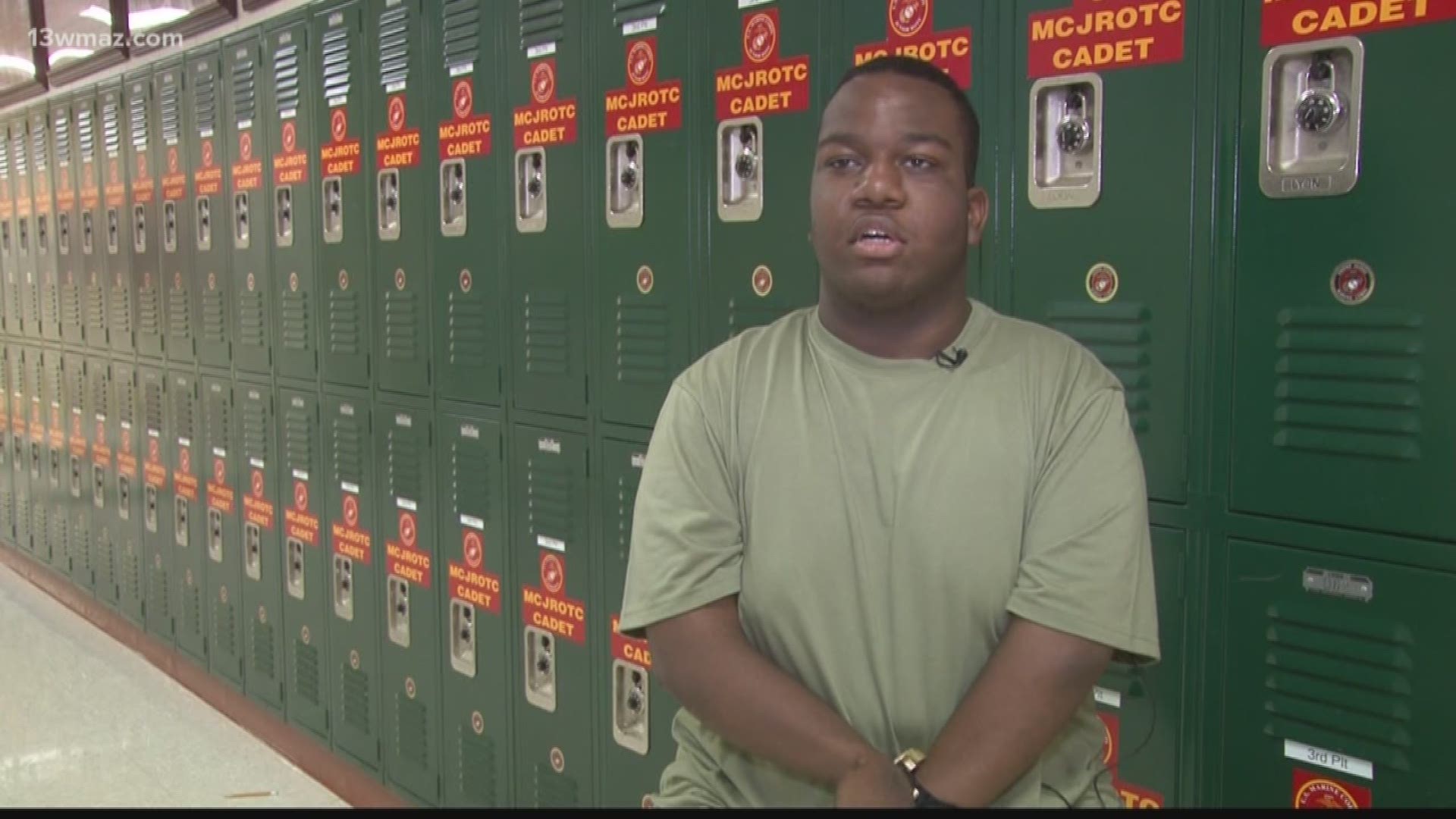 MACON, Ga. — For most high school seniors, graduation is their first major accomplishment.

For Lazavier Lamb, walking across the stage will be his defining moment.

"I was born with the diagnosis called arthrogryposis, where it makes the muscles in your lower legs and your arms very weak, so it forces you to walk on your knees," he said.

18 years ago, Tasha Lamb wasn't sure if her premature son would live a week.

"When he was born, I got the call, 'Mom, you need to get here, your baby may die today,'" Tasha said.

As he grew up, she worried if he'd live a normal life.

When Lazavier turned 12, doctors said he might never use his lower legs to walk, but with bilateral-through-knee amputation surgery, he could use prosthetics.

Tasha said from then on, Lazavier had a goal.

"He decided I want to do this going into middle school, so that when I get to high school I am walking," she said.

Now he's not only walking, but he's a cadet with Rutland High's Marine Corps JROTC. He maintains a 3.0 GPA and is a fixture in his church.

"I'm doing everything I want to do, hanging with my friends, I'm going out, I'm doing things I never thought I would do," Lazavier said.

He's inspiring others along the way, including his Marine Corps JROTC instructor William Strohsahl.

"Whether it was physical training, whether it was uniform inspections, he's never used his disability as a crutch. From day one he's impressed me like no other cadet within the program," Strohsahl said.

"There have been days when I just feel exhausted, but he gets up every morning, and when he gets up, and he always wants to go to school, I say, 'I can get up too,'" she said.

Lazavier has surpassed his goal of walking.

Rutland's MCJROTC program director Robert Dewitt says he has already decided he won't be needing any help across the stage.

Lazavier says he's confident in himself.

"I have the confidence, and I have the strength to do whatever I need to do if I put my mind to it," he said.

Dublin student returns to school after dropping out