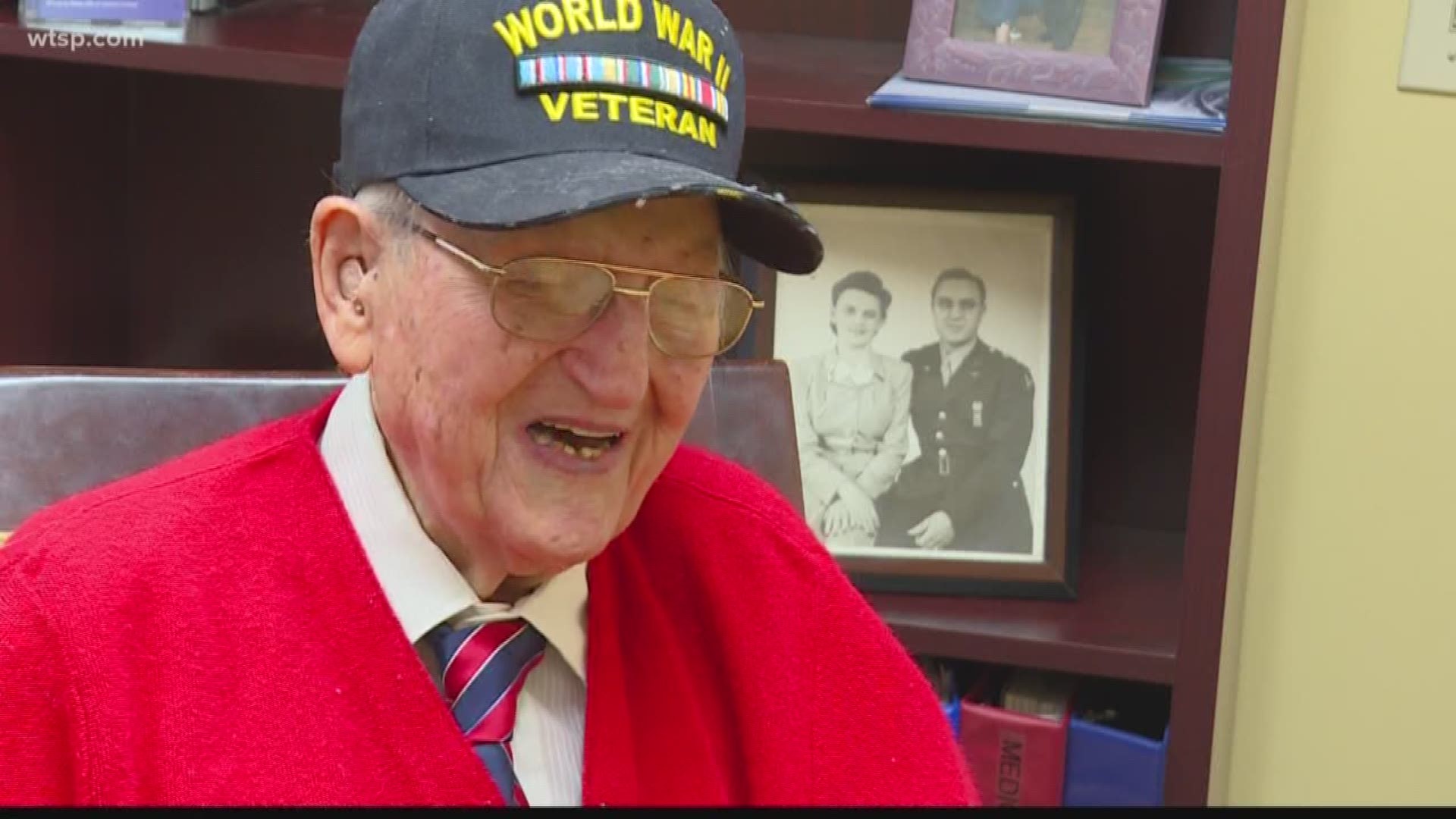 NEW PORT RICHEY, Fla. — The "greatest generation" is getting older.

Every year that passes, we lose more and more heroes, so if you're lucky enough to still celebrate one of their lives, you go all out.

Staff and residents at Brookdale Senior Living in New Port Richey are throwing him a huge party.

"I love it! I love people," DePietto said.

County commissioners, the mayor and Pasco County Sheriff Chris Nocco all showed up at the party to wish him a happy birthday.

The Honor Guard from MacDill Air Force Base also attended to present DePietto with a special flag folded in a wooden box.

DePietto was a Captain in the Army Air Corps during World War II. He was stationed in China and was charged with setting up mobile command units.

He said the best moments of his life include time with his wife, who passed away in 2007, and the birth of his three daughters. DePietto said family means the most to him.

When asked what the secret is to being so happy and healthy at 100-years-old, he said, "Just do the things you like to do, always, always, be helpful to others. My prayer at night is that I help somebody progress…at  least smile."