Over Dee Henry's 14-year career in the fitness industry, she finally met her match when her oldest child asked to become a client to begin his healthier lifestyle. 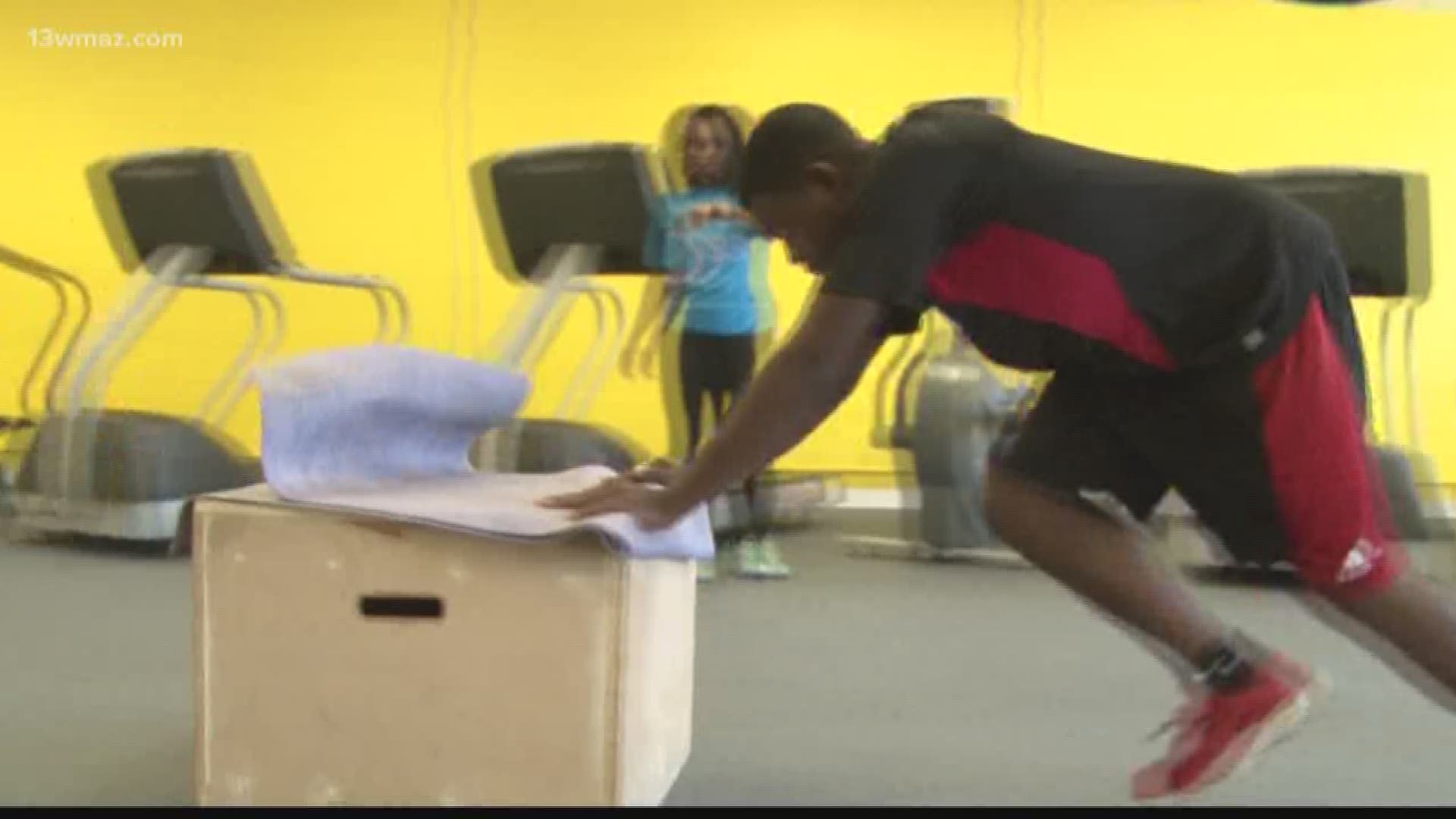 Every month on Wednesday nights, 13WMAZ features personal trainer Dee Henry helping to motivate our viewers to get Amped Up to live healthier lives.

While Dee was encouraging clients at her gym and some of you at home, she was also challenging someone close to her to make changes in his own fitness journey.

Over Dee Henry's 14-year career in the fitness industry, she finally met her match when her oldest child asked to become a client to begin his healthier lifestyle.

After a year in college, her son Curtis fell victim to the "freshman 15."

He also decided he wanted to explore options outside of the classroom, so he turned to the Air Force, but his dreams to help protect the skies went dim when he walked into the recruiters office.

"He told me to step on the scale and I was weighing in at 205, and he told me, 'You have to get your weight down to 165,' and I thought it was pretty much impossible," said Curtis.

But his mom felt otherwise. They immediately went to work with daily workouts before adjusting his eating habits.

Curtis admits he was never the athletic type and spent the majority of his life overweight until a growth spurt hit in his early teen years.

He knew the journey of being active would definitely be a challenge.

Dee said, "At first, he was not very happy with that, and as a mom, you have to do what's best for your kid, and for me not only being his trainer but also being his mom made pull rank in that direction."

In fact, the journey became more of a family affair, with his father Lawrence, a 20-year veteran of the Air Force, also joining the two for occasional workout sessions to give Curtis the support he needed to shed those extra pounds.

"I'm pretty excited because my recruiter said he was surprised that I actually came back and that he didn't recognize me, and he said it's people like me that should join the force because I was able to be so dedicated and put in the work to join the force," said Curtis.

Under the direction of his mom and trainer, Curtis lost 40 pounds in less than 6 months and was able to enlist into the Air Force in May on his mother's birthday, a gift the entire family was able to celebrate together.

"For him to accomplish it and stick with it every day -- we all know we can tell our kids to do things and he can do whatever he wants and eat whatever on his lunch break, but he stuck to it, so I was super proud when he stuck to it," said Dee.

Staying dedicated while serving has become his new mission.

Curtis said, "Basically when I get in, I'm going to find some people that are levelheaded and into fitness like I am now and stay with them."

Curtis expects to get the call for his boot camp schedule any day now.