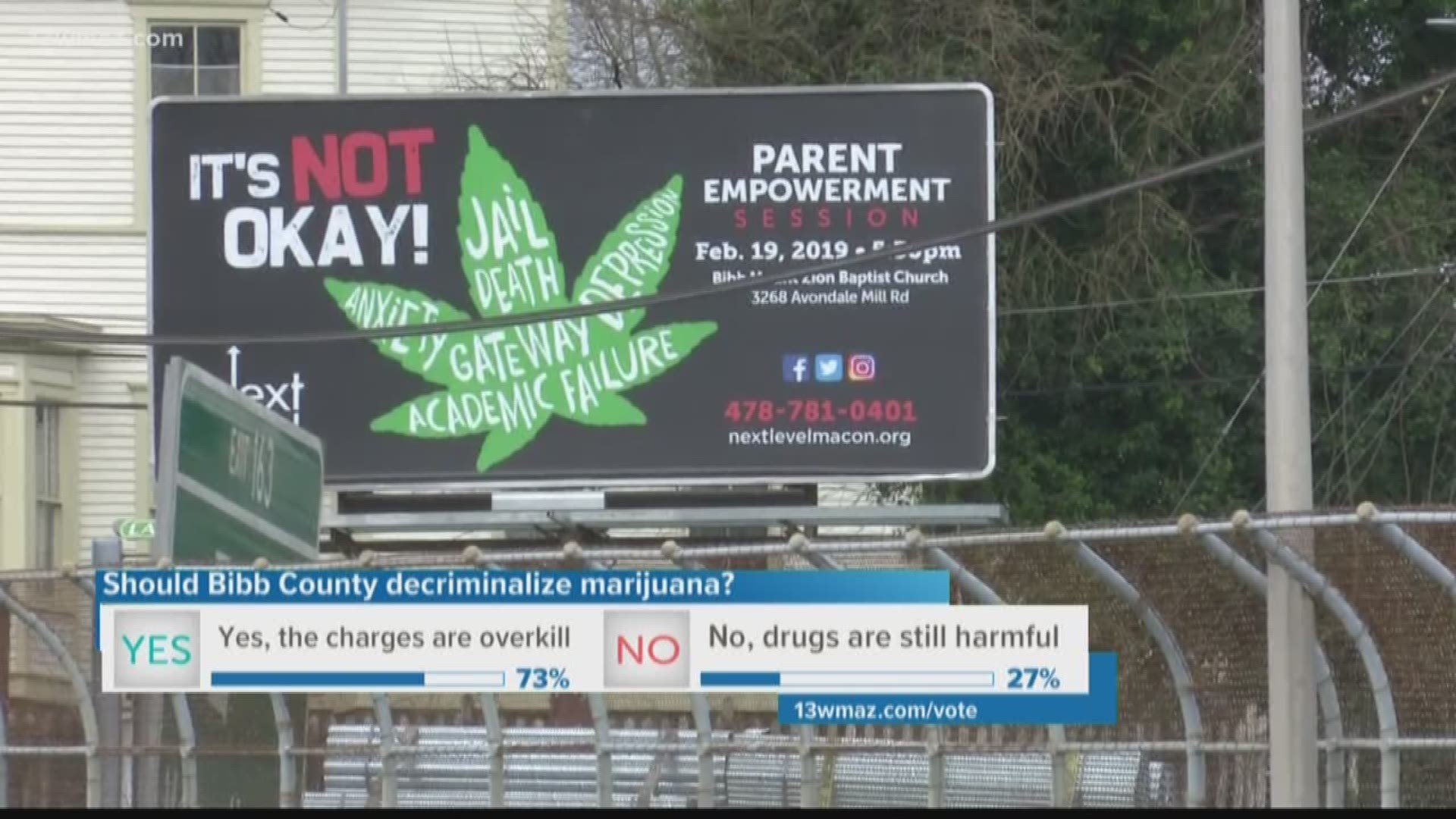 MACON, Ga. — Two Macon-Bibb commissioners want to do away with criminal penalties for people holding small amounts of marijuana. Al Tillman and Virgil Watkins filed an ordinance that is scheduled to be discussed by a county committee on Tuesday. It says a person convicted of possessing less than an ounce should pay a fine of no more than $75, with no jail time. “It would be handled like a speeding ticket," says Watkins.

The ordinance says the current criminal penalties for possessing small amounts of marijuana are overly harsh and hurt the community. "We’re not saying that we’re legalizing marijuana in Macon-Bibb County, we’re saying that we’re downgrading the penalties that are associated with it," says Watkins.

According to Watkins, under current county law, those found with an ounce or less of marijuana could face up to a year and jail and a $1,000 fine. Watkins says since consolidation, 145 people have gone to jail for marijuana possession alone, totaling 360 days in custody.

According to Watkins it costs $55 a day to house an inmate, meaning its cost the county just shy of $20,000 to prosecute minor marijuana crimes in roughly the last 4-and-a-half years. "That’s also staff and manpower that’s not out on the street dealing with shooting, violence, and burglaries," says Watkins.

While people around Macon had mixed opinions on the idea, those who spoke to 13WMAZ on camera were all in favor of lesser punishment.

According to one website, one ounce is about the amount contained in a small sandwich-sized plastic bag.

Commissioners will discuss the ordinance Tuesday in committee.