'I saw four or five with it:' Central Georgia cases of hand, foot, and mouth disease

The viral infection is usually seen among children ages 5 and younger. The common way it spreads is from saliva and mucus passed from kid to kid. 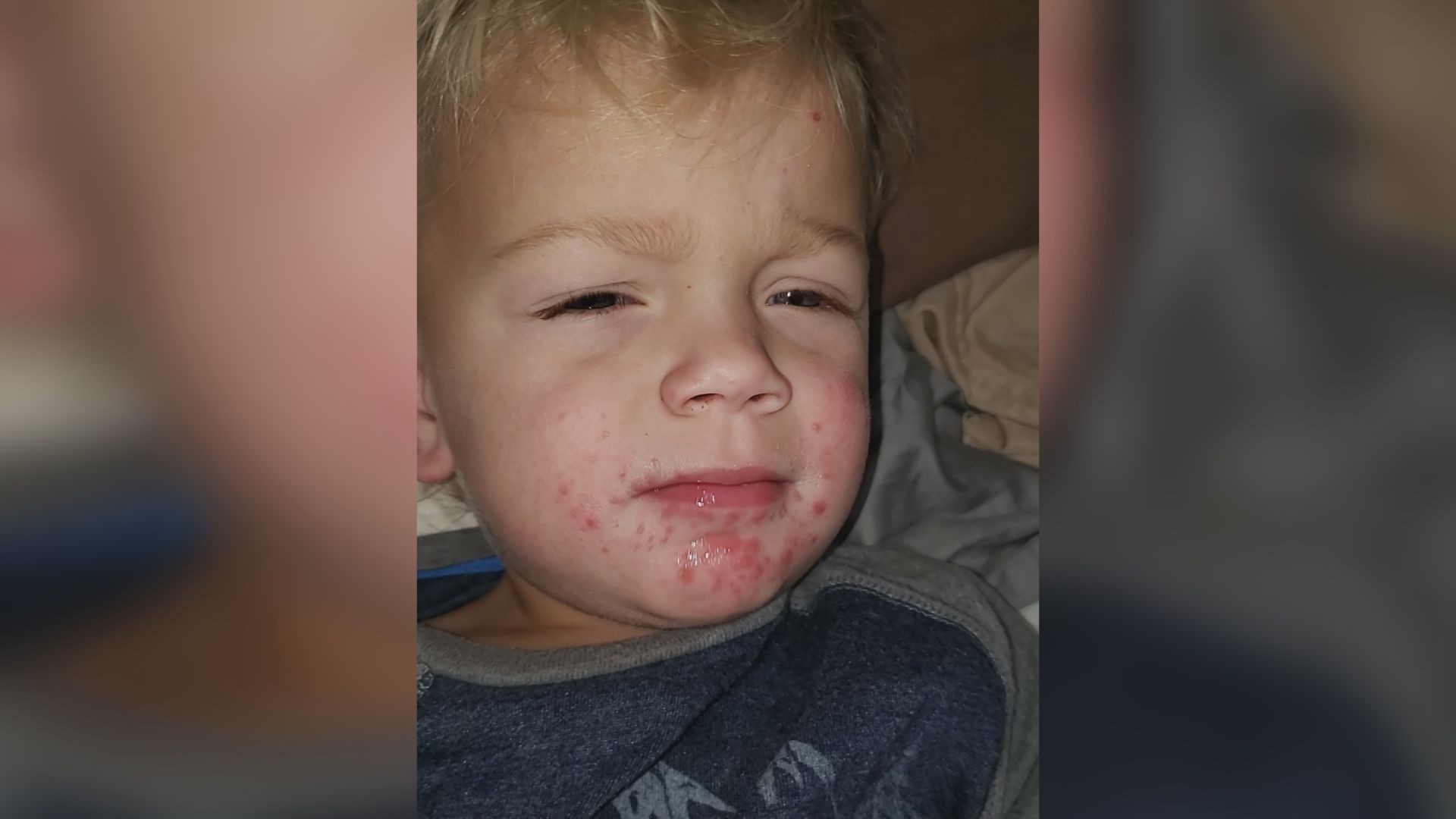 MACON, Ga. — Stacey Blanton's 1-year-old is fussing over the rash spread across his hands and feet.

Blanton has her hands full with three kids sick at home.

"He has been up with itching and just crying, and in pain. It's just been terrible," Blanton said.

Her son has hand, foot, and mouth disease. It started with her middle child then quickly spread at home with high grade fevers, sore throats, and rashes.

She says she isn't the only parent coping right now.

"I've actually talked to many parents from Jones County who say their kids ⁠— within in the same schools as mine ⁠— who have had it also. Everyday somebody says my kid is having hand, foot, mouth disease," Blanton said.

At Primary Pediatrics in Macon, Dr. Lance Slade says he has seen his fair share of it.

"I personally, yesterday, saw four or five with it," Slade said.

He says it's common during hot weather.

"The climate like we are now, yeah it's usually there. Like the really hot areas they could be year round," Slade said. "It's usually summer and fall."

The viral infection is usually seen among children ages 5 and younger. The common way it spreads is from saliva and mucus passed on from kid to kid.

"It just spreads really quickly to other children," Slade said. "Because you can be sick from three to six days without even knowing you have symptoms."

Slade recommends to keep your kids at home if they start having signs of rashes on their hands, feet, and mouth and if they have a fever.

"I'm concerned a lot more kids in Jones County are going to get it," Slade said.

Blanton plans to keep all kids home until symptoms go away, and hopes other parents will do the same.

RELATED: Kroger, Walgreens to stop selling e-cigarettes in US

RELATED: Passengers exposed to Hepatitis A on American Airlines flight to Charlotte