'Be patient with yourself': Many Americans gaining undesired weight during the pandemic

According to CBS News, more women reported weight gain than men, but men reported a higher average at 37 pounds, compared to the women's average of 22 pounds. 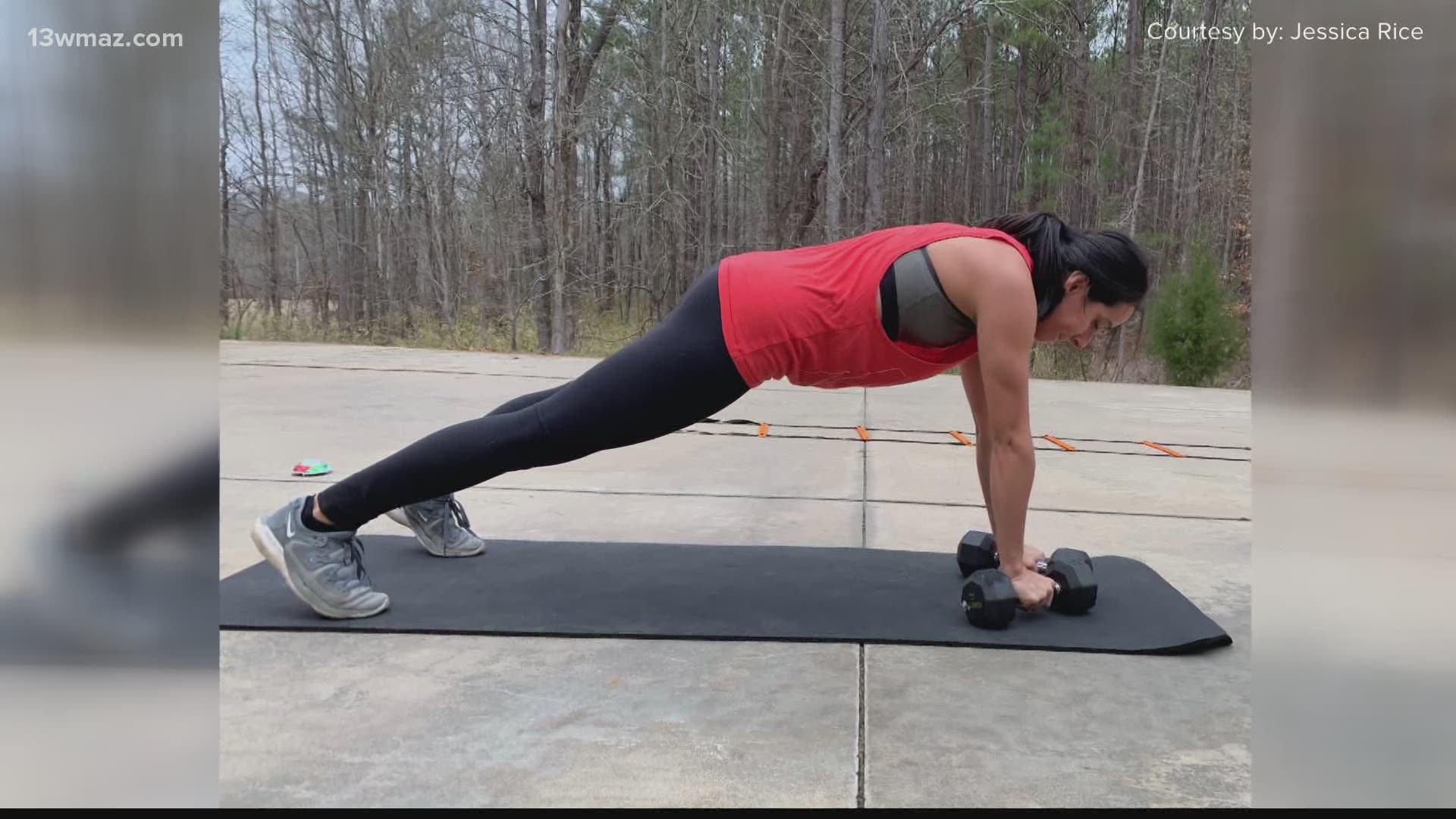 MILLEDGEVILLE, Ga. — The COVID-19 pandemic has been a heavy load on most Americans; and for millions, that literally means dozens of extra pounds.

CBS News reports, according to a recent poll, 42 percent of adults say they've gained more weight than they intended over the past year.

13WMAZ spoke with a registered dietitian and a fitness trainer to talk about some solutions.

Before the pandemic, Jessica Rice consistently went to the gym.

Now, she exercises at her home in Milledgeville through Zoom.

Rice said: "I exercise not just for my body, but because it makes me a better mom, wife, and partner, so I have to keep doing that."

In fact, Rice says the pandemic actually gave her more time to focus on a new routine, which helped her achieve her goals.

"Quarantining and COVID-19, instead of making me gain weight, I went the other way. I am more healthy than I ever was before," said Rice.

Except her fitness trainer Lindsey DeSantis said not everyone is training for the same reasons right now.

"Because they were so stressed from their job or weren't able to go to the gym," said DeSantis. "I did have some that said, 'Yeah, I definitely put on a few pounds, and I don't feel confident and I don't feel good."

According to CBS News, more women reported weight gain than men, but men reported a higher average at 37 pounds, compared to the women's average of 22 pounds.

However, registered dietitian Diana Sugiuchi says that it is normal.

"It's totally normal during this time because we have been cooped up for so long," said Sugiuchi. "Grazing more during the day, snacking, maybe there is food that came into the house during the pandemic that you wouldn't normally have."

Sugiuchi says the average weight gain has been about two pounds per month.

"Be patient with yourself, it didn't come on overnight and it's not going to come off overnight," said Sugiuchi.

Both DeSantis and Sugiuchi suggest going on a walk, cutting back on alcohol, and trying to make small changes that are attainable.

A survey by the American Psychological Association's stress data found over half of Gen Z adults reported undesired weight gain, with an average gain of 28 pounds.