Ben Carson had attended the election night party at the White House, along with several other members of President Trump's cabinet. 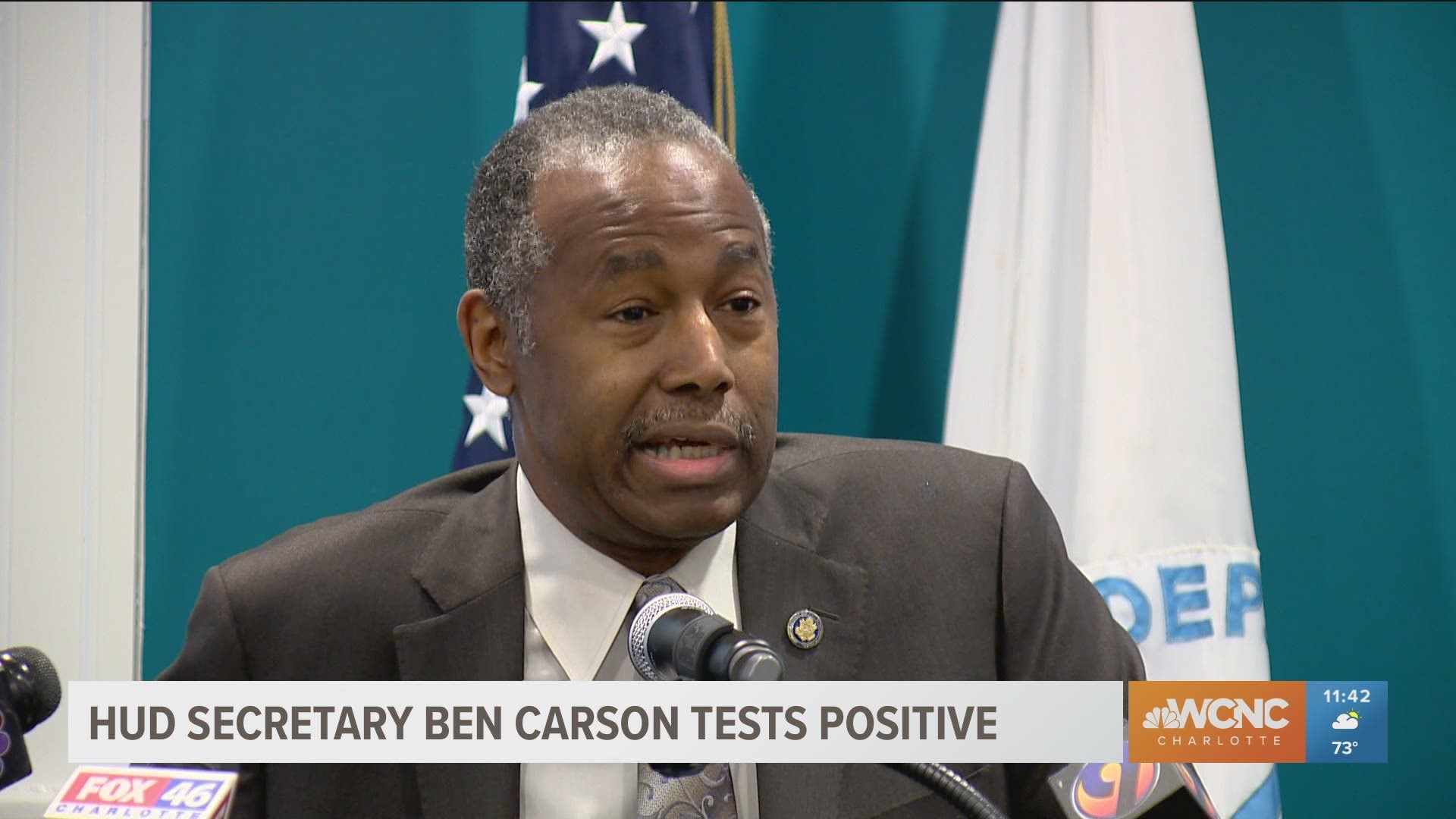 WASHINGTON — Ben Carson, Secretary of the U.S. Department of Housing and Urban Development, has tested positive for coronavirus.

Carson’s deputy chief of staff Coalter Baker said the secretary “is in good spirits" and "feels fortunate to have access to effective therapeutics which aid and markedly speed his recovery.”

The event has been under scrutiny since another attendee, the president's chief of staff, Mark Meadows, contracted the virus, which has now killed more than 237,000 people in the U.S. alone.

BEN CARSON has coronavirus, sources confirm to @Jordanfabian and me. https://t.co/weRKsczjSQ

The White House has repeatedly refused to say who else has tested positive, even as the virus continues to spread. The latest White House cluster, coming just a month after Trump's own diagnosis and hospitalization, includes a top Trump campaign official as well as a handful of undisclosed White House staff, officials said.

The White House has been increasingly secretive about outbreaks. Many White House and campaign officials, as well as those who attended the election watch party, were kept in the dark about the diagnoses, unaware until they were disclosed by the press.

That the virus would continue to spread in the White House — even though senior staff and those who come into close contact with the president and vice president are frequently tested — has come as no surprise to public health officials who have balked at the White House's lax approach.

“The administration was cavalier about the risks of the virus for themselves and for the country. And that’s one reason why we have so many cases," said Dr. Joshua Sharfstein, a public health professor at Johns Hopkins University's school of public health.

Even Senate Majority Leader Mitch McConnell has said he has been avoiding the White House since August "because my impression was their approach to how to handle this was different from mine and what I insisted that we do in the Senate, which is to wear a mask and practice social distancing."

For most people, the new coronavirus causes mild or moderate symptoms. For some, especially older adults and people with existing health problems, it can cause more severe illness, including pneumonia and death.

The United States has nearly 10 million confirmed cases of COVID-19, according to data from Johns Hopkins University.

As of Monday, the U.S. had more than 237,000 deaths from the virus. Worldwide, there are more than 50 million confirmed cases with more than 1.2 million deaths.