Pfizer plans on requesting an amendment to its current emergency use authorization with the FDA to include children 12 to 15 years of age. 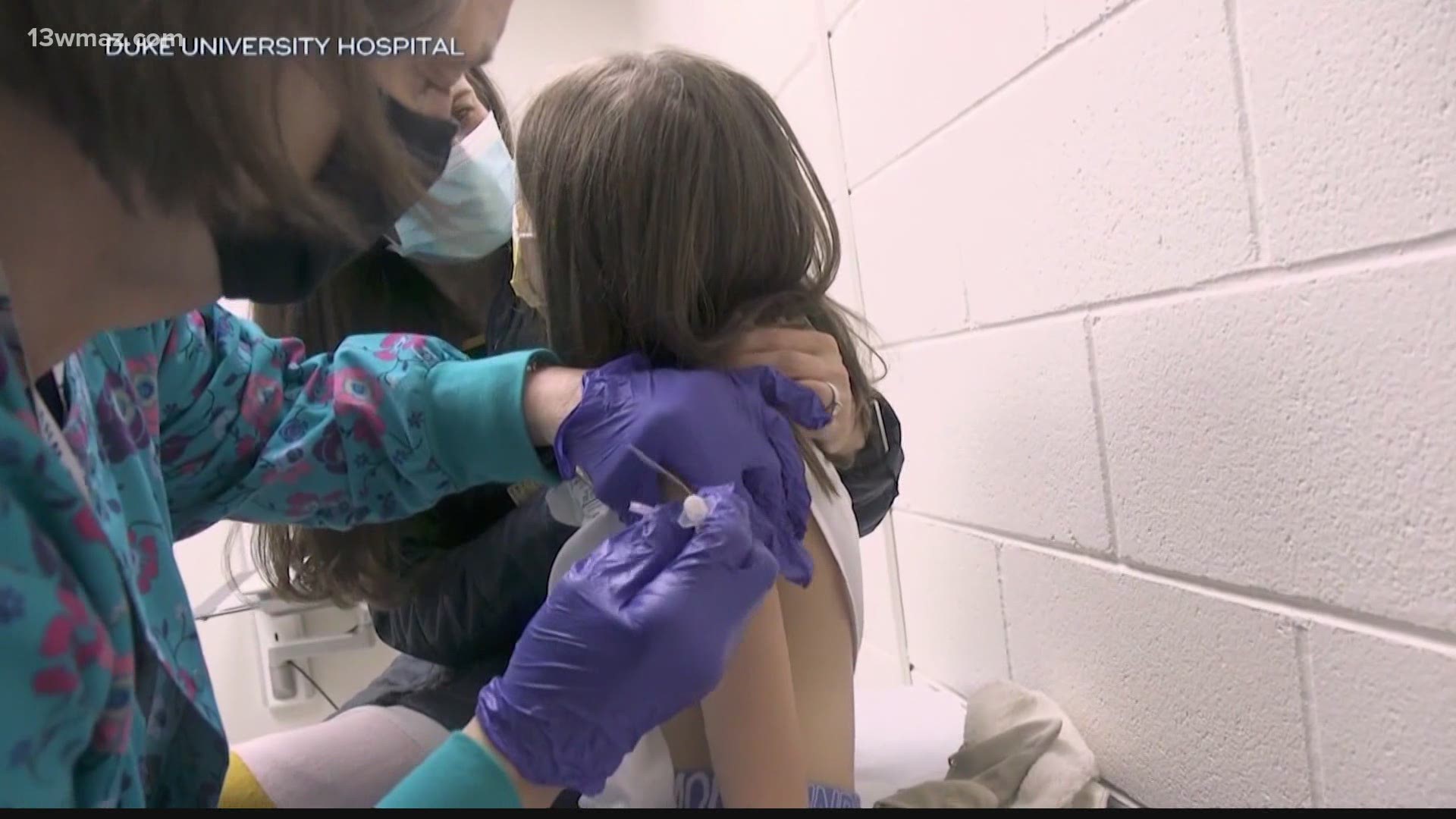 MACON, Ga. — Some kids may be able to get a COVID-19 shot before next school year, but some parents may not want their kids to get it.

2 Central Georgia parents explain their feelings about vaccinating their children.

When Chantel Felix heard the Pfizer vaccine was safe and strongly-protective in kids as young as 12, she says she immediately felt a sense of relief.

Felix said, "I had tears in the eyes, and had that elephant lifted off the chest."

Her youngest child is 12 years old.

"Our job as parents is to make decisions that are in our children's best interest," said Felix. "We would like to have him vaccinated to protect him from the side effects of COVID-19."

However, some parents are hesitant to give their children the vaccine.

"There's no way I would ever inject any of my children, myself, or my family," said Gray.

Gray also says there are too many unknowns.

"I think there are several conflicts of interest, the pharmaceutical companies make a ton of money off of it," said Gray.

Pfizer announced last week that its vaccine is safe and 100 percent effective in 12- to 15-year-olds.

The company says a study of more than 2,000 kids between 12 and 15 showed 100 percent effectiveness.

Kids enrolled in the trial had similar side effects to young adults: pain, fever, chills, and fatigue.

However, Macon pediatrician Doctor Lance Slade says it's safe and advisable for children.

"The science of it has shown those risks are less than the actual disease," said Slade. "We are recommending that in the medical community for folks should have it to keep them from contracting it or spreading it to other people."

Pfizer plans on requesting an amendment to its current emergency use authorization with the FDA to include children 12 to 15 years of age.

According to the American Academy of Pediatrics, as of April 1, nearly 3.47 million children have tested positive for COVID-19 since the beginning of the pandemic."