Yang said China was “gravely concerned" over what he called “absurd" stories that the virus escaped from a lab in the central Chinese city of Wuhan. 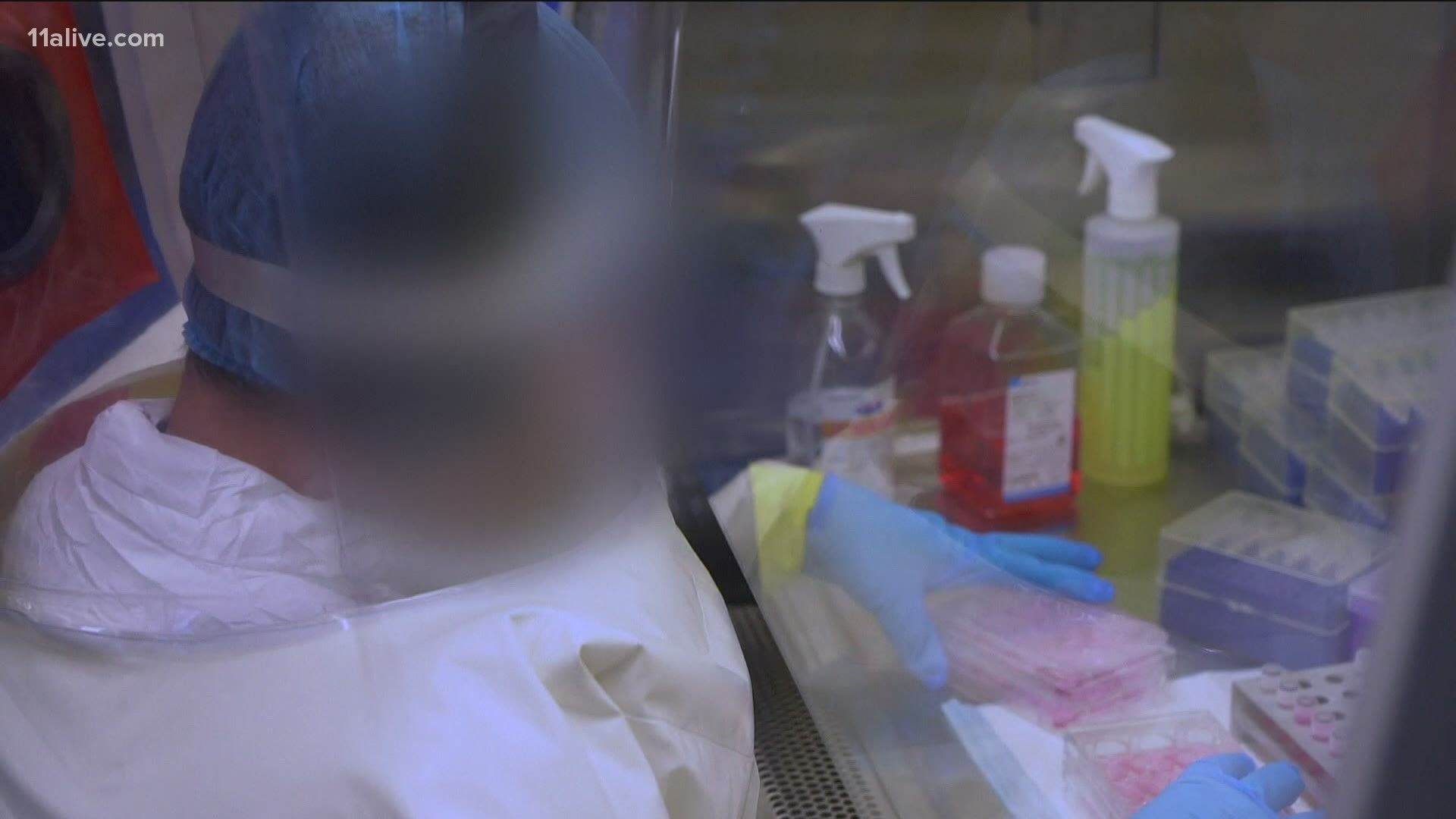 BEIJING, China — Top U.S. and Chinese diplomats appear to have had another sharply worded exchange, with Beijing saying it told the U.S. to cease interfering in its internal affairs and accusing Washington of politicizing the search for the origin of the COVID-19 pandemic.

Senior Chinese foreign policy adviser Yang Jiechi and Secretary of State Antony Blinken held a phone call Friday that revealed wide divisions in a number of contentious areas, including the curtailing of freedoms in Hong Kong and the mass detention of Muslims in the northwestern Xinjiang region.

Calls for a more thorough investigation into the origin of the SARS-CoV-2 virus that causes COVID-19 are particularly sensitive for China because of suggestions that it might have have escaped from a laboratory in the central city of Wuhan, where cases were first discovered.

Yang said China was “gravely concerned” over what he called “absurd” stories that the virus escaped from the Wuhan lab.

China “firmly opposes any despicable acts that use the epidemic as an excuse to slander China and to shift blames," Yang was quoted as saying by the official Xinhua News Agency.

“Some people in the United States have fabricated and peddled absurd stories claiming Wuhan lab leak, which China is gravely concerned about," Yang said. “China urges the United States to respect facts and science, refrain from politicizing COVID-19 origin tracing and concentrate on international anti-pandemic cooperation."

The State Department said Blinken “stressed the importance of cooperation and transparency regarding the origin of the virus, including the need for (World Health Organization) Phase 2 expert-led studies in China.“

The U.S. and others have accused China of failing to provide the raw data and access to sites that would allow a more thorough investigation into where the virus sprung from and how it initially spread.

Equally contentious were the issues of Hong Kong, Xinjiang, Taiwan and accusations that China has arbitrarily detained two Canadian citizens in retaliation for Canada's arrest of an executive of Chinese communications technology giant Huawei, who is wanted by U.S. law enforcement.

The U.S. has “fabricated various lies about Xinjiang in an attempt to sabotage the stability and unity in Xinjiang, which confuse right and wrong and are extremely absurd. China is firmly opposed to such actions," Yang said.

“Hong Kong affairs are purely China’s internal affairs," and those found in violation of a sweeping national security law imposed on the former British colony “must be punished," Yang said.

Blinken, on the other hand, underscored U.S. concern over the deterioration of democratic norms in Hong Kong and the ongoing "genocide and crimes against humanity against predominantly Muslim Uyghurs and members of other ethnic and religious minority groups in Xinjiang," the State Department said.

He also urged Beijing to ease pressure against Taiwan, the self-governing island democracy China claims as its own territory, to be annexed by force if necessary.

The tone of the phone call seemed to echo contentious talks in March in Alaska, when the sides traded sharp and unusually public barbs over vastly different views of each other and the world in their first face-to-face meeting since President Joe Biden took office.

At that meeting, the U.S. accused the Chinese delegation of “grandstanding,” while Beijing fired back, saying there was a “strong smell of gunpowder and drama” that was entirely the fault of the Americans.

Relations between them have deteriorated to their lowest level in decades, with the Biden administration showing no signs of deviating from the established U.S. hardline against China over trade, technology, human rights and China's claim to the South China Sea.

Beijing, meanwhile, has fought back doggedly against what it sees as attempts to smear its reputation and restrain its development.

On Thursday, its ceremonial legislature passed a law to retaliate against sanctions imposed on Chinese politicians and organizations, threatening to deny entry to and freeze the Chinese assets of anyone who formulates or implements such measures, potentially placing new pressure on foreign companies operating in the country.