'Everybody age 70 and up who wants a vaccine' will get it by end of February, Polis says

Polis also said it's estimated the state will get 5,000-10,000 additional weekly doses following an increase in vaccine supplies. 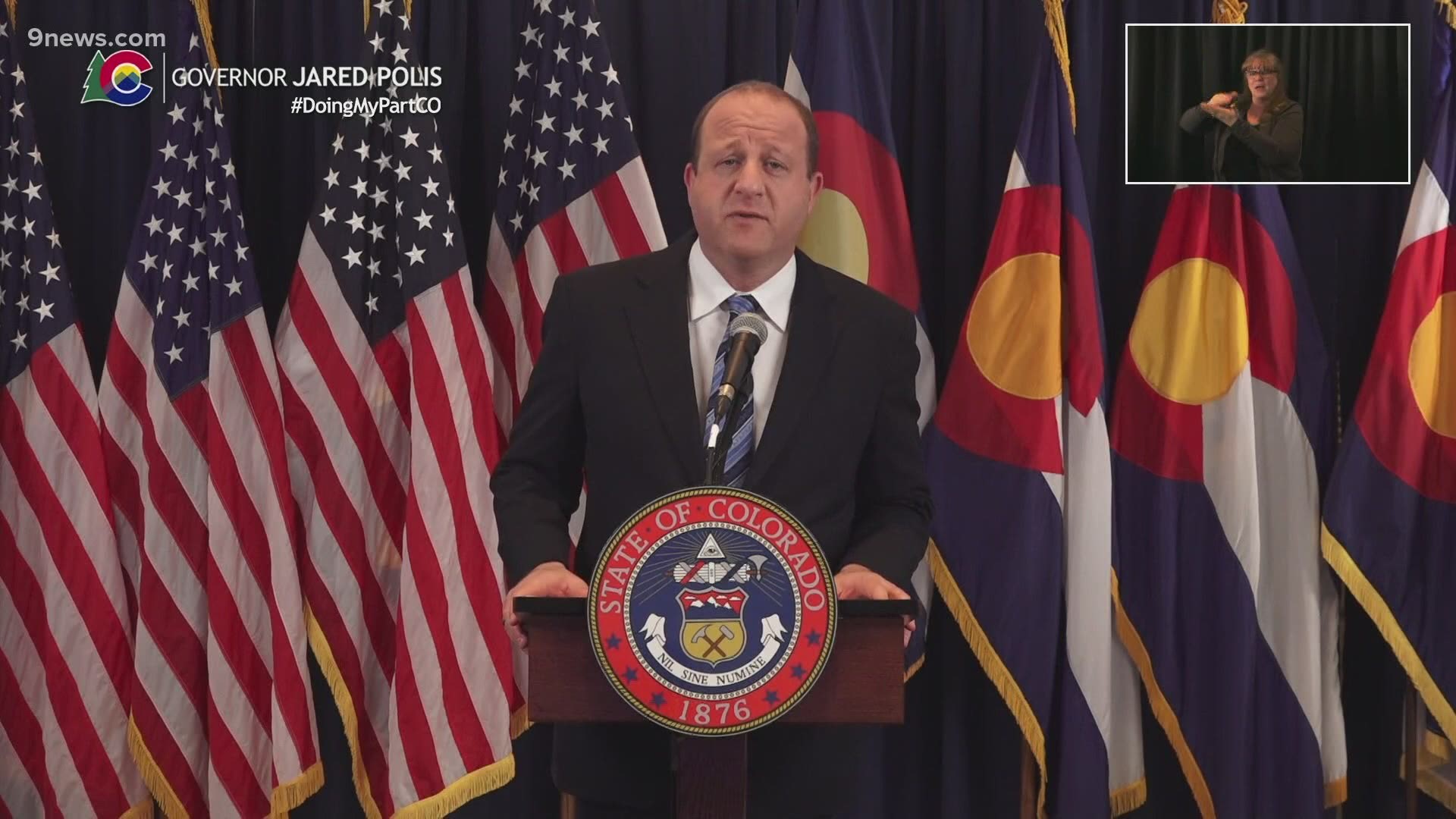 DENVER — Gov. Jared Polis (D-Colorado) held a briefing on Tuesday afternoon on COVID-19 vaccinations and the state's response to the pandemic.

Following an announcement that the Biden administration will begin shipping a million additional vaccine doses directly to pharmacies next week, Polis said it's estimated the about 50 pharmacies in the state will get 5,000-10,000 additional weekly doses.

Polis also addressed concerns from those 70 and older who have not been able to receive a first dose of the vaccine, saying that if they have signed up, it will be made available to them within the next month.

"Everybody age 70 and up who wants a vaccine will be able to have it by the end of February, if not sooner," Polis said.

Currently, Polis said that roughly 50% of residents 70 and older have been vaccinated with at least one dose. The state's goal is to vaccinate at least 70% by March.

Polis also said that after a suggestion to Biden, funds from the Federal Emergency Management Administration (FEMA) will be used to retroactively reimburse states for qualifying pandemic-related expenses.

Polis said he expects the money spent turning and maintaining a field hospital at the Denver Convention Center will be included for reimbursement.

Colorado rented the convention center to treat people with milder coronavirus symptoms in the event that ICUs reached capacity and hospitals could not handle the overall demand. Polis said at the field center’s opening that the state wanted to be prepared but hoped to never need it. None of the 2,000 beds were ever used.

After roughly 11 months, the event space in downtown Denver will be handed back to the city by March 25.

RELATED: Educators and people 65+ eligible for COVID-19 vaccines on Feb. 8

Polis recently announced that on Feb. 8, the state will start the next phase of its vaccination plan by allowing educators and individuals ages 65 to 69 to get the vaccine.

The vaccination phase starting next week is known as Phase 1B.2 and includes an estimated 408,100 people. The state was still in Phases 1A and 1B.1, which included health-care workers, first-responders, staff and residents of long-term care facilities, and people 70 and older.

As the state planned to expand vaccinations, it remained a priority to vaccinate people 70 and older, the Colorado Department of Public Health and Environment (CDPHE) said on Sunday. Polis and CDPHE have said repeatedly that the goal was to get 70% of people 70 and older vaccinated by Feb. 28.

Many people who are eligible to get the vaccine have expressed frustration over not being able to schedule an appointment and confusion over how to sign up for a shot.

RELATED: CDPHE: Coloradans 70 and older will remain priority for vaccines as next phase prep begins

The state has a hotline to call with vaccine-related questions at 877-268-2926 (CO VAX CO). The hotline has experienced high call volume since it launched last week. On Monday, the call center expanded operations to 24 hours a day, seven days a week.

Information on where to find a vaccine provider is also available on the CDPHE website.

The state's seven-day positivity rate for COVID-19 cases decreased to 4.84%, and 556 patients were hospitalized with confirmed COVID-19, according to CDPHE.

RELATED: Next Question: Should you take yourself off vaccine waiting lists after getting your shot?

RELATED: 'We hit it out of the park': Nearly 10,000 vaccinated at UCHealth clinic