A candid conversation with the woman leading the fight against COVID in Georgia's largest county. 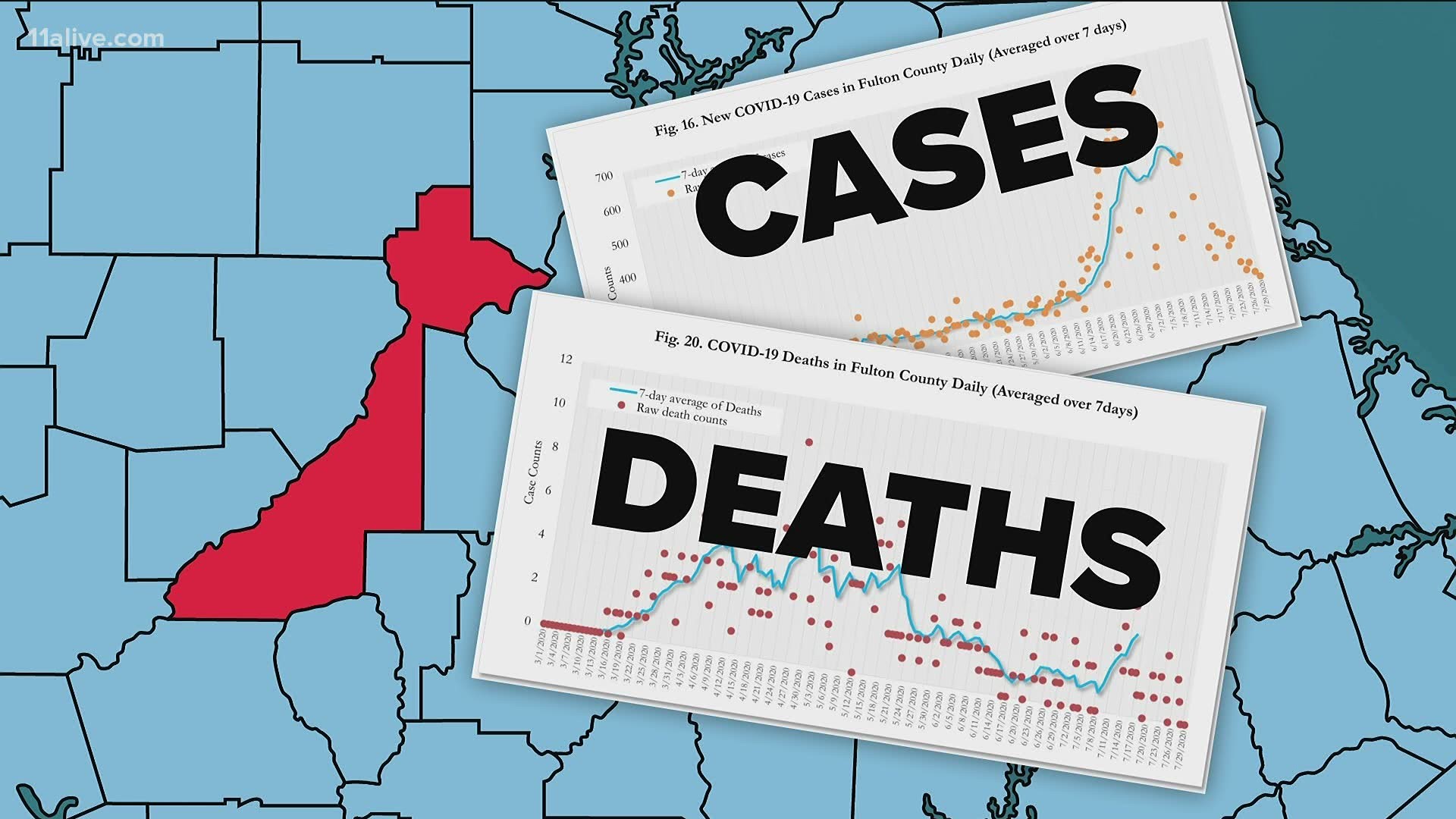 FULTON COUNTY, Ga. — For more than a week now, Fulton has surpassed Gwinnett as the county with the most COVID-19 cases in the state.

On Friday, the county reported 17,646 COVID-19 cases since the pandemic began; 360 of those were new, reported within the last 24 hours.

The rise in cases is not surprising, considering Fulton has the largest population in the state. Dr. Lynn Paxton said she’s still determined to get the virus under control.

Each day as Paxton reviews the epidemiological reports, she says she pays close attention to cases and deaths.

“Because if we didn't have cases, then all the rest of it is irrelevant," Paxton said.

To find those cases, the county has more than tripled the number of tests conducted. In June, it collected an average of 936 samples each day. In July, that jumped to an average of 2,773. As you’d expect, cases are going up, too, but at a faster rate. In June, the new case average was 61. It has risen to 313 this past week.

“I just do want to stress that this uptick in infections and case counts is not simply due to an increase in testing. It's actually increased transmission,” Paxton warned.

Dr. Paxton said it’s the people coming in for tests, simply because their employer or summer camp requires it, that’s helped them learn more about asymptomatic spread. Twenty-six percent of those that have shown up for a test in Fulton were not showing any signs of being infected.

“As soon as we receive notification through the electronic notification system that comes directly from the laboratories, an investigator is assigned," Paxton explained.

Fulton has about 80 people on hand to make those calls, but they aren’t always answered. Paxton said that hurts efforts to slow the spread of the virus - and it prevents the Georgia Department of Public Health from sharing information that could be helpful to recovery.

“Please pick it up, because we generally have good information. We have information you want to know," Paxton asked.

RELATED: 'It shows you care': Serving as your own COVID-19 contact tracer as the state struggles to keep up

Fulton County is working with several organizations to reach out to those at home, who fail to pick up the phone when called. Paxton said she wants to find ways to support those who should stay home and self-isolate, but feel like they can’t, often due to financial or childcare concerns.

The reality is, fewer cases will mean fewer hospitalizations and fewer deaths.

As of Thursday, this past week, 152 residents have been hospitalized and 27 have died in Fulton County.

Piedmont Hospital opened its new COVID-19 unit on Sunday to help meet the critical care needs of residents in Fulton County. Georgia Emergency Management has also finished the temporary medical facility at the Georgia World Congress Center, which will give Grady Memorial Hospital more space to care for its patients.

Paxton said she hopes most of those beds will never have to be used.

“Wear a mask. How many times do I have to tell people that," Paxton said.

Despite pandemic shutting down brick and mortars, local business owners hopeful for future

Despite store mask requirements, some will still serve customers refusing to wear masks