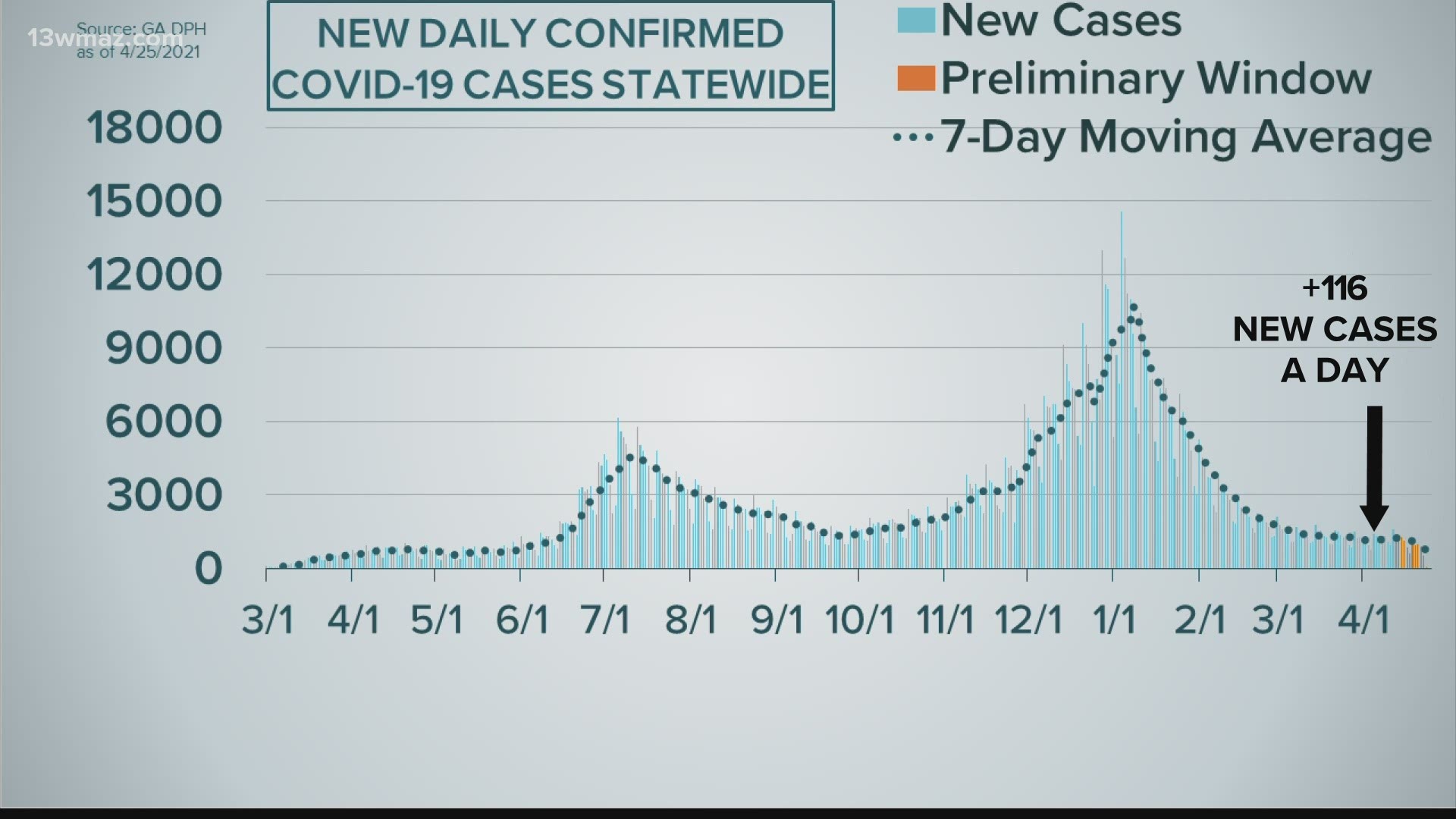 MACON, Ga. — Georgia saw a surge in cases right around Memorial Day and into the 4th of July holiday last year and then again starting around Halloween and spiking all the way through the start of the new year.

Even with millions of Georgians now rolling up their sleeves for a COVID-19 vaccine, Georgia still saw a small uptick in cases starting right around Easter and leading into the preliminary window. Georgia's daily average jumped by close to 120 new cases a day during that time.

With case numbers much lower than during the last two surges, any changes now typically aren't as drastic, but it is important to keep an eye on these fluctuations as many people and businesses start their return to normal.

In central Georgia, a handful of counties followed the same trend as the state.

According to the latest numbers from the Department of Public Health, even with some reporting a small uptick in cases ,all of the central Georgia counties except Peach and Houston are no longer in what is considered substantial spread. That means at least 100 new cases per 100,000 people. Both Peach and Houston are right on the line of that benchmark.

Georgia saw a small increase in deaths tied to the virus in late March and again a small bump leading into the preliminary window, but there have been small increases throughout this curve and numbers then quickly trend back down, so this isn't anything alarming.

Before the preliminary window, 13 Georgians died a day from the virus. That's less than half the death toll reported a month before at 31 deaths a day, and it is still the lowest since the end of last March, even before the initial surge.

Credit: WMAZ
Georgia saw a small increase in new hospitalizations during the week after Easter, but numbers began dropping again.

Hospitalizations also started climbing shortly after Easter and jumped from an average of 76 new patients a day to 108 in less than a week. Those numbers started dropping again, and now Georgia averages 89 new COVID-19 patients each day.