Georgia continues to see a significant drop in new cases each day. 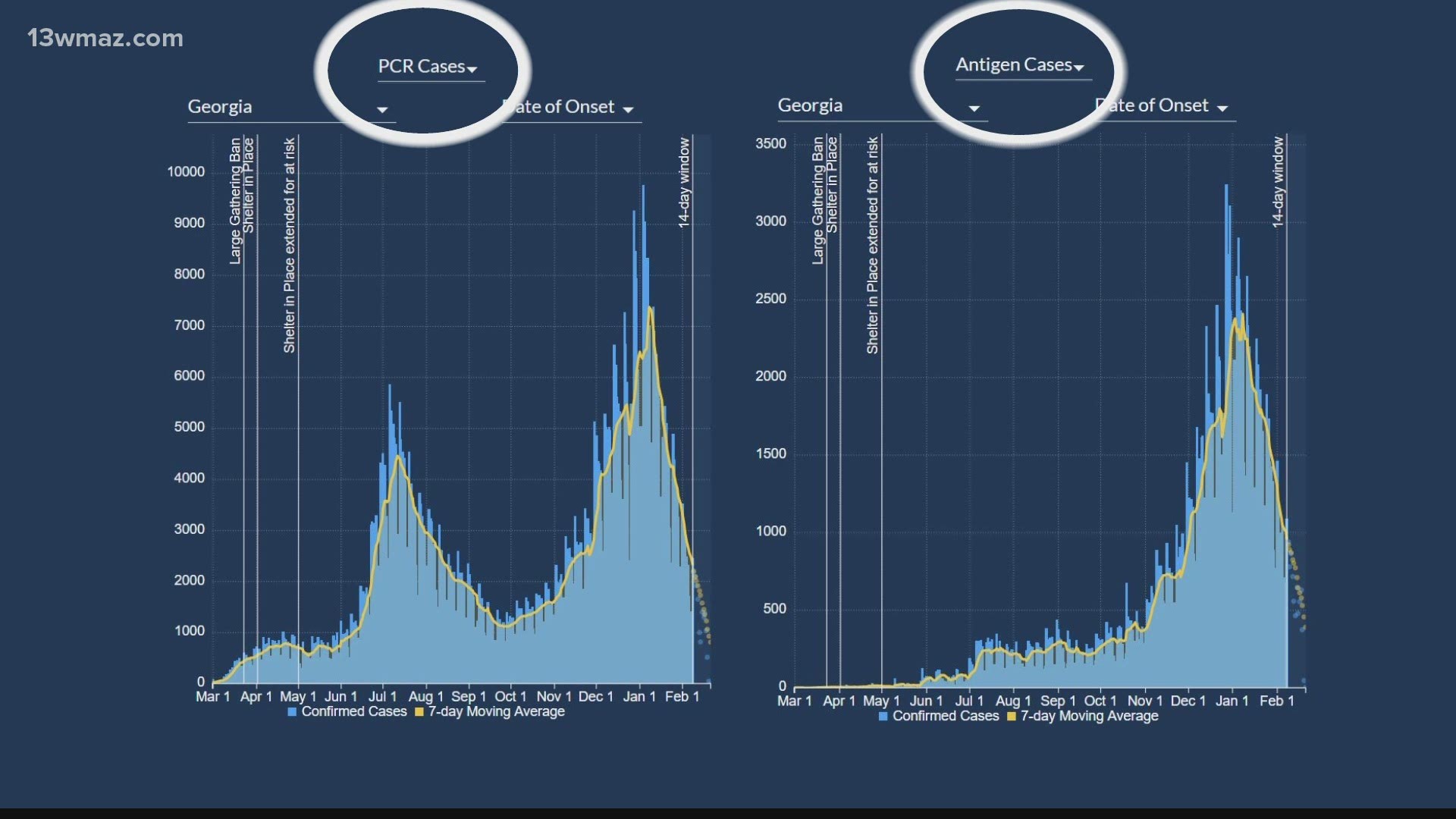 The state's daily average dropped by about two-thirds within a month from almost 9,800 at the peak in January to nearly 3,300 right before the two-week preliminary data window.

After the previous peak in July, it took more than twice as long for numbers to drop by that ratio.

In central Georgia, Bibb and Houston Counties both show significant drops in new cases as well.

Bibb's daily average dropped by 100 from the peak in January to the start of the two-week preliminary data window. Bibb averages 47 new cases a day, but that is still well above the 12 cases a day the county reported in September.

Houston County follows a very similar storyline dropping from 187 new cases at the beginning of January down to 46 a month later. That is still more than four times higher than the low point at the first of October.

Credit: WMAZ
Daily hospitalizations dropped below an average of 200 for the first time since December.

Georgia hospitals are also admitting fewer COVID-19 patients. The daily average dipped below 200 for the first time since the end of December. Just over a month ago, Georgia averaged an all-time high of more than 300 new patients a day.

Credit: WMAZ
Georgia's daily death toll dropped by more than half since mid-January.

In mid-January, COVID-19 killed more than 110 people a day in the state. Right before the two-week preliminary window, numbers dropped by more than half to 51 deaths a day.