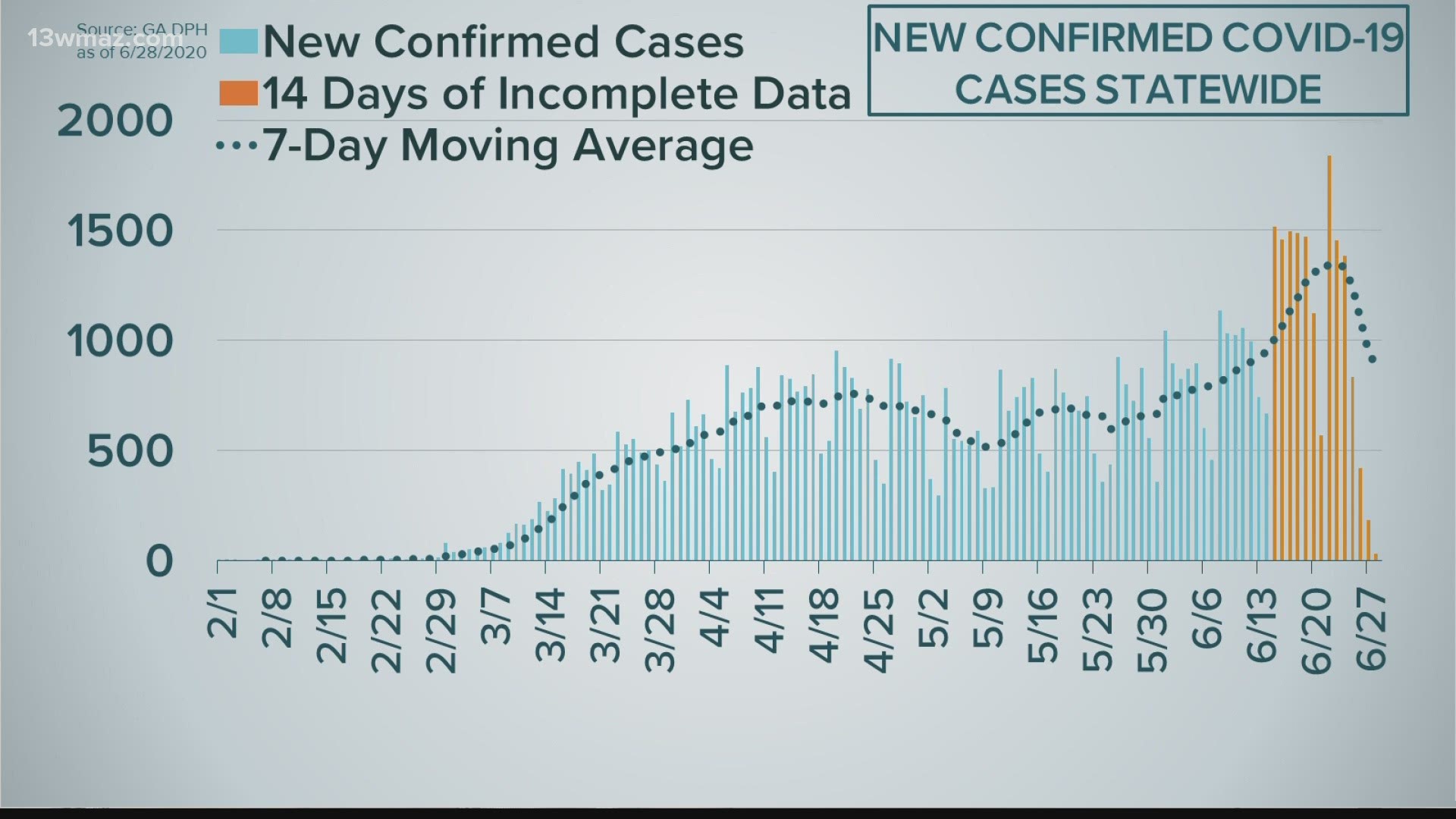 The number of new hospitalizations across the state is also rising. New virus-related deaths are moving the other direction.

Let's start where we always start: the statewide COVID-19 case curve. This graph depicts Georgia Department of Public Health (DPH) data as of June 28 and shows the daily number of new confirmed cases of the virus.

The orange section represents the most recent two weeks of data. It's separated from the rest of the bars because the DPH warns it is incomplete. The data in that range is still being counted and the "preliminary" figures there are likely to increase until they move into the blue zone.

For example, on June 28, the graph suggested only 29 new cases were confirmed on that day across Georgia. In two weeks, as more data is collected and counted, that figure is likely to be much higher.

Michael Hokanson, the spokesperson for the North Central Health District, recently said the increase in confirmed cases is not solely the result of increases in testing capacity across the state.

"It's not the only factor in these new numbers," he said. "We know that with restrictions lifted, with people just getting tired of being cooped up, people are going to parties, they're going to celebrations."

Publicly available data from the DPH shows the rise in new cases has outpaced the increasing availability of tests.

However, it is still much lower than the nearly 200 deaths per day, on average, in early April.

Death trends tend to lag behind these other indicators, but for the moment new virus-related deaths are dropping.

According to DPH data, the number of statewide virus-related deaths has dropped from around 40 per day on average in mid-June to about 20 on June 28.

RELATED: VERIFY: No, you shouldn’t microwave library books to try and kill COVID-19

RELATED: Gov. Kemp lays out how funds from CARES Act will be distributed