Data suggests there is increasing community spread, the report said. 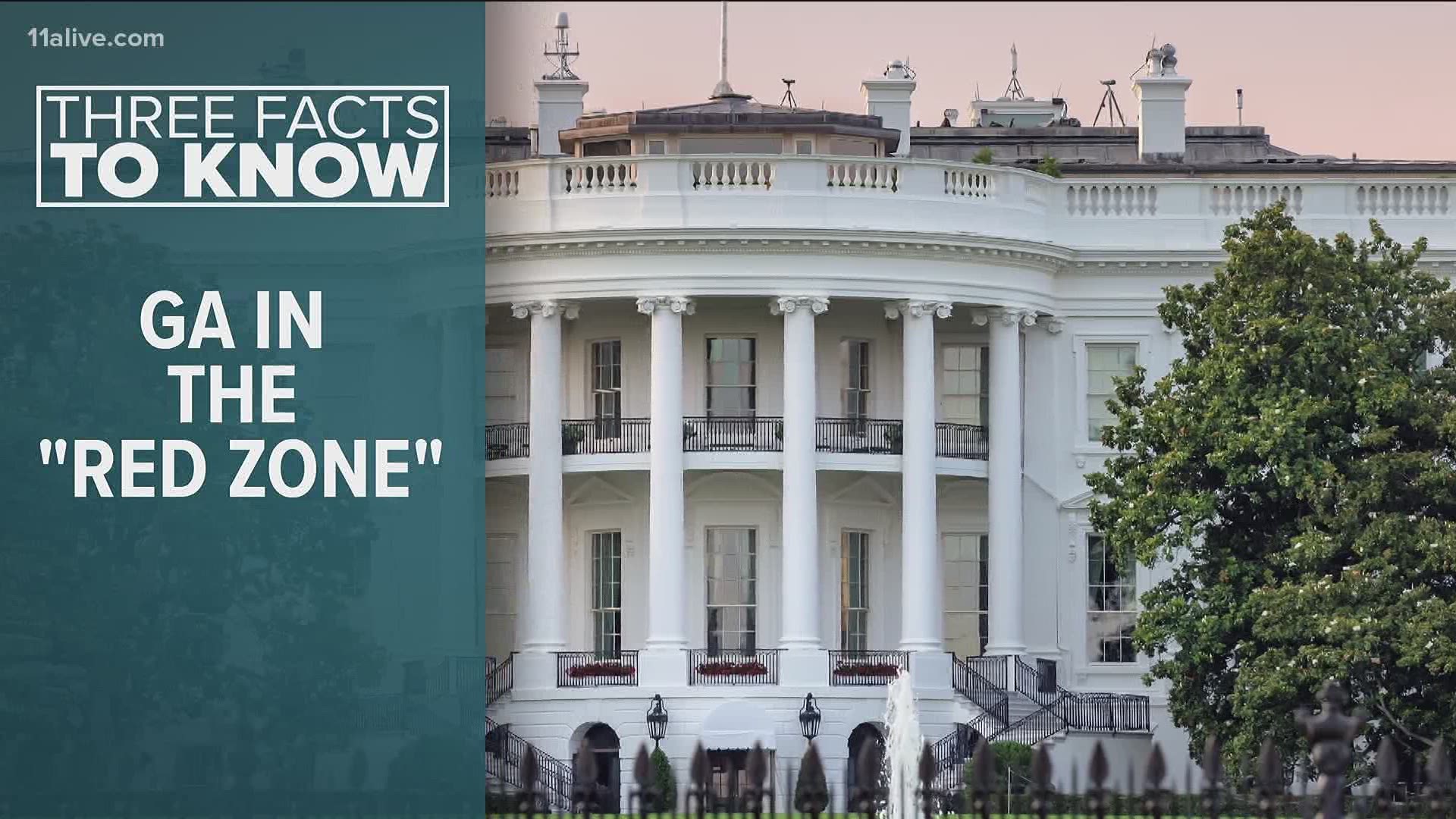 ATLANTA — A Coronavirus White House Task Force report shows that Georgia is back in the red zone for COVID-19 cases and health experts are worried about community spread.

The latest report, which is dated Nov. 8, said the state has seen "an increase in new cases and stability in test positivity; however, triangulation of data suggests there is increasing community spread, especially silent asymptomatic spread that will result in further increases in cases and hospitalizations."

The report said that Georgia is in the red zone, which means having 101 or more new cases per 100,000 population. The state also has the 40th highest rate in the country.

As for test positivity, Georgia is in the yellow zone, indicating a rate between 5% and 7.9%, with the 30th highest rate in the country.

However, there are three counties that represent more than 23% of new cases in the state: Fulton, Gwinnett, and DeKalb.

To get control of the community spread, the report recommends proactive and increased testing and surveillance.

The task force also reinforced the importance of wearing masks, as "significant community spread is initiated by social gatherings among friends and family." They want to remind people that even family and friends who seem uninfected can possibly carry the virus and be asymptomatic.

The report explained how community spread accelerated across the top half of the country as temperatures dropped and more people moved indoors.

"Also shown is continued, significant deterioration in the Sunbelt as mitigation efforts were decreased over the past 6 weeks, leading to the most diffuse spread experienced to date," the task force said.

One of the top concerns as cases increase is how this could potentially impact hospitals.

Between Oct. 31 and Nov. 6,  the report indicates that on average, 290 patients with confirmed COVID-19 and 166 patients with suspected COVID-19 were reported as newly admitted each day to hospitals in Georgia.

To stay prepared, the task force suggests that the state evaluate all of its PPE reporting from hospitals.

"We need to protect those we are thankful for in our families and communities," the report reads.