'No evidence of containment' in COVID-19 resurgence in Georgia, WH report says

Georgia is seeing stability in new cases and a 'slight decrease' in test positivity and new hospitalizations, but the community spread of the virus is still rampant. 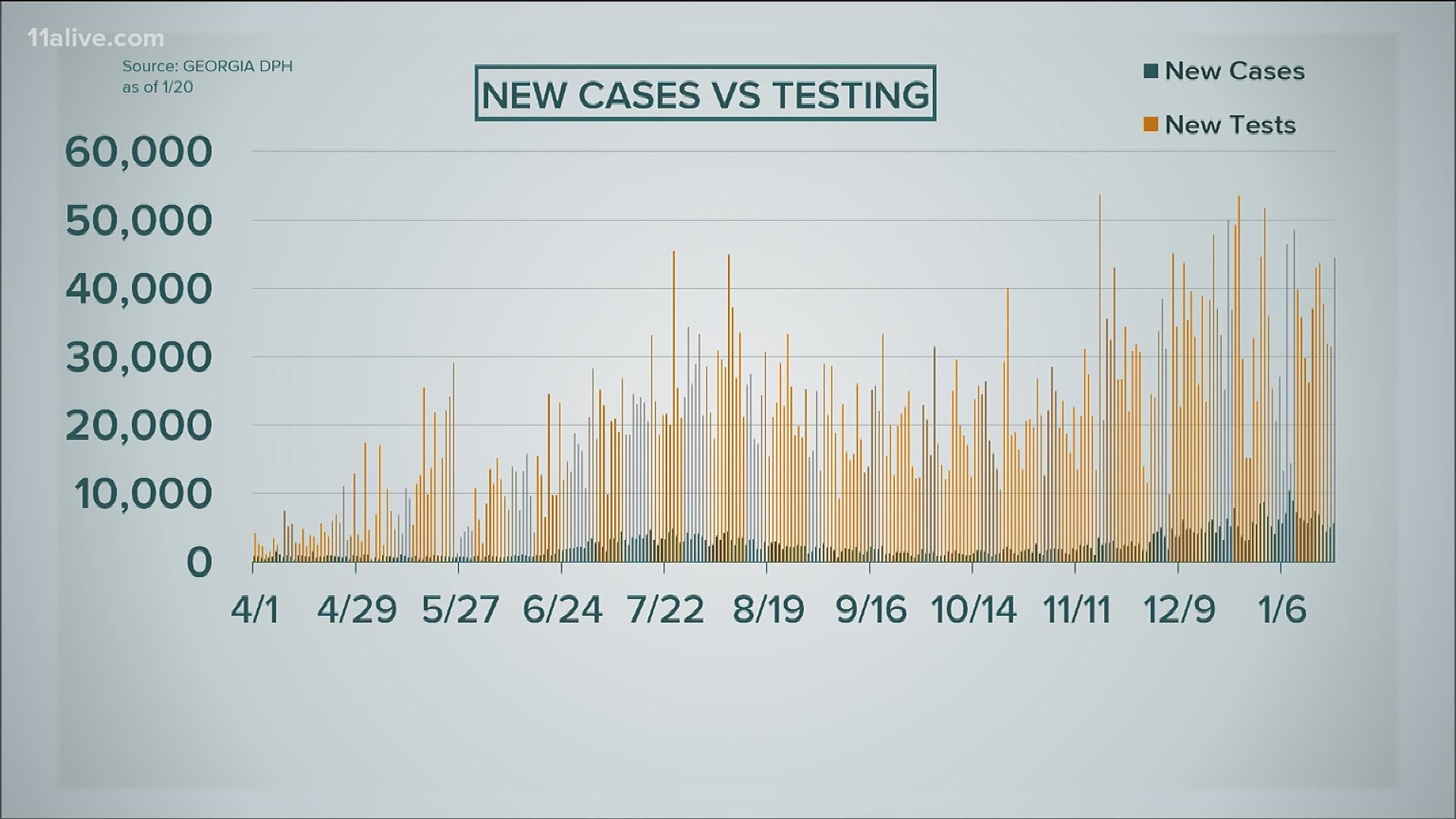 ATLANTA — The coronavirus pandemic in Georgia is showing signs of reaching a plateau stage in this latest, vicious surge of the virus, but the White House Coronavirus Task Force warned in its latest report that there is "no evidence of containment" of the virus.

The report dated Jan. 17, the last issued by the team under now-former President Trump's administration, painted a still-dire picture in the state.

According to the report, Georgia is seeing some stability in new cases and a "slight decrease" in test positivity and new hospitalizations, however the community spread of the virus is still rampant.

The report added that the fall and winter surge has been more aggressive and far longer - nearly three times longer in reaching the plateau stage - than the last surge in the country during the summer.

The task force also cautioned that the country should not assume that "we don't yet have significant spread from imported, more transmissible variants as early evidence may underestimate the current spread." It added that it is possible the US may have its own, more transmissible strains circulating.

However, the outgoing team stressed in their parting report that mitigation efforts - like mask-wearing, proactive testing, proactive vaccinations and avoiding small personal gatherings with family and friends - work.

"We do see evidence of early stabilization of community spread, albeit at very high rates of transmission, and plateauing rates of new COVID-19 admissions in many parts of the United States. However, aggressive mitigation must continue to prevent a resurgence and to accelerate declines," the report concluded.

"This virus can be mitigated and community spread can be curtailed, but action needs to be taken before an increase in hospitalizations is seen; it needs to be more comprehensive and longer than the summer mitigation actions," it said.