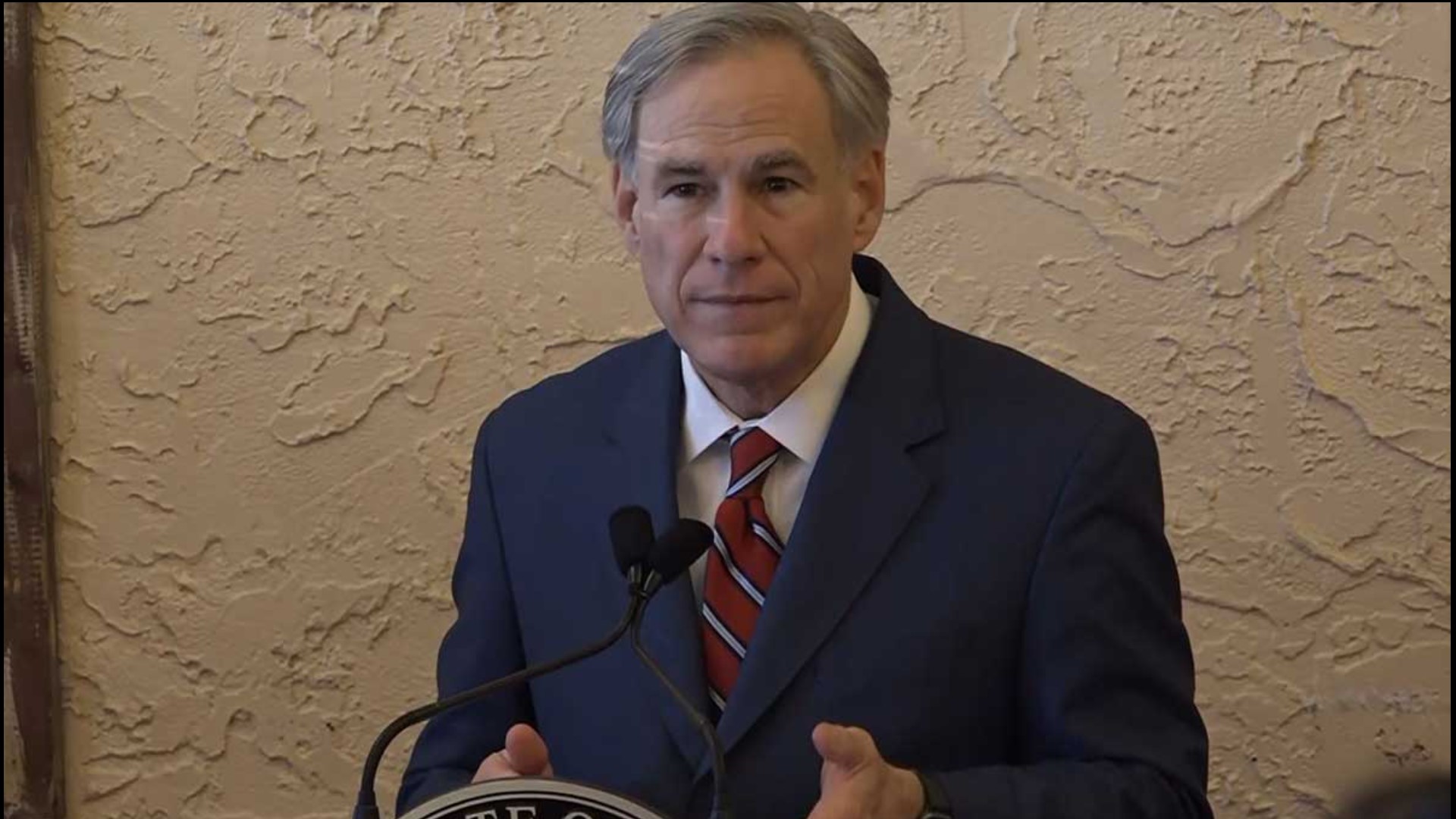 "This must end. It is now time to open Texas 100%," Abbott announced in Lubbock. "Everybody that wants to work should have that opportunity. Every business that wants to open, should be open."

The mask mandate and the restriction on businesses' capacity will officially be lifted next Wednesday, March 10.

Democrats in Houston and around the state were quick to criticize the decision.

A death warrant for Texans.

Add them to the 44,000+ killed as he failed to confront the pandemic & botched the vaccine rollout.

And those who froze to death because he cares more about energy companies’ profits than keeping Texans alive.

Abbott is killing the people of Texas. https://t.co/2idUcqSjJT

Harris County Judge Lina Hidalgo accused Abbott of lifting restrictions to distract from the winter storm disaster. She called the governor's action "an unacceptable and dangerous proposition" that puts Texans at risk.

"Now is not the time to reverse the gains we’ve worked so hard to achieve. At best, today’s decision is wishful thinking. At worst, it is a cynical attempt to distract Texans from the failures of state oversight of our power grid," Hidalgo said.

About 6.5% of Texans had been fully vaccinated as of Sunday but Abbott said the number will grow quickly now that three vaccines are available.

He vowed all seniors -- the group most vulnerable to serious illness and death from COVID -- will be vaccinated by April 1.

"By next Wednesday, over half of our seniors will have received a vaccine shot," Abbott said. "And by the end of this month, every senior who wants a vaccine shot will be able to get a vaccine shot."

"This would absolutely not be a good time to do that," Houston Health Authority Dr. David Persse said Monday.

"Now is premature to do that," Dr. Peter Hotez said. "I'd rather we make a decision based on the science.

In Houston, the positivity rate is down to 11.8%. Officials are detecting less of the virus in wastewater but also detecting more variants.

"We are seeing the UK variant is increasing," Persse said.

That variant is more transmissible and possibly more deadly, per UK reports. It could help fuel yet another U.S. surge.

"This means we could be in for a very rough March and April and that's why I'm concerned about further opening or relaxing at this point," Hotez said.

National concern over governors considering loosening restrictions or mask mandates too early is prompting new warnings from the Centers for Disease Control and Prevention.

NEW: Issuing an executive order to lift the mask mandate and open Texas to 100 percent. pic.twitter.com/P4UywmWeuN

"At this level of cases with variants spreading, we stand to completely lose the hard-earned ground we have gained," CDC Director Dr. Rochelle Walensky said.

Experts say Americans must stay committed to wearing masks and socially distancing to allow vaccinations to continue ramping up to reach herd immunity.

Hotez hopes it will be safe to start easing restrictions by the summer, around June or July. By then, tens of millions of more Americans should be vaccinated.