Two players have tested asymptomatic, while two others, have shown symptoms of the virus. 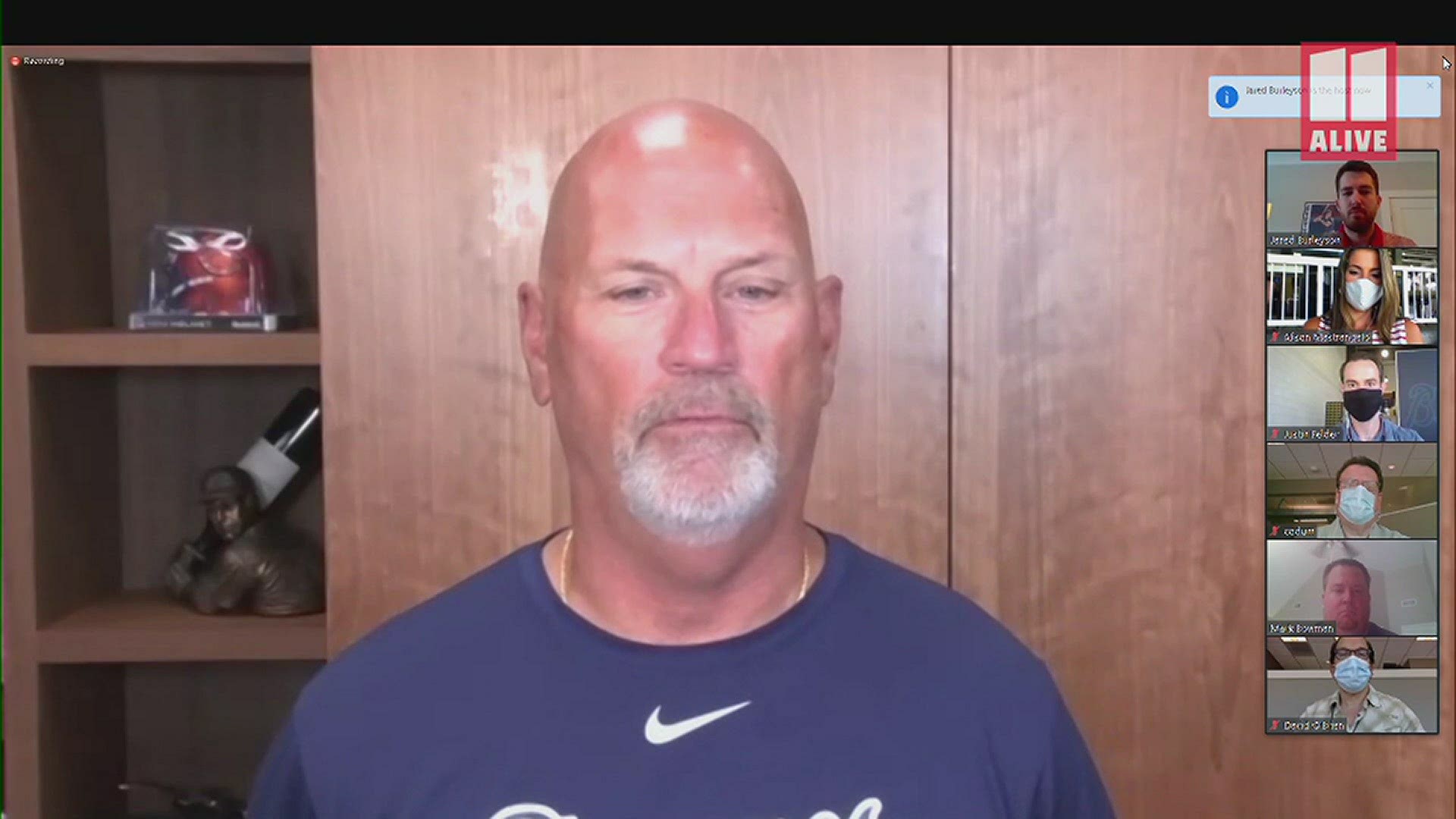 ATLANTA — Four Atlanta Braves players have tested positive for the coronavirus, including two who have shown symptoms of the virus.

According to manager Brian Snitker, Touki Toussaint and Will Smith are both asymptomatic, while Freddie Freeman and Pete Kouzma are both showing symptoms of the ailment.

Snitker said that both Kouzma and Freeman have fevers and will be out for an extended period while recuperating.

He applauded all four players for giving the Braves organization permission to release their names.

"This is real," Snitker said, referring to the virus. "This is a real thing."

Kouzma plays in the Braves minor league system for the Gwinnett Stripers.

He said that both Toussaint and Smith are eager to get back to working out ahead of baseball's return at the end of July.

Before they can return to team workouts, the players will have to have two back-to-back negative coronavirus tests.

In addition to the information on the positive player tests, Snitker said that First Base Coach Eric Young is opting out of the season because he is in the "high risk" category for COVID-19.

Major League Baseball teams have been practicing in small groups at their home fields with an eye toward starting the 2020 season with a modified schedule later this month.

English pubs reopen but little normal elsewhere in the world