The variant, which was originally detected in Manaus, Brazil, appears to be more contagious than the original COVID-19 strain 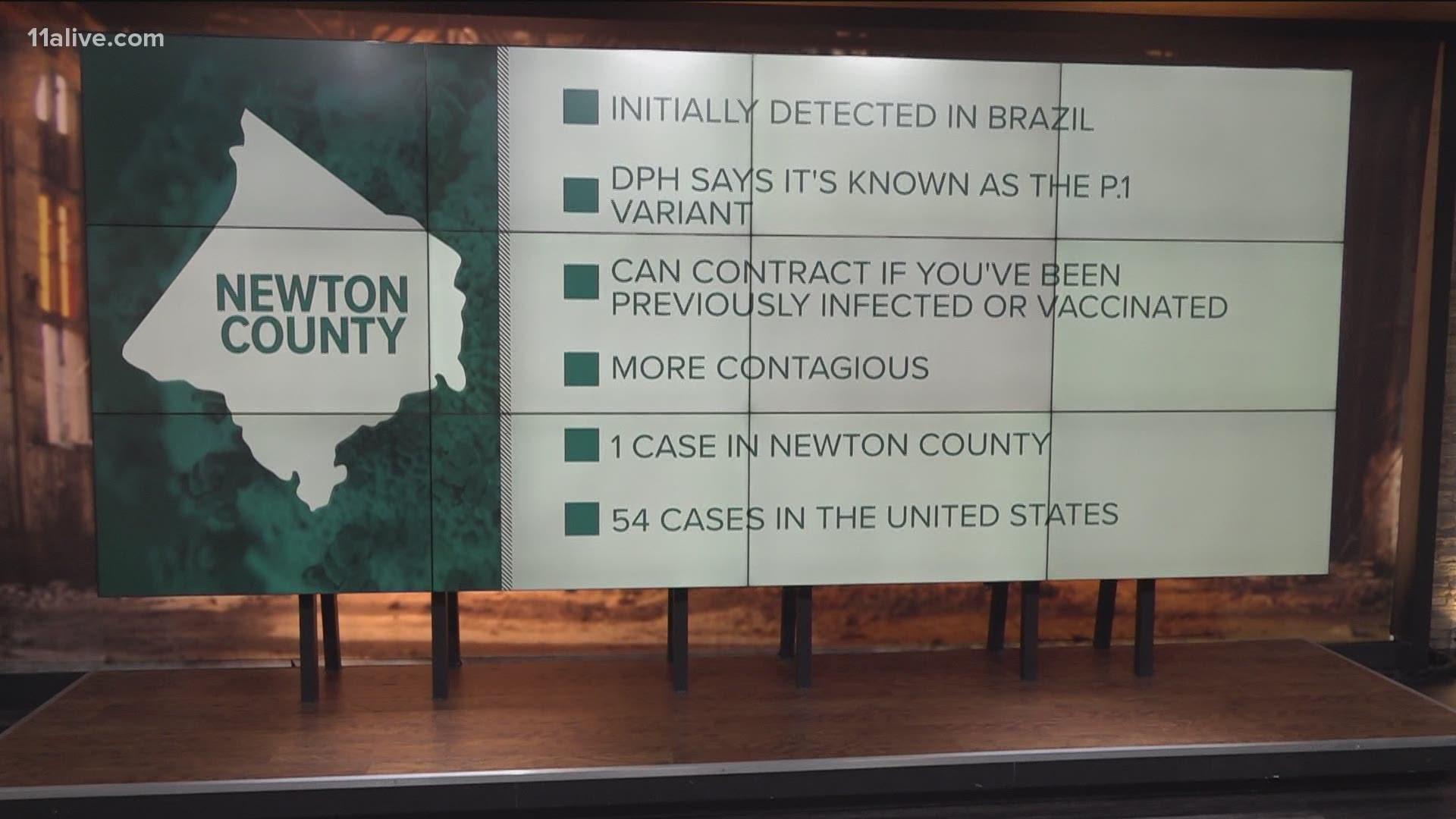 ATLANTA — A coronavirus variant detected in Brazil has emerged in Georgia, according to the state's Dept. of Public Health.

The variant, which was originally detected in Manaus, Brazil, appears to be more contagious than the original COVID-19 strain, according to the Associated Press. It can potentially be contracted by someone who was already infected or who has been vaccinated.

According to the CDC, this variant contains a set of additional mutations that may affect its ability to be recognized by antibodies. This variant was first detected in the United States at the end of January.

They said this variant was first identified in travelers from Brazil, who were tested during routine screening at an airport in Japan in early January.

The DPH spokesperson said the one case they know about was detected in Newton County. It is known as the P.1 variant. The CDC says there are at least 54 total cases in the United States.

RELATED: How would COVID-19 vaccine makers adapt to variants?

The state is reporting 15 cases of another variant, first discovered in South Africa, known as B.1.351.

There are 351 known cases in Georgia of the B.1.1.7 variant which got a lot of attention that originated in the United Kingdom.

With the new variants originating across the globe, it is important to know that very few COVID tests are actually checking for these new variants.

RELATED: 'Clearly the virus is not done with us' | CDC director warns gains on virus might be stalling

11Alive is focusing our news coverage on the facts and not the fear around the virus. We want to keep you informed about the latest developments while ensuring that we deliver confirmed, factual information.
We will track the most important coronavirus elements relating to Georgia on this page.