The treatment allows an ICU patient's lungs and heart to rest as an ECMO machine oxygenates their blood for them. 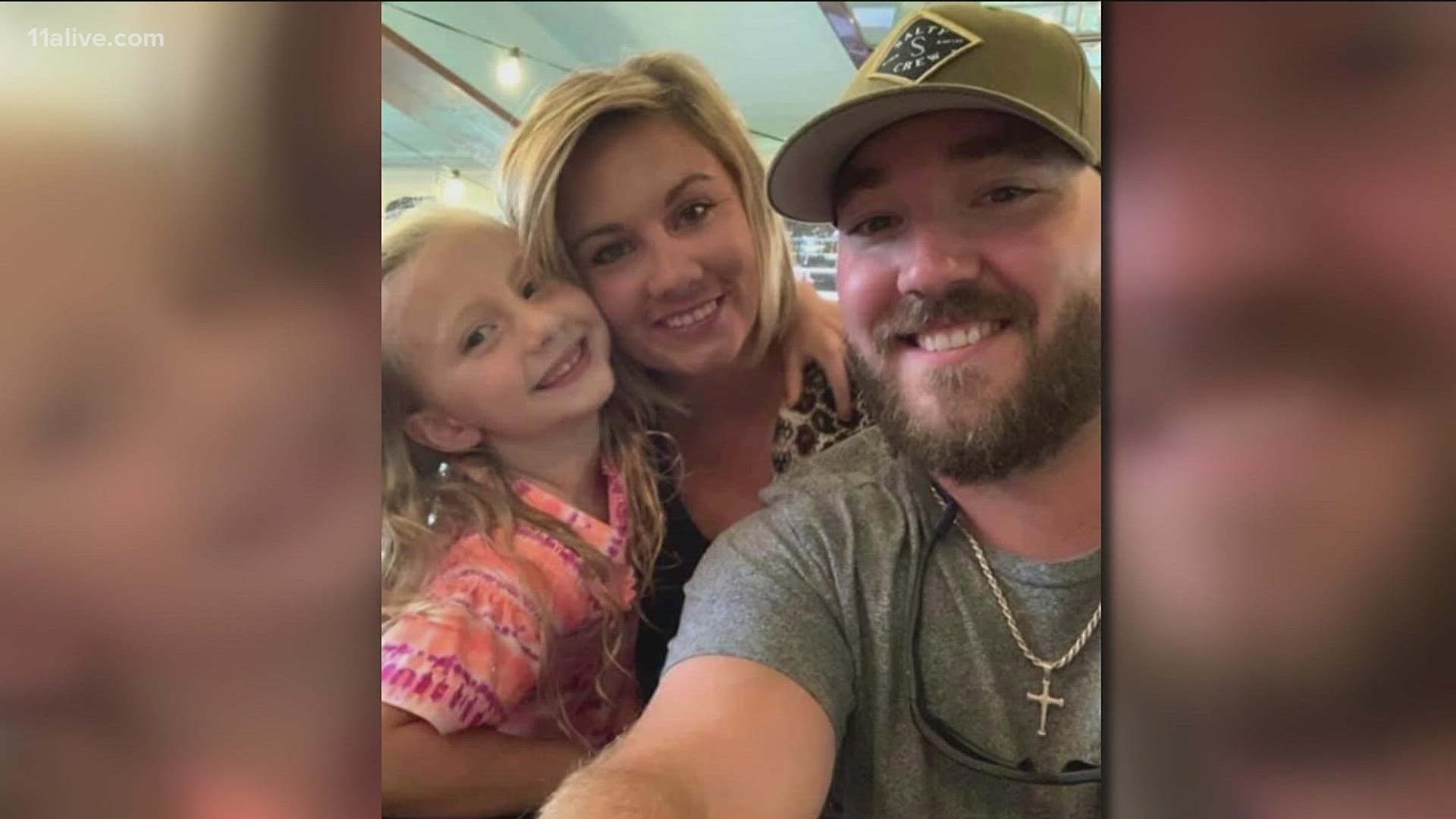 ATLANTA — A few Georgia families are in a state of desperation as they continue to hit dead ends while trying to find hospitals offering a potentially life-saving treatment for COVID-19 patients.

11Alive talked with the wives of two ICU patients whose doctors say they need the treatment known as extracorporeal membrane oxygenation, or ECMO, treatment.

"I've actually not been able to see him since he went in on September third and that makes this excruciating for families," India Jones said Thursday morning while discussing her husband's hospitalization.

She said she can't imagine what her husband, 31-year-old Curtis Jones, is going through as he was hospitalized at Wellstar West Georgia in LaGrange.

Curtis began showing COVID-19 symptoms on August 24 and doctors admitted him on September 3. He has spent the past six days on a ventilator.

Curtis had a severe COVID infection but his wife Thursday morning said he was vaccinated. In comparison, state health officials have said the vast majority of COVID patients being hospitalized in Georgia aren't vaccinated.

She has since clarified that while her husband's hospital records list him as vaccinated, Curtis had received only one vaccine shot and was infected with COVID before he could receive his second shot.

India said while her husband is no longer considered to have an active COVID infection, the virus led to pneumonia and severe lung damage.

That is why doctors believe he needs ECMO treatment. The machine used to administer the treatment pumps and oxygenates a patient's blood for them.

"It is used to help people whose lungs can't provide enough oxygen to the body, even when given extra oxygen and that is the boat we are in," India said. "ECMO would be a game-changer in our world because it would allow Curtis' lungs to actually heal and rest."

India said she learned the treatment is proving challenging for patients to receive for several reasons. Only certain hospitals administer ECMO treatment, as the machines used for the treatment are in high demand and the treatment requires medical professionals with specific training. Those doctors and nurses are also stretched thin. A hospital also needs to have a bed available for the incoming patient.

Wellstar released this statement to 11Alive on the struggle families are facing finding available ECMO treatment: Hospitals across Metro Atlanta and the state of Georgia are currently experiencing an unprecedented surge in patient volume across our Emergency Departments (EDs) and hospitals. Like many hospitals across the nation, Wellstar Health System has seen a significant increase of patients in our intensive care units (ICUs) and demand for specialized patient resources, including extracorporeal membrane oxygenation (ECMO), which may be prescribed for certain patients and requires specialty equipment and highly specialized staff. ECMO machines are currently in short supply or not available in Georgia due to the pandemic and, like many other organizations, staffing continues to be a challenge.

Wellstar confirmed it was working with the Jones family and attempting to find Curtis the ECMO treatment his doctors were prescribing.

When 11Alive talked with India Thursday morning, she said Curtis' doctors at Wellstar had called dozens of hospitals across Georgia and several other states but hadn't found a single hospital that was able to admit him for ECMO treatment. She has also made many calls herself.

"My biggest thing is I'm not giving up hope. I don't care if they tell me 'no' 18 million times I'm going to fight for my husband," she said

Hours later, India said her husband cleared to be transferred to Atrium Health

However, others like Christina Cook's husband, Alex, are still struggling.

"They have made it very clear that without ECMO treatment Alex's chances of survival are slim to none," Cook said when asked about her own husband's prognosis.

Alex isn't vaccinated and Christina said for a period he was vaccine-hesitant, then planned to get vaccinated but had not yet received a shot before he caught the virus.

On August 30, he began showing symptoms, tested positive days later, and then began struggling to breathe.

He was admitted to the hospital on September 5 and has been in a medically induced coma since Sunday, after he also developed pneumonia and hasn't responded to any treatments.

"We just need the world to know that we will go to any length to get him what he needs," Christina said.

Similar to Curtis, Alex is younger and previously hadn't been diagnosed with any medical conditions. Alex's doctors and wife have also called dozens of hospitals.

"His physicians continue to stress he is in their words 'the most perfect candidate they've seen thus far' and we can't get a hospital to take him," Christina added.

So far though, Alex's doctors and wife haven't found a hospital he can be transferred to for ECMO treatment. 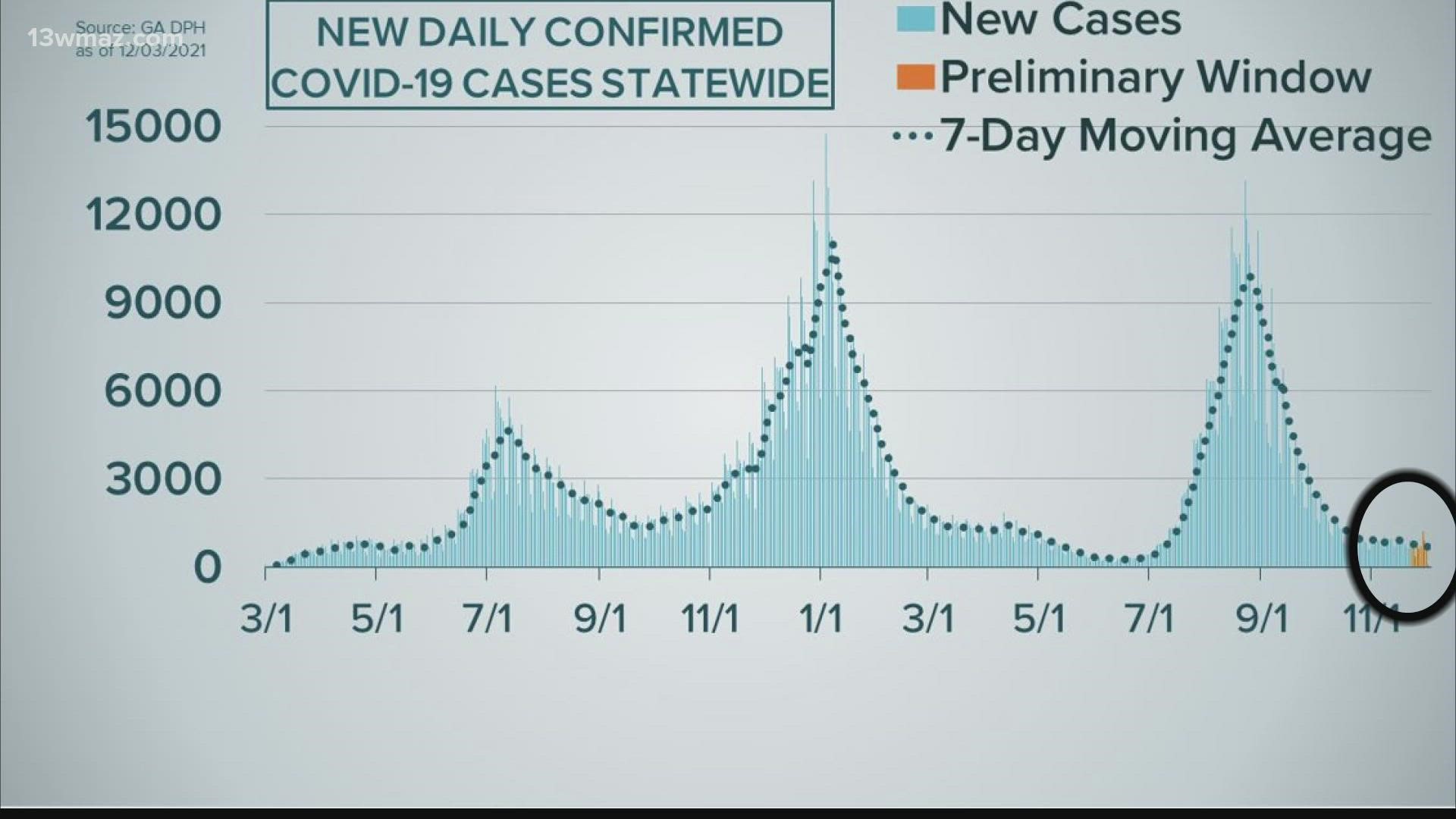