With more than 1 million claims in April, Georgia unemployment surges to nearly 12%

A release from the state said the April total - 1,041,401 claims - was more than the last four years combined. 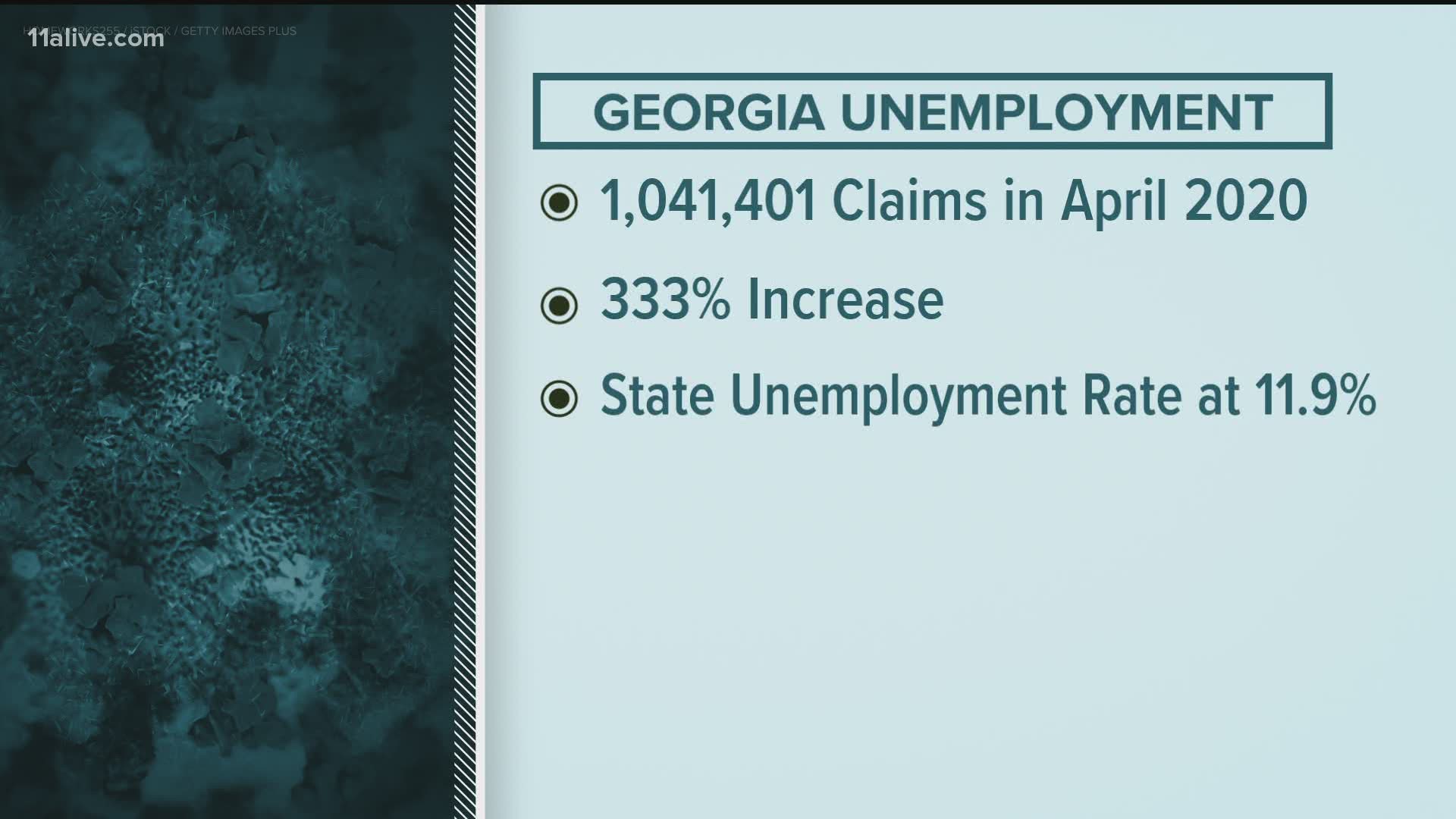 ATLANTA — With more than a million new claims in April, Georgia's official unemployment rate now stands at nearly 12%, according to the most recent data released Thursday morning by the state Department of Labor.

A release from the state said the April total - 1,041,401 claims - was more than the last four years combined.

“This is the highest unemployment rate on record, eclipsing the previous high of 10.6 percent that occurred in December 2010,” Department of Labor Commissioner Mark Butler said in the release.

The official unemployment rate now stands at 11.9%, according to GDOL, an increase of 7.3% from last month.

The overall number of employed residents is now its lowest in eight and a half years, and the total number of jobs is the lowest in six years.

According to the state, more than 300,000 food services and accommodation workers account for the total of unemployed, and more than 170,00 trade workers are now unemployed.

Additionally, 150,000 healthcare and social assistance employees are out of work with that industry grappling with the dynamic that while many hospitals have treated waves of COVID-19 patients, those waves have now subsided and most of the rest of the public continues to stay away from medical facilities for non-coronavirus reasons.

GDOL Commissioner Butler sounded an optimistic note, however, that as the economy reopens, it will do so more quickly than in the past.

"The cause of this high unemployment rate differs greatly from that of the previous record, and I have no doubt that we will recover just as quickly and get back to our record lows once again," he said.

How to get a free COVID-19 test in Georgia

Social distancing 1 week earlier could have saved 36,000 lives in US, study suggests

A closer look at COVID-19 cases in Fulton, Cobb counties