Georgia saw almost as many cases in July as all of March, April, May, and June combined. 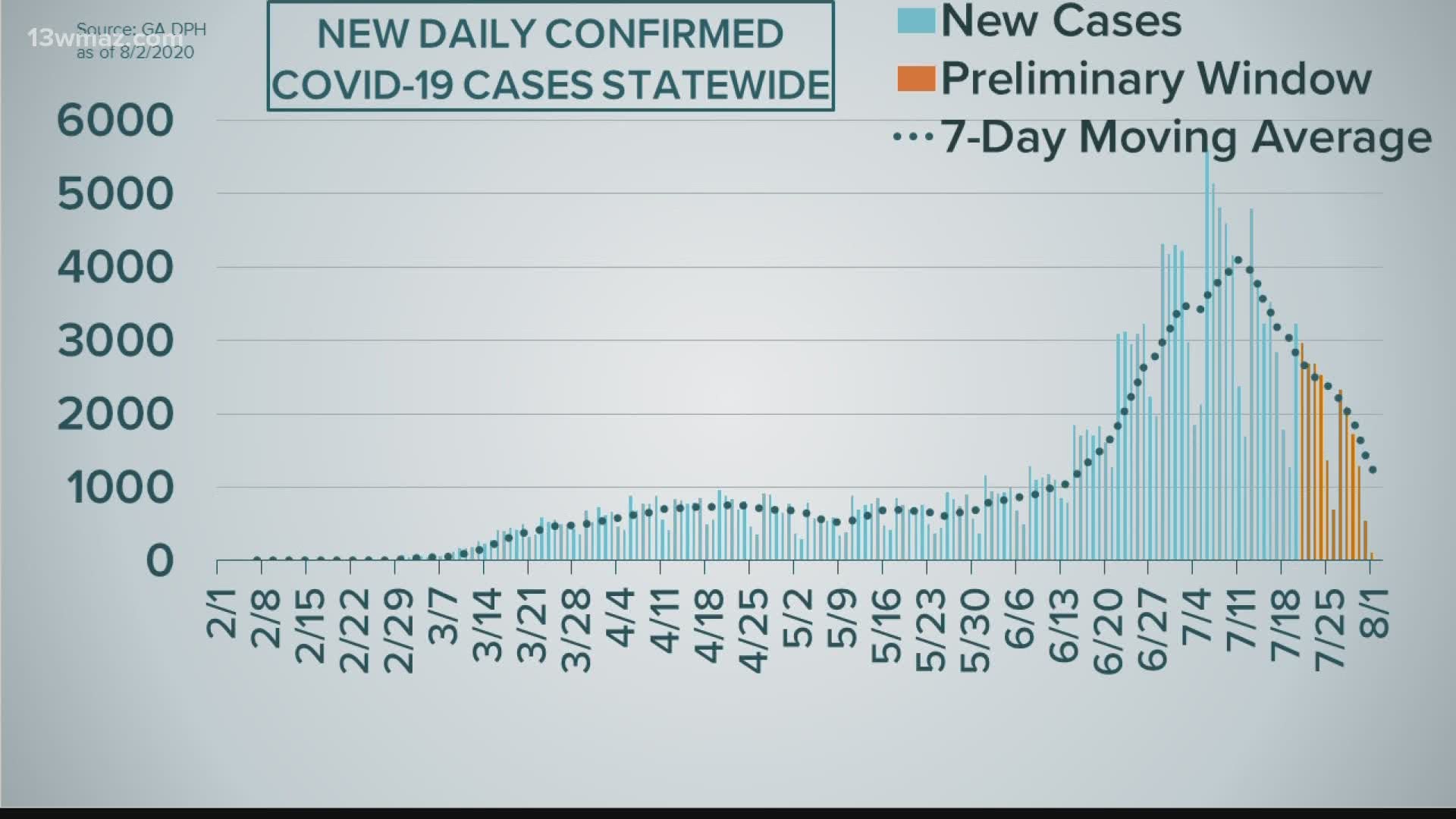 MACON, Ga. — As many schools and colleges across Georgia prepare to welcome back students this month, there is a drop in the average number of new COVID-19 cases for another week.

However, according to the latest data from the Georgia Department of Public Health,  the state still averaged more than 3.5 times as many new cases just outside of the two-week preliminary window compared to the peak in April. Changes are expected even outside of that window though because some labs are taking significantly longer than others to report positive cases.

Even if cases were to drop at the same rate they increased between the low point in early May and the peak in mid-July, that would mean it would be around mid-September before the state reached that level again.

Credit: WMAZ
Department of Public Health numbers show a small, but steady drop in the average number of new hospitalizations per day.

A hint of good news for hospitals and those on the front lines. Right now, the state is averaging about 282 new COVID-19 hospitalizations a day, which is a small, but steady drop from an average of 300 less than two weeks ago.

There is still a long way to go. Georgia still averages about 4.5 times as many new hospitalizations compared to a dip down to 63 at the beginning of June.

Deaths are also still rising. Over the past two weeks, about 45 people a day died from COVID-19 in Georgia. In April, the number was around 31 people a day.

There is a lot of change in the moving average during the two-week preliminary window, and with the lag in the time it takes for the state to get death reports from hospitals, death certificates, and coroners, it's difficult to pinpoint in which direction this graph will move in the coming weeks.